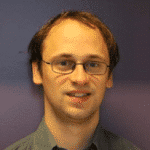 Bert Leysen (left) is a Belgian general practitioner at the Department of Primary and Interdisciplinary Care, Faculty of Health and Life Sciences, University of Antwerp. He is on Twitter: @leysen_b

Johan Wens (right) is a Belgian general practitioner and Professor at the Department of Primary and Interdisciplinary Care, Faculty of Health and Life Sciences, University of Antwerp. (johan.wens@uantwerpen.be

As academics and GPs involved in bereavement care, we would like to add our thoughts on the current “mass grief experience” caused by the COVID-19 pandemic.

GPs will always be involved with the bereaved. As all GPs know, general practice has a special relationship with public health. The ‘Compassionate Cities’ movement considers grief to be a public health concern.1 This pandemic could make this insight more understandable for large audiences.

Particularly, we would like to highlight the importance of context in delivering an optimal response to mass bereavement, as suggested by the Context and Implementation of Complex Interventions framework.2 One important aspect of context is the workplace.

While preparing for a symposium on “bereavement care at work” in December 2019, the authors (from Belgium) surveyed colleagues in Europe about  their national bereavement leave policies. We got responses from 9 countries (Finland, Ireland, Lithuanian, the Netherlands, Slovenia, Spain, Switzerland, Portugal, UK). This is what we found.

[We] surveyed colleagues in Europe about  their national bereavement leave policies.

In Belgium, when a close relative of an employee dies, this employee has the right to leave work while being paid, even without medical certification. The number of days depends of the proximity of degree, being three days for first-degree relatives, two days for cohabitating second-degree relatives and only the funeral day for non-cohabitating second-degree relatives. However whilst the new federal government declared that fathers should have longer paternity leave, they kept silent about more progressive regulations for bereavement leave.

Three countries have laws granting paid bereavement leave to all employees, like Belgium. Portugal grants two or five days, depending on the degree of proximity, and 14 to 30 days for the special case of miscarriage or medical termination of pregnancy based on social security support (only for women). Spain grants two to four days (four days only when the employee must travel to another city to pay a mourning visit to family members). Slovenia grants one paid day to all employees by the general law, but many professional sectors add up to three paid days in their collective regulations.

The Lithuanian code of work considers up to five calendar days of unpaid leave in case of death of a relative.

In The Netherlands, employees can take some days off for any type of calamity, including bereavement. This ‘calamity leave’ is meant to be short-term, and is usually paid, but not always since employers have discretion as to how they handle it.

This type of freedom for employers in deciding bereavement leave policy is also found in Ireland, Switzerland, and the UK. Whether bereavement leave is paid or not depends on the company or business sector. In Ireland, the public sector agreed that there is paid compassionate leave of 20 working days for public sector workers who lose a spouse or a child. The ‘standard’ in other Irish sectors is one to five days, depending of proximity degree.

Not all countries prioritize bereavement care and/or bereavement leave upon the death of a close family member. From a public health perspective, this is a missed opportunity.

So what are the implications?

Policy makers should understand the impact of bereavement on employees, and how a caring workplace will even lead to greater long term productivity. A well-thought out national bereavement leave policy shows that a country cares about their bereaved workers.

Policy makers should understand the impact of bereavement on employees.

GPs and their allies should convince policy makers and business leaders that bereavement leave should not be left to the goodwill of their boss. To do so effectively, we should build up more research evidence on the health effects of bereavement leave, with international sharing of knowledge and skills.

A possible first step in studying public health effects of bereavement leave would be to register in detail which rights an employee has when confronted with the loss of a relative. International prospective studies with hard mortality, morbidity and financial outcomes would be a very interesting next step.

Featured photo by Shane on Unsplash