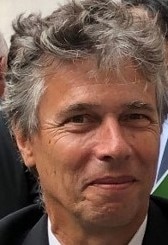 John Spicer is a GP in Croydon, and teacher of ethics at St George’s University of London. He is on twitter: @johnspicer3

Readers of the BJGP will be familiar with the idea of bullshit, in its tangible or rhetorical form, perhaps depending on their practice location. However my aim here is to recommend a source of commentary on the phenomenon: ‘On Bullshit’ originally published in 1986, and again in 2005, by the eminent US philosopher, Harry Frankfurt, now aged 92.1 He is most famous for his analysis of freedom of will, a subject that any GP has to know something about in daily work, but here I am concerned only with his thoughts on bullshit.

I daresay GPs often think ‘…what bullshit…’ , or perhaps more polite equivalents, when confronted with NHS management-speak or the new guidance on pretty much anything that crosses our busy desks; though Frankfurt aims to be rather more analytical. At one point he opines:


…it is assumed that we are all bound to an ethical duty never to lie to our patients.

‘Just as hot air is speech that has been emptied of all informative content, excrement is matter from which anything nutritive has been removed’
Of which it can be truthfully said much NHS paperwork is characteristic. Truth in itself is a key theme within On Bullshit, and consideration of the nature of lying, deceit, falsehoods and the like is important to health care practitioners as it is assumed that we are all bound to an ethical duty never to lie to our patients. Such a virtue is almost a sine qua non of clinical practice. Frankfurt helps us to realise that there are many states of utterance that are not quite a lie, but could be characterised not very far from it. Even St Augustine, we are reminded, described eight kinds of lie, only some of which were grievous enough to be sinful. Frankfurt declares:

‘It is impossible for someone to lie unless he thinks he knows the truth. Producing bullshit requires no such conviction’

Imagine, if you will, a senior politician or officer of the state who feels able to break the law repeatedly. Clearly this could never happen in a modern democratic country, but it is useful as a thought experiment. Such a person may not know or care whether he has broken the law, and could claim innocence without similarly caring as to the disposal of the charges or indeed any secondary effect they might have. Such protestations would fulfil Frankfurt’s criteria for bullshit, and could allow the politician  to remain in office with impunity if so.

Whether the GMC, or indeed the courts, would be impressed by such a defence to a charge of poor performance is as yet unknown, but can be guessed at. Frankfurt might just accept it if he could be persuaded that the putative offender thought he knew it was so. However the characterisation of our nation’s first officer’s emissions as bullshit holds more water in that view, and is evidently philosophically sound.

Closer to home, we should consider our own clinical behaviour: are there times when we shave the truth into lesser declarations and perhaps even, offer bullshit to our patients?

…are there times when we shave the truth into lesser declarations and perhaps even, offer bullshit to our patients?

When explaining matters with which we are not totally familiar, or make a decision in the absence of full information, or temporise in awkward situations, or persuade colleagues into actions by ‘buffing’ the full facts, or holding airily forth in a collective meeting, are we not in fact bullshitting ?
The essence of the matter here could be said to be a misrepresentation of a state of affairs that the speaker may or may not believe in.

I have already suggested that the virtue of truthfulness could or should be integral to clinical practice, and indeed the implication of Good Medical Practice is that we should never be held in a lie, perhaps in response to a direct question.2 Kant would insist on such a view of truthfulness too, though Frankfurt, more aware of human vicissitudes, would be a little more elastic, and acknowledge that bullshit is a necessary product of human interaction. Even perhaps within the clinical interaction. Depressingly he concludes that even the virtue of sincerity [which we might wish to ascribe to good clinicians too] is potentially bullshit too.

For me the most telling descriptor of bullshit that Frankfurt argues for is that those who speak it [who appear to be getting more prolific] are illustrating :

‘….. this indifference to how things really are….’

To return to our thought experiment of the high politician behaving with impunity, it is evident that the indifference of which Frankfurt speaks is illustrated in such a case, and the moral void it defines can be filled with bullshit. It’s a useful moral comparator for those of us with higher professional standards, including, one assumes, the readers of this journal.

Episode 072: The NICE traffic light system to assess sick children is not suitable for use as a clinical tool in general practice