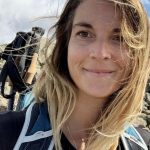 Emma Presern is a GP trainee in Hackney, London with an interest in lifestyle and preventive medicine.

I’ve always been drawn to specialties where medicine can be practiced holistically. It’s one of the reasons I applied for GP training and am currently undertaking a diploma in lifestyle medicine. My last post as a second year GP trainee was a six month placement in palliative medicine at a well-known inner London hospice. Whilst on this rotation, I came across patients who suffered with ‘total pain’, a term which describes the existential, psychological distress that is unique to those facing a terminal diagnosis. These patients were often young, and were understandably struggling to come to terms with their early mortality, leading to a crisis of meaning for the patient with thoughts of “why me? Is there any sense to this life, to the universe?”

….a crisis of meaning … with thoughts of “why me? Is there any sense to this life, to the universe?”

This distress manifested in uncontrolled pain, for which strong opioid medications would initially be prescribed and uptitrated, often with significant side effects. Yet often their ‘pain’ would not improve. Existential distress at the end of life often bears the hallmarks of other mental health conditions that are associated with an overactive default mode network (DMN). This is the area composed of the medial prefrontal cortex, the medial temporal lobe (amygdala and hippocampus) and the posterior cingulate cortex. These regions in our brains are often associated with the ‘ego’, and are far more developed in humans compared to other species. They are active by default when there is no task at hand, and the DMN is therefore associated with day-dreaming, mind wandering, thinking about the past or planning for the future. If the neural connections in the DMN become overactive, this can lead to obsessive self-reflection and negative thinking.1 The ego can turn inward, individuals can become hypervigilant, closing off from investing in the world around them and/or their loved ones. These are all symptoms of a range of psychological disorders including anxiety, depression, OCD, PTSD. Terminally ill cancer patients, for instance, often talk about feeling “existentially alone” when interviewed.2

And yet, the usual treatment resources used for mental health conditions (often a combination of pharmacotherapy in the form of anxiolytics, antidepressants and talking therapy) do not appear to work well in palliative cancer patients. One could argue that they are often quite limited in efficacy in mental health conditions too, and commonly accompanied by negative side effects, but that is a topic for another conversation. If there’s an answer, it is likely going to be spiritual in nature rather than purely pharmacological. And this is what psychedelic therapy in palliative patients has been shown to achieve – a recalibration of how we die.

Psychedelic means ‘mind manifesting’ and the majority of these compounds act on the serotonin 2A receptor pathways, altering consciousness in a novel manner.3 It was the author, Aldous Huxley, who initially proposed the idea of using psychedelics in palliative patients. He felt this would help them approach the concept and process of death from a more spiritual, less strictly physiological perspective.2

In a 2016 NYU randomised control trial, psilocybin (the active ingredient in ‘magic mushrooms’) produced immediate, substantial and sustained clinical benefits in terms of reduction of anxiety and depression. They also demonstrated decreases in cancer related demoralisation, and hopelessness while improving spiritual well being and quality of life.4 A larger 2016 study of 51 terminally unwell patients at Johns Hopkins also demonstrated that one high dose psilocybin treatment in conjunction with psychotherapy caused significant and enduring decreases in anxiety and depression, along with increases in quality of life, life meaning, optimism and decreased death anxiety.5

Psilocybin produced immediate, substantial and sustained clinical benefits in terms of reduction of anxiety and depression.

Being aware of the research that had been conducted, I felt a deep sense of injustice and helplessness that there were drugs out there that could help these patients who were suffering greatly, yet, because the political, social and cultural war on psychedelics started in the Nixon era created such an effective and negative propaganda campaign, these compounds were placed into schedule 1 (along with MDMA, another relatively safe compound that has had significant results in the treatment of PTSD).6 Facing the most stringent restrictions, they are classified as having “no medical value and a high potential for abuse and addiction”. For most psychedelics, this is just not true. Diamorphine (heroin) and methadone are in schedule 2 in the UK.7 But schedule 1 drugs are not allowed to be prescribed by doctors in the UK. I find it difficult to think about the millions of patients across the world who have been potentially missing out on effective, life changing treatments. These compounds are amongst some of the safest drugs available when used therapeutically, compared to almost everything we use in modern medicine, including many over the counter medications. Professor David Nutt, the former chief government drug advisor who was sacked in 2009, published a paper in the Lancet that ranked psychedelics as “among the safest drugs we know of”, and found alcohol was more than ten times as harmful, ahead of heroin and crack cocaine.8

The tide is changing, however, and well known institutes such as Johns Hopkins, NYU, Imperial and Kings have published results and are conducting ongoing studies. They have been researching the multiple therapeutic benefits of psychedelic therapy to treat a number of conditions. Studies have been conducted looking mainly into psilocybin, but also DMT, ayahuasca and LSD. Although not technically a psychedelic, phase 3 results for MDMA therapy for PTSD are expected to be published in 2022 in the USA.6 Ketamine therapy is already underway, given that it is already widely used in the medical field.9

As doctors prescribe far more dangerous medications on a daily basis, often with less efficacy and sometimes dubious research behind them, I believe the time has now come to put more pressure on the government into reviewing their classification of these compounds, and follow the example of other places like Canada, certain states in America and Portugal. We need to dispel the myths surrounding psychedelics, and have open and honest conversations about their potential. The psychedelic renaissance is happening, and we, as healthcare professionals, should be at the forefront of the conversation both within our fields, and with the wider public, in order to ensure our patients have access to these life-changing therapeutic treatments.

As healthcare professionals, we have all come across many individuals who suffered psychologically, and needlessly, in the last stages of their life. As a doctor I found it all the more distressing to know that they could have been helped to a more dignified death.

Featured photo by Goashape on Unsplash

Whose time is it anyway?