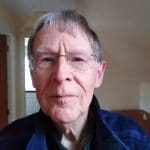 Dr Stuart Hannabuss is an honorary chaplain at the University of Aberdeen and an NHS counsellor.

Fake news spread around can be dangerous, above all when it takes the form of a medical myth or conspiracy theory. We only know what we know we know, of course: knowledge paradigms, though regularly changed by emerging evidence, shape rational inquiry and its underlying assumptions. Quine’s idea (in From a Logical Point of View, 1961) of core and peripheral beliefs applies within any community, and illuminates the thinking and practice of the wider society, such as patients, as much as of medical practitioners.

For practitioners and professionals, the usual test for knowledge and belief is verifiability, or at least likelihood, given what we think we know of risk and probability. We aspire to rationality, knowing we often get it wrong. Products are marketed robustly, big pharma is accused of bad science, funding intrudes, symptoms may be missed, patient expectations soar, patient ratios topple, demographics morph, time is always short and rational thinking hard. The evidence to hand may be merely plausible, inferences misguided, diagnosis hasty.

What practitioners and patients think they know

We are, then, ‘where we are’ where both practitioner and patient knowledge and beliefs are concerned. We both look back to knowledge and practice in the past – to earlier ideas about bleeding patients as a cure, or using leeches – and forward as we learn about new research – such as genome sequence analysis of coronavirus. In the now, we once again reflect on whether to advise chiropractic for slipped disc, advise against using essential oils, or refer a patient to a consultant or a drug counsellor.

The patient’s story …. is often a pastiche of lay and medical lore, yet also a unique insight into their lifestyle and psychological resilience.

We want to get to know the patient’s ‘story’ – the ethnographic picture of their own symptoms, expressed in their own words. This is often a pastiche of lay and medical lore, yet also a unique insight into their lifestyle and psychological resilience, and their understanding of pain and risk. There are times when patients reveal large areas of denial, ignorance or even superstition – smoking, bereavement, using home remedies like garlic and fish-tank-cleaner against flu, attributing coronavirus to bat soup, Chinese food, or 5G telecoms.

Fake news and conspiracy theories have always been around. Yet, for all their beguiling plausibility, they are culturally and psychologically very powerful because they often shape and  predetermine how patients react to offers of treatment and medication. In 2019 reports from Pakistan suggested that polio injections were a Western conspiracy to sterilise Muslim children. The MMR debate has not gone away. A recent BMJ study on weight loss suggests that skipping breakfast does not necessarily lead to over-eating later in the day ‘a has previously been thought’, a phrase which implies that practitioners and patients alike are likely to have believed that.

Pseudo-evidence awaits exposure … fake news is all around.

Pseudo-evidence awaits exposure as knowledge and experience grow for all of us: the dialogue between practitioners and patients is susceptible to many tantalising detours into error. If ‘fake news is all around’, it is a matter of interest and concern for us all, above all via the internet and social media.

This encourages us to do two things: one is to examine what we know we know as practitioners, and what steps we have taken to move on from what we regarded as erroneous knowledge and practice; and secondly to examine the social and cultural context within which we practise, in particular what kinds of knowledge and belief are shared and changed during interactions between practitioners and patients.

It is by no means unique for medical practitioners to face such challenges – ‘change is the only constant.’ Social media saturation has made us both more gullible and more sceptical about medical matters, and so prey to what the seventeenth-century physician and theologian Sir Thomas Browne (1605-81) referred to as ‘vulgar [or popular] errors.’

This encourages us to …. examine the social and cultural context within which we practise.

Browne studied at Oxford, Leiden and Montpellier, cutting-edge medical schools at the time, absorbing the ideas and mastering the techniques of Rivière and Gassendi. In his lifetime Harvey’s study of the circulation of the blood appeared (in 1628), as did Boyle’s influential Skeptical Chymist (in 1661).

He himself wrote his MD thesis on smallpox and practised medicine for many years in Norwich, using remedies such as cupping, purging and bleeding, as his medical knowledge and available pharmacopoeias prescribed, checking for symptoms and recording his observations. Typical complaints were pleurisy and scarlet fever, worms and consumption; typical treatments included mineral (e.g. mercury) or plant medications (he grew many of his own). He knew that many physicians, surgeons, apothecaries, and midwives were untrained, though professionalisation was a growing cause.

Browne is a fascinating eclectic for medical ideas and practices, and as such he offers a useful insight into the intellectual and scientific cross-currents of the time, not only as a physician but as a theologian, in his famous Religio Medici. And he was an antiquary too. It was a time when the traditional ancient medical notions of Galen and Hippocrites were being revised and debunked, above all the theory of the four humours, which claimed to explain both physical and mental states, and that of the heart as the centre of vital spirits and mind, rather than the brain.

So interested in ‘vulgar’ or popular errors was Browne that he compiled a book about them called Pseudodoxia Epidemica. The first edition appeared in 1645-6, and later editions and translations appeared well into the eighteenth century. It was his critique of the medical myths and fake news of his time. The strange title means ‘false sayings that spread round and about’. He says that errors arise ‘from the infirmity of human nature’, and ‘our understanding is so feeble in the discernment of falsities and [of] averting the errors of reason.’

Browne … compiled a book … called Pseudodoxia Epidemica. It was his critique of the medical myths and fake news of his time.

It is a unique and encyclopaedic work, drawing on a wide range of contemporary sources including Mersenne and Gesner, as well as classical ones such as Aristotle. Like Pliny, he says he was ‘greedy for marginalities.’ In his Certain Physiological Essays of 1661, Robert Boyle complimented Browne on his work. His curiosity took Browne into seven areas of knowledge – from the alchemical claims of Paracelsus to whether ferrous minerals should be used as laxatives – ‘the evacuation of grosse humours’ – to errors in the Bible and arising from religion.

He discusses remedies for inflammation, dextrality and the brain, physics to protect the windpipe from ‘rheums’, whether Jesus had long hair, and whether the stars affect human health.

He concludes that ‘there are many relations whereto we cannot assent, and make some doubt thereof, so there are divers others whose verities we feare, and heartily wish there were no truth therein… the vicious examples of ages past poison the curiosity of those present, affording a hint of sin unto seduceable spirits, and soliciting those unto the imitation of them, whose heads were never so perversely principled as to invent them.’

Browne was fascinated by the lived experience of his patients, and above all in their beliefs – about life, religion, and above all medical matters, true or false. Many of his patients turned to home or herbal remedies, just as they do today. Folk medications using spiders’ legs, owls’ eggs, or the piss of a toad are no stranger than injecting bleach or using fish-tank cleaner to protect against  coronavirus are today. Gerard’s Herball appeared in 1597 and was one of many available throughout the seventeenth century; indeed, Culpeper’s drew not just on botanical knowledge but on astrological beliefs as well. In those days, we all tried it at home.

Many of his patients turned to home or herbal remedies, just as they do today.

Like Pepys (who records in his diary of visiting the plague-pits in London impelled by insatiable curiosity – he mutters ‘God forgive me!’), Browne is as much a cultural historian and ethnographer as a medical sceptic, fascinated by the rich contradictoriness of human nature, knowledge and belief. Many of his patients thought that dissection was wrong because it prevented the body from rising at the resurrection. Others placed faith in their apothecaries: Jane Austen’s letters speak about this often. Placebos seem to work if patients believe in them enough, and miracles sometimes happen. Public hygiene and the sterilisation of instruments were a long way off.

From past to present

Being a physician in the seventeenth century has more than a few similarities with being a medical practitioner today – a time of radical change, the politicisation of medical policy, universal travel, and an influential alt-medical vox populi that shapes people’s take up of treatments. Celebrity endorsement, ethnic and faith-based sensitivities, moral panics, medical nationalism, the very character of the epidemic as a war – a frequent metaphor used by patients in hospital is that they see themselves as castles under siege. There was and is much to confuse and discourage  acceptance of conventional medicine.

Being a physician in the seventeenth century has more than a few similarities with being a medical practitioner today.

Thomas Browne’s life and times unexpectedly shed light on the twenty-first century. Bill Bryson in his book The Body : A Guide for Occupants (2019) says that ‘we pass our existence within this warm wobble of flesh and yet take it almost entirely for granted.’ Browne tries in his way to sort out the true from the false, never easy when plausible pseudo-evidence whispers, or even shouts, in our ear. When truth is clouded by falsity and evidence is not rationally scrutinised, we shift from generalised concern about fake news to serious concern about medical errors – from diagnosis in the surgery to resource allocation for public health. Decision-making seems easier today but is also much harder. Presenting with an ague remains a complex affair for both practitioner and patient.

Grimes, David Robert (2019) The Irrational Ape : Why Flawed Logic puts us all at Risk, and How Critical Thinking can Save the World. London and New York, Simon & Schuster. Topical study, one of many.

Doctors Get Cancer Too: Book Review