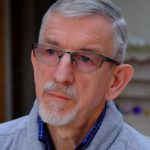 Lyn Jenkins is a retired GP/ophthalmologist. He is currently a bereavement support volunteer for Cruse Bereavement Care and coordinator of the campaign group In My Own Bed Please which advocates for better palliative care at home in emergencies and pandemics. He is on Twitter at: @lynjenkins16.

From my perspective – as a former GP, and now a bereavement support volunteer and co-ordinator of a campaign group (In My Own Bed Please – Advocating Better Palliative Care At Home) – I sense that general practice has lost its way. Just as climbing CO2 levels and loss of habitat are causing the climate and ecological crisis, a gradual erosion of access and compassionate responsiveness is causing a loss of confidence and trust which will eventually render primary care ineffectual.

As a patient I see GP disengagement, exacerbated by the switch to telephone and virtual consultations, as part of a reduction of responsibility on our behalf. We find it increasingly difficult to see our GP face-to-face in a timely fashion and no longer see them as the person to go to in an emergency. Long gone is the time when our GP would be the first port of call day and night. Some GPs now think nothing of delegating clinical decisions – such as whether to call an ambulance, attend casualty, have a home visit or come to the surgery – to their receptionist.

I sense that general practice has lost its way.

Sarah Mitchell’s recent survey of the experience of community based health care providers during the pandemic (Community end-of-life care during COVID-19: Findings of a UK primary care survey — University of Edinburgh Research Explorer) has revealed a failure at the heart of general practice – GPs expressing a sense of ‘moral distress’ at their own level of involvement, combined with the plight of community nurses left to cope, unsupported, with those dying at home – suggesting to me that it’s time for a rethink.

In my day, I would have considered it a failure to tell a patient to call an ambulance or go straight to casualty other than in exceptional circumstances. I would make home visits on request day and night and stay up with patients until they got better or died in situations where hospital admission would not be life-saving. The downside was shouldering a high level of responsibility and risk with the consequent possibility of burn-out. For me that resulted in a 6 year period out of general practice in order to recover as well as setting up a local counselling service for GPs.

Perhaps I was naïve or even negligent to think I could take such responsibility, but I know I wasn’t the only one. It seems looking back, to have been the golden age of general practice in the UK. Primary care was a popular career choice and new jobs were heavily over-subscribed. The sense of independence that running your own business gave you allowed for individualism and innovation.

There was a sense of both being the patient’s advocate and the conductor of the medical orchestra (a phrase originally coined by Sir Theodore Fox – editor of The Lancet ) – combined with controlling the use of NHS resources.

The sense of independence that running your own business gave you allowed for individualism and innovation.

As a result, as patients, we trusted our GPs to do the best for us and felt they would listen to whatever concerned us. Accident and Emergency departments were for situations of extreme emergency, not a substitute for a GP appointment. There were sufficient emergency appointments and home visits to cope with demand and most practices had an internal on-call rota that allowed for recovery after a night on call.

No doubt the transformation we have seen in primary care over the past 50 years is due to many factors and as a GP during much of this period I have to take a degree of responsibility, not unlike the responsibility we elders have for the climate and ecological crisis. Here are a few possible candidates – in no particular order:

2) Improvement in hospital-based interventions for acute conditions such as coronaries, strokes and asthma

3) The decision to give up out-of-hours commitment

4) The closure of cottage hospitals

6) The marketisation of health care

I have no doubt that many of the aforementioned factors have resulted in improved outcomes as far as patient safety and longevity is concerned, but here’s the rub – if they have also resulted in loss of trust, then the role of the GP is fatally undermined. Without trust a GPs job is worthless – they become as an algorithmic intervention – and not as good as one either.

In addition, loss of trust in GPs is expensive for the NHS because the GP can no longer be a gatekeeper. Patients will demand a specialist opinion even when the GP says it is not necessary and so the GP becomes extraneous and their role is one of facilitator and monitor rather than therapist and advocate.

I am not expecting to put the clock back and, no doubt, I am wearing rose-tinted spectacles, but I see general practice becoming less and less attractive to newly qualified doctors and less and less responsive to patients needs. In the long term, on the basis of current trends, GPs are at risk of being replaced by computer driven algorithms and hospitals and hospices becoming the only in-person heath care providers – to the detriment of all.

…. a systemic problem …. the powers that be show no sign of resolving it.

I do not see this as the responsibility of those now in practice but as a systemic problem. However, the powers that be show no sign of resolving it and the current crisis in primary care will not help.

What can we do?

If I try and imagine being back in harness right now I might resent some old codger telling me what to do. How can I possibly know the pressure you have been under, culminating in the unprecedented demands of the pandemic? What right do I have to pontificate about how to improve things when I am not on the ground?

I invite you to think of me as an uncle who you’ve come to for advice – someone who has your best interests at heart and believes strongly in the importance of primary care for the well-being of patients and the cohesion of our society. You tell me that you are disillusioned and at the end of your tether. This was not what you became a doctor for and you are seriously thinking of giving up and doing something completely different. Well, here is my advice – given with the affection and good-will that an uncle would have.

Perhaps now is the moment to grasp the nettle and take back control. I expect it will feel counter-intuitive and involve increased work initially, but I believe it will pay dividends in the long-term. I recommend that you do whatever it takes to re-engage with your patients and re-establish trust – become more accessible, not less.

Return to individual lists and initiate the difficult but important conversations. The end-game of the pandemic allows for a rethink, a recalibration, an opportunity to do it differently. Avoid the slippery slope of continuing with telephone and video consulting. Get back to face-to-face consultations in the surgery and at home. To extend the ecological analogy, you could call it a ‘Green Recovery’.

I want to be able to see my particular GP when I need, so that I develop a trusting relationship. That way, when you reassure me that I don’t need a scan or a referral, I will take your word for it. When you tell me it would be a good idea to make an Advance Care Plan, I will be motivated to make one. When you tell me that having a Covid jab is a good idea I will be more likely to have one.

At the moment I get the impression that many of you feel sidelined and demoralised. The pandemic has not done you any favours because you have further lost your sense of independence and self-worth. Each practice must now decide whether to carry on along this trajectory or make the leap into a new, more satisfying and exciting ‘wild world’.

When you retire I hope you will not feel the need, when asked what sort of doctor you were, to say – ‘only a GP’ or ‘just a GP’ – or add the significance of your ‘special interest’, as I find myself doing, in order to appear more impressive. I hope you will be proud of your role and your contribution and the fact that, despite all the prevailing disincentives, you have truly been there for your patients. You will not feel the weight of ‘moral distress’ on your shoulders but the satisfaction of an important job well done.

Amar Rughani reflects on the opportunities offered by retirement. A lifetime of service to the community