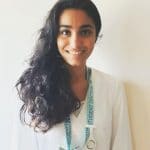 Aiman Aslam is a medical student at the University of Cambridge with an interest in primary care.

The Society of Academic Primary Care (SAPC) held a medical student essay competition and it was won by Aiman for her essay.

Currently over 850,000 people live with dementia in the UK, a figure expected to exceed 1 million by 2025, necessitating investment into dementia prevention and support.1 Primary care is important in both pre-diagnostic and post-diagnostic domains, emphasising the chronicity of the illness, and the longitudinal, multifaceted role of the GP.

‘I still don’t know much about dementia — everyone gets memory problems later in life. And there isn’t even a word for it in my mother tongue.’ — Mrs X.

This markedly reduced public awareness surprised me given that dementia has become the leading cause of death in the UK, responsible for 12.8% of registered deaths in 2018.2

My practice has thus evolved to consider that where possible, I should facilitate open discussion regarding commonly known factors that may not be widely known to relate to certain illnesses. For example, there is a well-publicised association between hypertension and heart disease; however, less well known is its link to dementia.3

Making individuals aware of lifestyle changes to reduce risk of hypertension, and hence cardiovascular and neurodegenerative risk, could also tackle misconceptions earlier on, such as dementia being an inevitability of ageing, while concurrently elevating dementia’s status as a critical public health issue.

Observing the GP thoroughly and empathetically answering Mrs X’s questions, which revealed her fear of this relatively unfamiliar condition, highlighted to me the clinician’s role in both recognising societal stigma or misconception, and actively deconstructing these.

The added intersectionality of being older and of an ethnic minority background poses a challenge in the face of existing health inequalities. For example, the relative lack of awareness of dementia among South Asian communities may hinder individuals from seeking help when signs first appear, and getting earlier diagnosis and appropriate support.4

This concept of clinical flexibility within the multicultural society has informed my practice on a wider level, highlighting the need to understand cultural variations in perceptions, which may influence health outcomes and decisions, particularly in later life.

Unmet demand for publicly funded services means that unpaid carers, often relatives, are relied on more heavily to provide care … family members acting as carers must not be forgotten.

Being in my first clinical year, my consultation technique is continually developing; researching these variations has put me in a better place to engage in culturally sensitive discussions with patients.

Loneliness could be considered a wider determinant of health that can be tackled in primary care. It has a multidimensional effect on health, with meta-analysis of 40 systematic reviews indicating significant association between all-cause mortality and social isolation and loneliness.5

There is value in researching the population profile and community services available for ‘social prescribing’ to address patient needs holistically. Inclusivity combats marginalisation of the older population, with locally derived solutions enabling them to participate in their locality. Given the relationship between loneliness and increased risk of developing dementia,6 a two-pronged approach must be taken — as a modifiable factor it can be intervened on to reduce its role as a risk factor for reduced cognitive functioning, and we can also tackle the exacerbated isolation that dementia patients may face.

Actively listening to Mrs X’s concerns pushed me to recognise the reciprocal interactions between physical, mental, and psychosocial health. While diagnosing and managing the overt problem is key, focus should remain on the individual rather than the impersonal triad of age, sex, and presenting complaint.

Unmet demand for publicly funded services means that unpaid carers, often relatives, are relied on more heavily to provide care. A correlation exists between unpaid care, especially at higher intensity, and likelihood to leave employment.7 In turn, there is an association between unemployment and poorer general and mental health.8

Additionally, chronic stress associated with long-term dementia caregiving is shown to increase vulnerability to illness and subsequent inability to continue providing adequate care,9 negatively affecting both caregiver and recipient. Hence, my practice has evolved to consider that outcomes for family members acting as carers must not be forgotten.

While diagnosing and managing the overt problem is key, focus should remain on the individual rather than the impersonal triad of age, sex, and presenting complaint.

I have learnt the importance of considering wider determinants of health such as employment, which reinforces the holistic nature in which a consultation should be led. It is also essential to recognise whether to discuss the physical and emotional wellbeing of the caregiver in a private consultation where they could air their health concerns without making the care-recipient feel like a burden, and benefit from psychological, informational, and practical support.

Observing sensitive communication with both the patient and daughter has encouraged me to develop my ability to maintain multiple channels of communication by recognising that patient-centred care, such as in the context of dementia, often can, and should, involve relevant family.

In conclusion, I am grateful to have witnessed a consultation that encapsulated the essences of primary care: empathetic communication, culturally sensitive flexibility, and efficient planning.

I am better at understanding health inequalities — the first step to tackling them — as well as the implications of dementia as a modern public health issue. This is highly transferable to my practice progressing through various specialties in medical school, and beyond, particularly in the context of our ageing population.

Although the necessity of hand hygiene is well known, regular monitoring of technique compliance is required.

Two final year medical students share their experience of OSCEs, where they and their BME peers

Socially excluded populations have some of the worst health outcomes relating to mortality, morbidity, service use