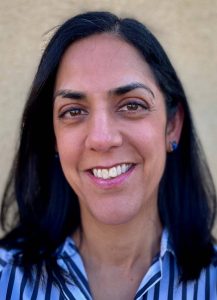 Nada Khan is an Exeter-based NIHR Academic Clinical Fellow in general practice and an Associate Editor at the BJGP. She is on Twitter: @nadafkhan

If you could afford it, would you pay to get quicker access to healthcare?  Leaked minutes from a Scottish NHS chiefs meeting suggest that within a discussion about the unsustainability of the current service in NHS Scotland, senior leaders mentioned the possibility of designing ‘a two-tier system where the people who can afford to go private’.  The BMA slammed the discussion, but aren’t we already ‘sleepwalking’ into a two-tiered healthcare system?

More people are paying for private insurance in the UK, and out of pocket expenditure is increasing faster here than in any other G7 nation.

The UK has always had a parallel private healthcare system alongside the NHS, and as waiting times increase, the proportion of people self-funding their treatment in both primary and secondary care is increasing.  A report published by the Institute for Public Policy Research (IPPR) in 2022 described how the COVID-19 pandemic accelerated an existing decline in access to healthcare, creating ripe conditions for a growing two-tiered health care system.1  More people are paying for private insurance in the UK, and out of pocket expenditure is increasing faster here than in any other G7 nation.   The IPPR report looked at people’s intentions regarding private healthcare, and it’s not surprising that 12% of people who found it difficult to access the NHS either used a private alternative, and 26% of people thought about using private care in the future, but those more likely to access private care were richer, and older.1  People who would wait for treatment in the NHS did so primarily because they couldn’t afford private healthcare, which suggests that it’s not the principle of staying in the NHS that is the issue, it’s the cost; reinforcing an inequitable system where those who can afford will go private, and those who can’t have to wait.

The premise of the leaked minutes from the NHS chiefs meeting in Scotland was that getting some people to go private would take a clinical load off the NHS, freeing up services for everyone else.  But what is the impact of private finance on public health care systems?  Specifically, does a parallel private system really provide a ‘safety valve’ that reduces pressure on the public system and reduces waiting lists and times, or does it divert resources from the public sector, increasing public-sector waiting times and lists?  Research into these questions support the latter scenario.  The interactions between public and private health systems are complex, and previous modelling has demonstrated that increased private sector activity is associated with increased public sector waiting times, which is the reverse of ‘the rhetoric supporting policies to increase support for the private sector in order to ‘take the burden off the public sector’.2  Similar results were found in other settings, leading the authors of one comparative review to conclude that there is no compelling international evidence that a parallel private and public system reduces overall waiting lists or times.3  NHS chiefs and policy-makers should be cautious about assuming that diverting patients to the private sector will take pressure off the NHS and reduce NHS waiting times.

The reasons why this happens are multifaceted and context dependent.  In the UK the private system is dependent on the public system for its primary human resource, that is, doctors and nurses, so the private system might divert staffing from the public sector.  Parallel private systems might also attract healthier patients where private providers perform less complicated procedures, increasing the average complexity of patients who continue to use the public system.3  Then there’s the ‘service failure’ cohort of patients where private healthcare increases demand for NHS services when complications occur or through a lack of long-term follow-up.

An equity argument can only be justified if a move towards private financing benefits people who rely on the NHS.

What works to reduce wait times?  Previous success in reducing wait times in the NHS has been attributed to central policies and extra money.4  The Kings Fund has previously published a report on how local trusts sustained reductions in waiting times and described no one easy solution – the factors involved included using sustained and long-term strategies, understanding local waiting list processes alongside directed forecasting and planning, and developing appropriate capacity such as increasing hospital beds and community care.5  Relying on an indirect effect of diverting patients to a parallel private system was not demonstrated to be as effective as these direct national and local actions.

What do we do with the patient in front of us facing a long wait for their dermatology outpatient appointment or orthopaedic procedure?  At least in the UK, patients have the choice between staying in the NHS or privately financing their own healthcare.  Paying out of pocket might get them that appointment or procedure faster, but don’t be fooled into thinking that this will help shorten wait times for other people who can’t afford it.  An equity argument can only be justified if a move towards private financing benefits people who rely on the NHS.  As it stands, the increasing development of a two-tiered system of healthcare will continue to widen inequalities within the NHS and threatens the basis of our universal system, increasingly unfair and but still free for all.