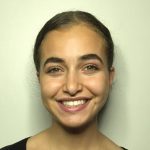 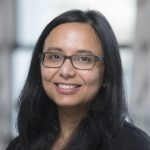 Camille Gajria (right) is a GP and one of her tutors on the placement. She is on Twitter: @returnofcam

Have you ever looked at a cloud and seen the likeness of a cartoon character? This phenomenon is known as pareidolia. The term comes from the Greek words ‘para’ meaning ‘beside’ and ‘eídōlon’ meaning ‘image’. Common examples include the shape of an animal in a puddle or a face within the moon. We subconsciously perceive a meaning, shape, or pattern where they do not exist. It was once considered a symptom of psychosis and dementia but is now recognised as normal human tendency and there is suggestion that it develops in the first year of life.1 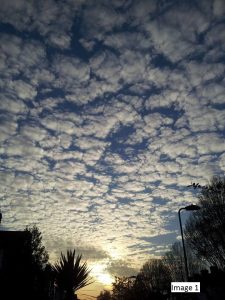 Pareidolia is a type of illusion rather than hallucination, as we know the images do not exist. However there is debate over the relationship to hallucinations and there have been studies attempting to demonstrate using pareidolia as a surrogate marker for hallucinations, but these studies did not prove premorbid pareidolia versus development following pathological processes.2

Beyond entertainment, is there any application of pareidolia in medicine?

Pareidolia has been intentionally used in radiology and pathology education. Educators take advantage of people’s tendency to pareidolia to train students in detecting signal in noise, and pattern recognition. For example, identifying a baby Yoda3 on a sacral CT scan helps memorise normal anatomy and distortion of the image signals various key pathology. 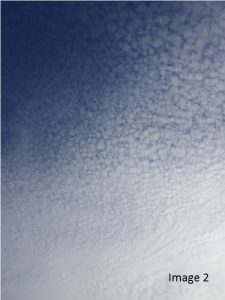 We suspect that images that do not support pathology identification can still be helpful, in providing some humour and contributing to clinician wellbeing. An example is the Darth Vader sign4 which holds no clinical significance by either its presence or absence.

After a day indoors studying or practicing medicine, both of us have experienced an inverse form of pareidolia where the illusions are medical images. For example, image 1 shows a cloud formation reminiscent of candida albicans, image 2 has a morbilliform appearance, and image 3 suggests livedo reticularis. As far as we are aware, this has not previously been described in medical literature. 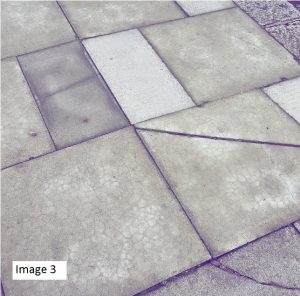 There are positive correlations between pareidolia and creativity. The practice of making connections between visual and intellectual ideas can improve scientific thinking.5 The shadow in image 4 evoked a representation of a heart. I (LA) have also seen a cloud formation reminiscent of scoliosis. As an artist, when I see structures like this and appreciate their form they give me a better understanding for how a patient would physically present. This reinforces the need for me to only properly understand certain conditions after seeing them presented in patients in the flesh – an obstacle with remote consultations during COVID.

So we suggest that if you are experiencing medical pareidolia, it could reflect your creative ability to make connections between visual stimuli and medicine. Conversely, it may suggest that you are thinking about medicine too much and need a break. 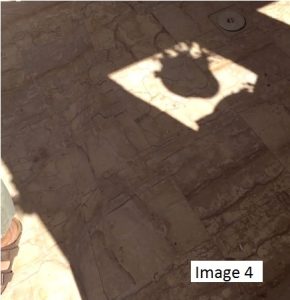