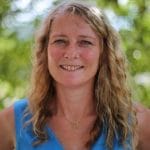 Clare Heal is Professor in the department of General Practice and Rural Medicine at James Cook University School of Medicine and Dentistry Rural Clinical School in Mackay, Queensland.

When Donald Horne nicknamed Australia ‘The Lucky Country’ in 1964, he referred to the blessings of natural resources, weather, and distance from problems elsewhere in the world: prosperity based on luck rather than hard work.

Australia now has one of the flattest COVID-19 curves in the world, one of the lowest death rates. Maybe much of our success is based again on luck. The response of the government to the epidemic was initially a little lethargic, but eventually sudden and precise. Populism seems to have been replaced by an unusual preponderance of listening to experts. Our Prime Minister, ‘Scotty from marketing’ was unusually sensible, even though many secretly prefer Jacinda from ‘over the ditch’.

Of course the dire economic and personal consequences of social distancing policy cannot be trivialised. But, with a low population density, and good weather, flattening the curve seems to have been easy. Social distancing on vast expanses of beach is not such a chore. Surfing is allowed in isolation. Fishing is restricted for the purpose of ‘providing food’.

The response of GPs was also very varied. The young posted fervently on Facebook, recommending school closures and complete lockdowns. Military metaphors told of doctors as frontline heroes, and advised the general public to stay at home. There seemed to be an almost religious piety to the extent to which measures should be taken. The older GPs seemed quieter and less excitable.

In my rural town the preventative strategies adopted by general practices seemed to encompass a broad spectrum. While for some it was business as usual, other practices moved entirely to telehealth. Others only see real patients in full PPE, whatever the medical condition. But the wave never came. Maybe we dodged it, maybe we just stepped over it. Maybe, like a luxury yacht out at sea in a tsunami, it was never going to affect us much anyway. The feeling of a slight swell beneath, while devastation reaches others on the shoreline. In my small town of 100,000 people we have 15 cases, all returned travellers, no local spread, no new case for 2 weeks. Many GPs are not busy, but it seems a little premature to change practice. I hope as GPs we now model care according to local epidemiology. I hope restrictions are lifted based on evidence: slowly, incrementally, and potentially reversibly.

I ring my friends in Blighty. They are matter of fact. My GP friends in London are at the other end of a family COVID infection. All good, they are accepting that the infection was inevitable. My oncologist friend says half her department are at home with COVID-19. She carries the burden of young children as well as her profession. I suggest, in true Australian fashion, that she throws a sickie. She tells me it would be considered very poor form. Everyone back to work seven days after an infection. The NHS is brutal. Meanwhile, at home, a hospital admin friend ‘quarantines’ herself for 14 days with a short episode of fatigue. We are indeed the lucky country.

With a reproductive rate less than 1, it seems we may have to remain a large island and sweat it out for a couple of years. Maybe longer if a vaccine never arrives. The strategy will be contact tracing and controlling clusters, with the help of a controversial Australian Government app.° Under Jacinda Ardern’s leadership, New Zealand seems to have done an even better job of flattening the curve, and maybe it is time to embrace the ANZAC spirit. Challenge them to a game of cricket, or even offer to be annexed as the ‘Big Island’. ‘New New Zealand’ maybe has a ring to it.

Featured photo by Mohsen Ben Cheikh on Unsplash
Share this

Mortality, social inequality, and doctors on the front line