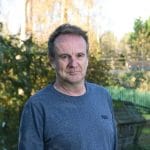 Ed White campaigns and conducts research to help better understand antidepressant withdrawal, and support others who want to safely taper their antidepressant medication.

Iwrite as an individual severely impacted by withdrawal after tapering an antidepressant too fast in 2017. The resulting symptoms triggered the most frightening, gruelling, debilitating, and lonely experience of my life. One of the major problems I encountered was the repeated denial of this issue by GPs and psychiatrists. It left me in a perilous state with an overwhelming feeling of not being able to find the right help or support.

Antidepressant withdrawal has a long history in scientific literature, with many papers describing its occurrence and symptomology. Most recently, Cosci and Chouinard1 provided a very detailed description of the myriad of symptoms people experience. Symptoms fall into many categories including affective, cognitive, gastrointestinal, neuromuscular, sleep, sexual, and even psychotic and behavioural.

… [antidepressant withdrawal] symptoms triggered the most frightening, gruelling, debilitating, and lonely experience of my life.

This level of complexity can often result in misdiagnosis.2,3 In addition, without careful management, protracted withdrawal can result in extended periods of suffering over many months and even years, and symptoms that are often untreatable.4

Recent research concluded that over half of people coming off antidepressants will suffer withdrawal symptoms, of which one in two cases will be severe.5 This suggests that antidepressant withdrawal is likely to be something that GPs frequently see in their practice.

It recognises and describes the likelihood that many patients will need to taper off their medication very slowly to avoid withdrawal symptoms.

However, when healthcare services fail to recognise these symptoms or misdiagnose them as a recurrence of previous distress, functional neurological (FND), or even medicinally unexplained (MUS) symptoms,2,3 many patients seek support elsewhere. Most commonly this support is provided by online withdrawal support communities on dedicated websites4 and, now increasingly commonly, in private Facebook groups.6

… over half of people coming off antidepressants will suffer withdrawal symptoms, of which one in two cases will be severe.

The article was co-authored by Prof John Read of the University of East London and Sherry Julo, who manages one of these groups, dedicated to helping people carefully taper off venlafaxine and which has over 6400 members.

The article tracks 16 groups and their growth over a period of 13 months, during which membership grew by 28.4%. The groups advocate a slow, careful parabolic taper off the drugs, the theory of which has been carefully described in an article published in the Lancet.7

What do Facebook antidepressant withdrawal group members want from their doctor?

As discussed above, there is a huge amount of evidence that patient’s withdrawal symptoms are often misdiagnosed when trying to stop antidepressants. They are told this is evidence they need to stay on the medication for an extended period and even for life.

This outcome is commonly reported in the groups studied. In fact, it is much more likely that emerging symptoms are withdrawal and not a re-emergence of previous symptoms of emotional distress.

… when healthcare services fail to recognise symptoms or misdiagnose them … many patients seek support elsewhere.

Research is now underway to extract this evidence and allow members of these groups to express their opinions and share their experiences of how they have successfully tapered off their antidepressants. In addition, their experiences will contribute to the establishment of dedicated withdrawal support services.

In the meantime, I would urge doctors to challenge what they know about relapse when helping patients to stop taking their antidepressants. There is a need to explore the likelihood that tapering of these drugs can be very difficult for a lot of people. Breaking tablets in half for a few weeks to reduce their dose may not work for them. Tapering may take an extended amount of time and require a considerable amount of support from their GP.

Ultimately, the members of these groups want to know their GP will acknowledge, understand, and support them if difficulties occur, and have the knowledge to help them avoid painful and sometimes debilitating withdrawal symptoms.

In a future article I will explore the possible routes doctors can acquire this knowledge and how they could use it.

[…] piece and other articulate pleas like it present prescribers with a choice. They might take the defensive position […]

An infodemic during the Pandemic

Episode 022: Exploring the role of gut feelings in how GPs diagnose cancer