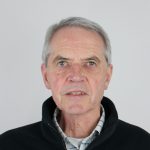 Terry Kemple is a retired GP in Bristol, England, and has various roles promoting greater sustainability in general practice. He is a past President of the Royal College of General Practitioners.

Sir Henry ‘Chips’ Channon was born in 1898 and his diaries span most of the 40 years from 1918–1958. Samuel Pepys’ diaries covered only 9 years from 1660–1669. Channon was an American anglophile from a family of modest wealth in Chicago. He worked at the Red Cross in Paris at the end of World War 1 and with his good looks and company charmed his way into fashionable society.

Post-war he went to Oxford University and developed the network for his life‘s work as one of the ‘fashionables’ in society. He married into the Guinness family’s great wealth, and succeeded his mother-in-law (who had followed her husband) as MP for Southend. In turn, Channon’s son, Paul, became the MP for his Southend constituency. The diaries record what he thought rather than what he should have thought, so we learn the prejudices and disdain for the less privileged that were accepted in his world. Today, if made public, many of his opinions would end his career as an MP.

“Today, if made public, many of his opinions would end his career as an MP.”

He kept a diary with the highs and lows of his busy life as a member of London society and parliament. He had an exhausting schedule of events including almost daily grand lunches, dinners, balls, and at weekends country house visits among the rich and famous of the day. Any duties as a backbench MP were usually annoying interruptions to his social life.

He witnessed the momentous events of the time. He entertained all the ruling and exiled royal families of Europe, the leading politicians, the ‘theatricals’, and many more. Before World War 2 he met all the Nazi leaders. He describes people and places, their tastes, foibles, and philandering with a keen eye and an acid wit.

He shares his personal life. We seem to know when things are going badly before he does. His wife leaves him after 3 years for their horse manager. He has health scares, some of which are signs of the danger to come. He is attracted to men more than women. He lives with a male companion and enjoys men’s company in the illegal, at the time, but tolerated homosexuality of his world. He dotes on his only son, Paul, and we learn the privileged life he provides and plans for his son. Through the diary you can see how his Britain changes and how he ages. The empire and he gradually decline, but both think they look far younger than their true age.

He could charm and entertain us but his talents were reserved for the select groups worth impressing; the fashionables, the powerful, or the royals that he favoured and felt comfortable with. He felt he should have great wealth, and if he could not be a royal he should be at least a lord. He worries when he feels out of favour, he worries that he will never be made a lord, he worries about his prolific spending. If we met him, we would at best be described as unknowns, not worthy of recording.

“He is not a man we would ever know or like, but he is interesting.”

Our time echoes his time. His descriptions of the turmoil in Government, the flawed characters in politics, the royal scandals, funerals, and coronations are familiar today. He is not a man we would ever know or like, but he is interesting. We follow his life’s journey with the advantage that we know what happens next.

The footnotes provide background information on the many people, places, and events in the diary. His son, Paul, who he groomed for great things, became a minister in Government and was rewarded with the lordship that Channon had always hoped for but never deserved.

Wisely, he left instructions that his unexpurgated diary should not be published for 50 years. He sees himself as a 20th century Pepys and desires that fame. I did not like him but I always wanted to know what happened next to him and those around him. I thank him for these glimpses into his life and times. One week living his life would be enough for most of us.