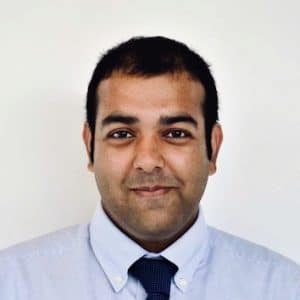 Sati Heer-Stavert is a GP and Clinical Education Fellow at The University of Warwick.

The FIFA World Cup has arrived and hopes are particularly high for England after the Women’s team were crowned champions of the 2022 UEFA European tournament and the Men’s team were runners-up the year before. There is also considerable excitement for Wales who have qualified after a hiatus of 64 years. Indeed, England and Wales have been drawn together in the group stages.

Qatar 2022 will be the first World Cup to take place in November and December, a time where the NHS is traditionally under high pressure.

Yet, as fan excitement reaches fever pitch, it’s squeaky bum time for health care services already struggling with long wait times, capacity issues and a workforce crisis. It’s a hazardous old game. Match days are associated with increased risks of domestic abuse, assault attendances to emergency departments and altered suicide rates.1,2,3 Amateur attempts to emulate the stars of the tournament increase rates of severe injury and increase orthopaedic workloads.4,5 The risk of an acute coronary event has been reported to double when spectators watch their national team and stroke risk may also increase.6,7 Worrying news for England fans is that penalty shoot-outs appear to be a particularly important emotional cardiovascular trigger.8 On the other hand, a last minute winning goal might instead lead to a sudden upsurge in maternity unit admissions 9 months later.9

This is the first World Cup since the emergence of the coronavirus pandemic. Transmission of SARS CoV-2 increased during the outdoor summer events of recent football tournaments but uniquely, Qatar 2022 will be the first World Cup to take place in November and December, a time where the NHS is traditionally under high pressure.10 For countries experiencing cold weather during these months, many fans will be watching games indoors, potentially in poorly ventilated and crowded environments. Conditions optimal for contagion (whether it be coronavirus, influenza or other) will likely result in further strain on health care systems attempting to recover from the injury of pandemic while already running at 110%. There are no easy games left for the NHS.

There is literally no space for ambulances outside many emergency departments, let alone parking a bus.

Although everyone seems to know the score, the contingency measures for health care services during the tournament and beyond appear to lack real depth. There is literally no space for ambulances outside many emergency departments, let alone parking a bus. There are also not enough players left in the squad with one in seven GP posts reportedly vacant.11 Despite staff working each shift as if they were in a cup final, the NHS has entered injury time and now it’s sudden death. Industrial action is on the horizon. They think it’s all over, the avoidance of defeat feeling only like a remote mathematical possibility. As with all true fans, it’s not the despair but the hope that kills you. Some people think football is a matter of life and death. I assure you, it’s much more serious than that.