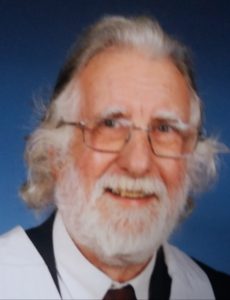 Peter Toon is a retired GP, writer and virtue ethicist. He is rarely on twitter: @bikepilgrims

When the importance of a third dose of Covid vaccine became clear, my husband and I were in France, but we got NHS text messages offering boosters. When the French Government announced that booster doses would soon be required for a valid pass sanitaire (covid pass) we found a local pharmacy who recorded our original two doses on their system from the NHS record we produced, gave us the booster, and issued an EU Covid pass with all our vaccination information.

The NHS of course did not know this, so we continued to get booster reminders. When I returned to the UK therefore I photocopied the record of vaccination, which included batch numbers, date and place of vaccination etc for the third dose and delivered it to my GP surgery. However the reminders continued so I called 119, whom I had been told would register my vaccination.

After battling through several menus of choices I got through to the appropriate call handler. I told him what I wanted and confirmed my identity and postcode, so he knew where I lived. He told me that I would have to take my passport and vaccination record to my nearest vaccination centre. As there is one about 5 minutes drive from home this did not seem onerous, but he told me that one would not do – the nearest which could register my vaccination was in Wickford, 33 miles away. I’ve lived in Canterbury for nearly thirty years but didn’t know where Wickford was. Nor did he, but gave me the postcode, which revealed it was indeed 33 miles away; near Southend, the other side of the Thames Estuary, and twice that far away by road. I pointed this out and he said all I could do was wait until they opened new centres. I asked whether I could send the documents by email or post to someone but he said I must attend in person.

Seen as a significant event, this amusing experience reveals several problems with the NHS system for registering immunisations done abroad:

Software which works out distances in straight lines rather than distance by road or rail: This is not new – I had the same experience finding nearby hospitals when Choose and Book was introduced 15 years ago. But it is not insurmountable – the RAC and AA can calculate the distance between two points by road, why cannot the NHS?

Inadequately trained and supported staff: If the call-handler, who was pleasant and trying to help, had been given a map rather than just a list of postcodes, he would have realised that owing to the watery barrier Southend is much further from Canterbury than it seems, and with more knowledge of the system might have been able to offer alternative strategies.

Over-centralisation: Why can registering a vaccination abroad, which in France can be done by a local pharmacist, only be done at specialised centres in England? How long would it take to train an administrator already entering vaccination data into medical records to add in immunisations done abroad? If this really needs to be centralised why cannot it be done online or by post? Apart from taking two to three hours of my time (hardly patient-centred) going to my nearest centre (even were it really 33 miles away) would generate 10kg of CO2, even in my low emission car.

Excessive and unresponsive bureaucracy: Clearly the NHS needs my name, date of birth and address and/or NHS number to ensure the right record is updated, by why a passport? Is fraudulent registration of vaccination data a problem? It might be in France, where a covid pass is needed for routine activities, but despite the French love of bureaucracy the pharmacist accepted our NHS records and did not ask for a passport.

This incident and the problems it revealed are relatively unimportant. Few people are immunised abroad, and it doesn’t really matter if the central NHS record is out of date – research suggests records are commonly inaccurate.1 But the issues it reveals apply far more widely and affect the efficiency and the user-friendliness of a large part of the Health Service.2 It is part of what has variously been called industrialisation of healthcare,3 managerialism4 or gigantism; the belief that excellence and efficiency are produced by systems in which individuals do simple jobs (as on an assembly line) and hence require little training (and therefore low pay). Standards and safety are assured by protocols, checklists and inspections rather than individual expertise and virtue. Workers are interchangeable human resources, and personal relationships between service providers and users are irrelevant (although a simulacrum of relationship is achieved by the provider introducing themselves and addressing users by their first name).

The solution, he argues, is “smallness within large organisations”, based on the principle of subsidiarity.

Ernst Schumacher discussed this trend in many areas of human activity nearly fifty years ago.5 He noticed that whilst economist and business managers welcomed it, psychologists and sociologist warned of its dangers to human integrity and relationship, and also to efficiency and productivity. He also observed that dystopian literature described societies torn by mutual suspicion, with low morale amongst workers, whilst rulers “try to keep things moving by precise organisation and co-ordination,fiscal inducements, incentives, endless exhortations and threats”. Sounds familiar?

The solution, he argues, is “smallness within large organisations”, based on the principle of subsidiarity. Large organisations should be divided into many small “quasi-firms” with a large amount of freedom, to give the greatest possible chance of creativity and entrepreneurship. Other than in exceptional circumstances, which must be clearly defined, these subsidiary units must be upheld and defended against reproach. Systems and structures need to motivate workers throughout the organisation by job satisfaction as well as money, and treat people as if they mattered.

This may sounds impractical and idealistic, but Schumacher was actually involved in implementing this philosophy in the National Coal Board, then a massive organisation crucial to national well-being, as the NHS is today. A very similar philosophy transformed primary care in the UK between 1966 and 1990 under “The Family Doctor Charter”.6

We live in a very different world from that of the 1960s, and what worked then would be unlikely to work now. But perhaps Sajid Javid should read “Small is Beautiful” before implementing changes which move healthcare further along a path towards centralisation which has clearly already failed.