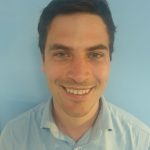 James Hibberd is North London GP working as a salaried doctor across two practices. He has a Workforce and Education Lead role in the Islington GP Federation with responsibilities for care homes.

The reputation of general practice, once seen as the ‘jewel in the crown’ of the NHS, is under threat. This has not been a sudden change but a slow deterioration over the last few years, further exacerbated by COVID-19.

The NHS has changed out of all recognition since its inception in 1948. The public has found these changes hard to accept in general practice and appears to be nostalgic of a bygone era when the GP was ‘A Fortunate Man’, a solo warrior against disease and injury available at all times of the day and night.

The public has found changes in general practice hard to accept and appears to be nostalgic of a bygone era.

Public satisfaction with general practice has historically always been higher than other areas of the NHS. This started to change in 2017 when satisfaction dropped to 65%, the lowest level since the British Attitudes Survey began in 1983. In 2019 the same survey showed that 51% find it hard to get a GP appointment, suggesting access is an issue for many.

The recent COVID-19 crisis has made matters worse. The rapid closure of the doors of general practices, the initial shift of all COVID-19 care to 111 and the widespread adoption of telephone triage has angered patients. There has been a significant fall in face to face appointments since the start of the pandemic with numbers dropping in England from 19,230,573 in February 2020 to 10,381,550 in August, a fall of 47%, with total number of appointments falling by a smaller but still significant 16.5%.

The new reliance on telephone consultations and triage bring with them issues with continuity and communication. We know that there is something objectively different in a face to face consultation which improves patient satisfaction by allowing crucial non-verbal communication including the therapeutic benefit of touch.  Similarly, a loss of continuity of care not only reduces patient satisfaction but also seems to increase mortality.

Public perceptions of the situation are not helped by the media portrayal of GPs which was [is] overwhelmingly negative.

Public perceptions of the situation are not helped by the media portrayal of GPs which was shown in a recent study to be overwhelmingly negative. It only takes a brief read of the message boards underneath articles about the recent letter to GPs from NHS England to see that the response is a significant feeling that GPs are either too lazy or scared to see patients.

Issues with public perception must be placed alongside the problems with morale in general practice. There is a reason ‘A Fortunate Man’ does not have a happy ending and GPs have higher rates of mental illness then the general population. Low staffing numbers and increased bureaucracy have led to inevitable increased work levels, with a recent BMA survey showing that 79% of GPs are often or very often working beyond their regular hours.

The RCGP has seen the COVID-19 pandemic and the changed ways of working as an opportunity to break this cycle.

The RCGP has seen the COVID-19 pandemic and the changed ways of working as an opportunity to break this cycle with a recent paper suggesting a post-COVID plan for a happy median of telephone and face to face appointments along with reduced administration tasks. Alongside this there was already movement towards increased use of allied health care professional as part of the ‘General Practice Forward View’.

With all of this in mind it is important that the necessary and inevitable changes in general practice are not seen by the public as a defensive measure, a way of keeping patients out and protecting GPs both physically (from COVID-19) and emotionally (from the stress of the job). Whilst there may be a degree of the latter in our strategy it must be ensured that the key tenets of easy access, continuity and good communication are involved in our planning with a view to both good care but also to improve patient satisfaction. If we do not manage the current changes well and reverse the flow of public opinion we are in danger of destabilising general practice and by extension the NHS itself.

Labour seems to have its own version of a disruptor in Wes Streeting, the shadow health