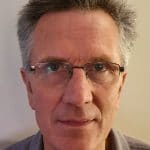 Charles Todd qualified as a GP in 1981 and then spent twenty years working in Zimbabwe. He recently retired as a GP partner in Buckinghamshire.

In my first job after qualifying in 1977 as a house physician in cardiology, on call frequently involved “clerking” mostly middle-aged men having heart attacks and admitting them to the Coronary Care Unit. Their ECG was continuously monitored for 2-3 days, and if frequent ventricular ectopics or other worrying rhythm problems occurred, we loaded them up with antiarrhythmic drugs with the aim of reducing the incidence of ventricular fibrillation. Our focus was on preventing “warning arrhythmias”, a dogma that persisted for several years.1 We did not use effective drugs which were available at the time, notably aspirin and streptokinase.

Two years later I was working in paediatrics. One of the commonest reasons for admission in infants was gastroenteritis and dehydration. We gave iv fluids, starved the affected child of milk and solids, then initiated an elaborate scheme of reintroducing milk at increasing strength over several days. This was done to allow the gut to “rest”. The regime was strictly imposed, even when the child was screaming with hunger. Working in Zimbabwe two years later I understood that such practice was bunk; rather, most cases should be treated with oral rehydration solution (ORS) and reintroduction of milk and solid food as soon as possible. By 1979 the evidence of the effectiveness of ORS was already substantial – although perhaps it was viewed as too low tech by doctors in western countries.2

There are numerous other examples of once best practice being quietly abandoned.

There are numerous other examples of once best practice being quietly abandoned, often years after evidence of lack of effectiveness or harmfulness emerged. Bed rest for back pain and milk diets for peptic ulcer have all but disappeared. Antibiotic treatment for asymptomatic bacteriuria in older people and arthroscopic treatment of knee arthritis are hanging on. A current example is the notion that type 2 diabetes is a lifelong, progressive metabolic condition, with growing evidence that a low carbohydrate diet and significant weight loss can reverse it.3,4 The voice of patients has been crucial in challenging the usefulness of graded exercise therapy and CBT in chronic fatigue syndrome, resulting in these being dropped as recommended treatments by NICE .5

Why do we continue to peddle outdated concepts and useless or even harmful treatments for so long? There are many reasons. Inertia, resistance to change and the conservatism of the profession are well documented. These come in part from our belief that this is what we’ve always done and it’s worked, or it’s what the patient wants. Institutional misogyny has been blamed for the continued use of valproate for treatment of epilepsy in women of child-bearing age and of pelvic mesh for surgical treatment of prolapse for years after evidence of harm emerged.

Nowadays we have easy access to a wide range of evidence-based reviews and guidance, and to a huge amount of information on-line. However, prevailing attitudes encourage an unquestioning adherence to guidelines; this may be out of fear that we will be unprotected if we deviate from or criticise standard practice too much.
The randomised controlled trial (RCT) is regarded as providing the best quality evidence for guidelines. In the context of a single well-defined disorder like Covid-19, the RCT is certainly a powerful tool in defining a remedy or vaccine that is more effective than standard treatment or placebo. But there are many limitations to RCTs. Statistically significant differences between treatment and control groups may in practice translate into only marginal potential benefit for individual patients.

Statins are a good example: the absolute benefits in primary prevention for most patients are at best small.6 There is also a dearth of information on how statins compare with non-drug interventions such as exercise. This reflects the fact that most RCTs are funded by industry. Finally, many conditions frequently encountered in medicine, for example chronic pain and common mental disorders, are sensitive to the effects of placebos, but this is the very effect that is excluded in RCTs.

We owe it to our patients to listen to their preferences.

We owe it to our patients to listen to their preferences, and to be as open and honest as possible about the potential benefits and downsides when recommending treatments. We must remain constantly critical of accepted practice and keep our minds open to the possibility that things can be done differently.

5. Torjesen I. NICE backtracks on graded exercise therapy and CBT in draft revision to CFS guidance

The comments around the NICE revision for ME/CFS are welcome to this patient.
Who is getting decidedly less patient as the decades of maltreatment and false knowledge persist.

The reports of patient harms by NHS treatment practices are roundly criticised by those involved (who publish many papers) as ‘activist driven’ and ‘a vocal minority’.
A past president of the Royal College of Psychiatrists has made claims militant patients have driven him from the field loudly to the press on half a dozen occasions [1] while he continued to publish dozens of papers and a couple of books[2] never noting to journalists his return to the field on the next occasion he ‘retired’.

The height of eminence based medicine.
This ‘leadership’ by him and others have lead to most GPs believing either the condition does not exist, or it is effectively treated by exercise or therapy. [4] One can only help the education effort to go along with the new NICE guidelines is fast and effective.

Patient complaints about treatment should be properly investigated, a simple counter to the above claims of harm would be six or twelve month followup by clinics treating ME/CFS. This is not done, and NONE monitor for patient harm. [3]
The yellow card system does not extend to non drug treatments.

On a personal note, the phrase ‘you should try exercising more’ from my GP has lead to thirty years of profound disability.

[…] general practitioners in the UK and beyond. The journal, like many, also has a running blog, and a November 25th post carries the following headline: “Today’s Best Practice Will be Rubbished […]

More early interventions for Covid-19 in the community are required

This website uses cookies to improve your experience while you navigate through the website. Out of these, the cookies that are categorized as necessary are stored on your browser as they are essential for the working of basic functionalities of the website. We also use third-party cookies that help us analyze and understand how you use this website. These cookies will be stored in your browser only with your consent. You also have the option to opt-out of these cookies. But opting out of some of these cookies may affect your browsing experience.
Necessary Always Enabled
Necessary cookies are absolutely essential for the website to function properly. These cookies ensure basic functionalities and security features of the website, anonymously.
Functional
Functional cookies help to perform certain functionalities like sharing the content of the website on social media platforms, collect feedbacks, and other third-party features.
Performance
Performance cookies are used to understand and analyze the key performance indexes of the website which helps in delivering a better user experience for the visitors.
Analytics
Analytical cookies are used to understand how visitors interact with the website. These cookies help provide information on metrics the number of visitors, bounce rate, traffic source, etc.
Advertisement
Advertisement cookies are used to provide visitors with relevant ads and marketing campaigns. These cookies track visitors across websites and collect information to provide customized ads.
Others
Other uncategorized cookies are those that are being analyzed and have not been classified into a category as yet.
SAVE & ACCEPT
wpDiscuz
4
0
Would love your thoughts, please comment.x
()
x
| Reply