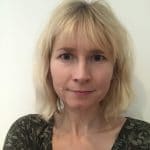 Sarah Blake is an interdisciplinary PhD student at the University of Bristol. She is on Twitter: @sarahblake200

Many people applying for benefits or seeking support from health and social care services will be doing so in the wake of a traumatic event in their lives. Domestic abuse, dramatic family transformations, or unemployment are just some of the many reasons someone’s circumstances may change, and they are forced to seek support from the state. It can be difficult to predict who may be experiencing trauma in these situations. There may be indicators such as anxiety, defensiveness, paranoia, or dissociation, but the impact of trauma varies according to individual circumstances, environments, and resilience.1

When Universal Credit was introduced, it was quickly criticised for its measures and sanctions. Harrowing cases began to emerge …

Historical trauma, such as childhood abuse, can also leave imprints on lives for decades, manifesting in complex coping strategies, which may leave those who have experienced the trauma in vulnerable states. The person experiencing the trauma may not fully understand the origins and manifestations of what they are experiencing. This may be particularly relevant in times like the pandemic when patients can face great uncertainty and isolation.

Resilience to trauma can come from internal sources but can also be influenced by external environments and our surrounding systems. Professional roles and health and welfare system design using a strengths-based approach and a patient-centred foundation can help support those who may be knowingly or unknowingly experiencing the repercussions of trauma. Trauma-informed systems can include these principles: trauma understanding; compassion and dependability; safety and stability; collaboration and empowerment; cultural humility and responsiveness; resilience; and recovery.1

Sir William Beveridge, an instigator of the welfare system, intended the state to provide a financial ‘safety net’ below which no-one could fall. When Universal Credit was introduced in 2013, it was quickly criticised for its punitive measures and sanctions. Harrowing cases began to emerge in the media, and a government watchdog found that at least 69 suicides could have been linked to benefit claims.2 Systems such as these can create vulnerability by depriving people of vital resources to survive and rebuild their lives. Anyone is vulnerable in a capitalist society if they have no access to the essential funds needed for survival.

Anyone is vulnerable in a capitalist society if they have no access to the essential funds needed for survival.

Trauma inducing systems can create and perpetuate more trauma and difficulties, often unacknowledged in a society that tends to ‘blame’ individuals for their own circumstances rather than acknowledge the wider determinants of their lives. People who have experienced domestic abuse may find punitive and coercive systems particularly distressing as the ‘conditional punishment and reward’ and threatening undertones of the process can echo experiences of coercive and abusive relationships.

A significant number of people in our society seeking support will also be experiencing discrimination. Societal discrimination can occur for multiple reasons, such as race, disability, or maternity status. Discrimination can be traumatising and generally equates to less opportunity and fewer choices. An invisible phenomenon, often only noticeable to those experiencing it, creating many additional challenges to overcome.

Perhaps a state system such as Universal Basic Income (UBI) could fill an important gap in supporting patients who have experienced such difficulties. UBI aims to provide unconditional payments to every citizen. Evidence has found that alongside reducing poverty it brings improved health outcomes for mortality, adult health, and infant birth-weights.3 There may be further economic benefits, such as potentially reducing rough sleeping, which can cost the public sector up to approximately £20,000 for each individual per annum in crisis provision and legal costs.4

Additionally, it may support those in our society who are involved in crucial and impactful but often under-acknowledged unpaid work, either through caring responsibilities or through voluntary work. This will include the two-thirds of unpaid work that falls onto women,5 and the almost 20 million people who volunteered in the UK 2018/19 playing a pivotal role in community businesses.6 It may also provide subsistence to those involved in creative industries or employed in the gig economy, which may not bring in the financial remuneration of other types of commerce.

Conjoined health and social care systems that create a safety net enabling people to rebuild their lives after a trauma are likely to achieve far greater success than those that can sever people from vital resources that support basic dignity and survival. Keeping the voices of those who have experienced trauma in the heart of system design and policy making is vital for a holistic trauma-informed approach that fully supports patient’s health and wellbeing, rather than ineffective attempts to force people to jump through hoops that they simply cannot jump through.

The dream of universal healthcare in Myanmar becomes a nightmare

Will reached communities become “Hard to reach” again after the covid-19 vaccine rollout?

You need to keep going, but stray too far to the left and you’ll be over

Medicines make up 25% of the NHS’ carbon footprint, with some metered-dose inhalers (MDIs) being 3320