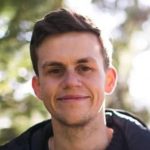 Nathaniel Aspray is a recently qualified GP with an interest in global and migrant health. He is on Twitter: @nathanielaspray

I can’t pinpoint exactly when it was during my medical training that I started being coached to resent patients.

I’m currently in my first few weeks after completing formal medical training (and embarking on a lifetime of informal training), which has led me to reflect on what has changed in my attitudes over the last decade-or-so. Some things are the natural products of progressively maturing – though I might contend that it’s often the non-medical parts of life that have most contributed to that process – and others are unexpected by-products of being blooded in a system that has been at breaking point since well before I joined.

I suspect none of us can remember when we were first introduced to the concept of the patient as an ‘inconvenience’, but nevertheless it’s a pernicious aspect of that ‘hidden curriculum’ of medical school and postgraduate training.

The concept of the patient as an ‘inconvenience’ ….. [is] a pernicious aspect of that ‘hidden curriculum’ of medical school and postgraduate training.

On the one hand, it doesn’t take a great mental stretch to see it as crude psychological defense against seeing so many strangers in pain at such a comparatively young age.1 I’m sure there aren’t many 18-23 year olds in affluent countries who are exposed to such a range and depth of human suffering as undergraduate medical students. But what starts as a protective indifference during medical school can gradually develop (via countless candid conversations with educators and seniors who “aren’t afraid to say it how it is”) into a pervasive feeling that the thing that’s wrong with our health service is the people we’re serving.

Having now worked in a variety of settings of differing acuity and deprivation, I’ve concluded that every patient group is disparaged in one way or another, usually under the heading of ‘inappropriate health seeking behaviour’. Affluent patient? Excessive demands. Poor patient? Won’t take responsibility for their health. Unwell patient? Should have presented sooner. Well patient? Shouldn’t have presented at all! Doctor-patient? Probably all of the above.

I’ve concluded that every patient group is disparaged in one way or another.

Our overuse of terms like ‘the worried well’ has suffused our wider culture to the point that non-medical relatives will tut and shake their heads as we relate (hopefully anonymised) anecdotes about patients who committed the transgression of seeking reassurance from a professional.

From an early stage I also began hearing about “burnout” and “compassion fatigue”, but usually the proposed solution to these was just to take some time off work until you feel able to go back to the inevitably draining front lines. I’m not suggesting that I’ve solved the issue of burnout, but for me identifying that I had begun to see patients as the problem has had a profound effect. I’ve been trying to see them as people again, with hopes and probably a lot of fears, and trying to count the privilege of sharing these. I’m not completely there yet, but in recent weeks I’ve began to enjoy some of the interactions that normally I’d see as a barrier to doing the real medicine, whatever that means. I’m trying to see interactions with patients not as the problem, but as the prize.

I can now honestly say that I’m really looking forward to a career in General Practice, where I can learn to see people for who they are, and hopefully convince them of their worth.