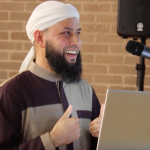 Zakariya Goga is a GP Partner and Trainer in Cheshire. He is passionate about improving the wellbeing of GPs.

I would never have dreamt of living in a period where I would witness health care professionals leaving their profession in droves, others committing suicide, and collectively becoming so accustomed to abuse for simply doing their job.

Just over a month ago marked the 20th anniversary of the tragedy of 9/11. Words cannot express that horrific event. I am not diminishing 9/11 and the trauma it caused nor am I putting a spin on it to attract sympathy. But overnight I went from a regular Muslim to either a “good” or “bad” Muslim. People who knew me very well, overnight saw me as someone else. “You are either with us or against us,” said Bush Junior.

This became a subconscious narrative, and collective guilt became an acceptable notion. I, like many other Muslims, subsequently spent over a decade of my life exhausting my energy to prove that I was a good Muslim.

Worryingly, I was becoming a polarised human being towards “others”. Picture this – I was in a local shop with my son and genuinely believed another customer was looking at me with contempt due to my faith. Had my son not been there this could have led to a regretful and embarrassing outcome. But this customer was limping in pain, that is why he looked “angry”. He was trying to get my attention to allow my son to pay first as my son was visibly excited whilst holding his match-attack packet.

This was a direct consequence of the media, and how they chose to report current issues.

And so, I switched off from the media. I still do not own a television nor a smart phone ….. Within no time my consciousness calibrated.

Reflecting on this season of my life it dawned on me after a decade of mental exhaustion, I was behaving no differently from what my faith demands. “Spread peace, feed the hungry, keep up with kinship bonds, stand in prayer in the depths of the night when others are asleep – you will enter paradise with peace”. The first and one of the most famous sermons of the Prophet Muhammad was already, and still is, my blueprint.

And so, I switched off from the media. I still do not own a television nor a smart phone (Yes, it drives my PM insane!). Within no time my consciousness calibrated. I quickly realised that the majority of humans are intelligent beings with an insightful soul.

Why am I mentioning this to you?

Your legacy, wherever you work ….. is woven in the fabric of your community and will be palpable for generations to come.

For every one person who believes the current narrative that GPs are utilising a virtual platform to provide little meaningful service, you will find thousands in my estimation who do not buy this narrative. Their real-life experience with you annihilates this tripe.

So, switch off from this noise and save your brain from unnecessary turmoil. Leave the “fight” to the RCGP, LMCs and activists. Realign with your core values, self-motivated purposes, and goals. Focus on this over everything else, give meaning to this over anything else and continue to deliver excellent health care.

Like you, I have patients who openly inform me that if it was not for me, they would not be alive – and that is the short version. Remember all those unaccounted acts of goodness you have done for your patients – our patients will never forget them. From making the 90-year old’s breakfast to driving the patient with sepsis to hospital as the ambulance services are over stretched – the list is likely long.

This is who and what I believe over anyone and anything else. This is what validates me – let it validate you.

Your legacy, wherever you work, in whatever type of practice population, is woven in the fabric of your community and will be palpable for generations to come. On the other hand, certain commentators’ legacy will be remembered by the eyes and ears of history only as division and discord.

I know which legacy I prefer.

Featured image by xxxx at Unsplash

Episode 050: The challenges of trials to promote physical activity in people with multimorbid