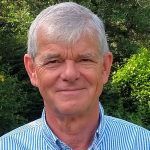 Nigel Masters is a retired GP and Practice Summariser.

As I attempt to summarise yet another incoming set of practice notes I find once again a failure of the transfer of the electronic medical record from the previous practice. This process is referred to as GP2GP.

When it works, a wonderful seamless transfer of medical information (including drug adverse reactions and test results) passes from one practice to the next and reduces the summariser task to simple checks and removal of degraded codes. In addition, when working well this general practice record can be transferred to the summary care record which can be seen by the patient on their phone or personal computer. But often the reality is different.

Just the other day two sets of notes lacked both the electronic record and the last ten years of printed clinical notes. As I see myself as a small but important cog (a Summariser) in the notes process, I have become exasperated by the transfer of notes issue.

It is a disappointment that records still do not transfer well in England.

Recently a local practice manager decided to deliver the notes by hand in a large packing box weighing 23 Kg, which is the airline industry weight denoting heavy item. Inside there was a faded light brown Lloyd George folder. In addition, a slim A4 brown folder for the old written A4 notes, but these items were drowning in reams of single sided printed A4 neatly stacked photocopier paper held with rubber bands. I turned to the computer screen to find that the electronic transfer had failed and that I would have to reconstruct this record for the practice!

NHS Digital in its guidance notes on the Health and Social Care Centre states that the GP2GP transfer process is straightforward in principle. Yet many issues can occur that make failure of this process possible. There is a window of just 8 days from patient registration to successful transfer of the electronic medical record, but after this time it is up to the leaving practice to print off paper copies of the pertinent medical record. Large computer downloads of complex patients have been difficult to transfer without enlisting a large file process in the receiving medical computer system. Of course, these thick electronic records are the very notes one wishes to transfer to avoid reconstruction. The practice has had electronic records since 2005 so it is a disappointment that records still do not transfer well in England.

Failure to get this right soon will see a significant degradation of primary care medical notes.

The practice medical secretary is well tuned to my summariser frustrations as she attempts to chase some concise paper record from previous medical practices when the courier delivered medical record lacks an up to date print out (arriving weeks or months later). Practice staff are part time and often it can be difficult to identify someone with this task when they are already overwhelmed with the everyday clinical orientated tasks. I have stopped asking the secretary to chase previous practices as it is time consuming and often fails to produce the needed documents.

NHS Digital is now becoming aware that a significant percentage of GP2GP transfers are not being successfully completed and EMIS support sent out an email on 8/10/2021 entitled ‘Maximising the efficiencies of GP2GP’. EMIS is our local provider of electronic records and is working on optimisation of this process with upgrades in the future. Failure to get this right soon will see a significant degradation of primary care medical notes, and issues with the summary care record. It may even lead me to retire in my role as the practice summariser!

Featured image by dogherine at Unsplash