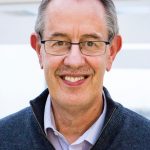 Richard Churchill is a ‘nearly-retired’ academic GP and former Chair of the RCGP Adolescent Health Group.

Historically young people have always seemed to be at the bottom of the heap when it comes to general practice. It wasn’t until 1954 that there was any recognition of the potential role of general practice in adolescent health in the literature,1 and then not until the 1980s that any relevant research was published. Young people were thought to be a healthy population who hardly ever bothered the GP, and when they did had much less time allocated to them than other age groups.2

When asked what they thought about the situation young people consistently reported difficulties accessing the system, particularly for sensitive problems; they believed that they were not being taken seriously, and felt that they couldn’t necessarily trust the system.3

Young people … reported difficulties accessing the system … and felt that they couldn’t necessarily trust the system.

Over the years there have been various endeavours to try to make general practice more ‘youth friendly’. Examples include the RCGP Adolescent Health Group’s ‘Getting It Right for Young People’ campaign, production of a ‘Confidentiality toolkit’, and the Department of Health’s ‘You’re Welcome’ standards for best practice. Many general practices responded and, for a while, it seemed that things might be improving.

When the Quality Outcomes Framework arrived on the scene in 2004 it was clear that adolescent health was once again a low priority. Financial incentives drove practices to spend time on things that could be measured and rewarded – and establishing healthy relationships with young people wasn’t among them.

Despite international recognition of the importance of adolescent health and its impact on long term health outcomes,4 pressures on general practice to deal with expanding workload with a declining GP workforce and increasing complexity have meant largely a return to ‘pre-enlightenment’ levels as far as young people go.

And then along came Covid-19. With its deadly impact on older people and those with co-morbidities, all NHS resources were targeted at the crisis. In the meantime not only were young people considered to be largely insignificant in terms of health risk, but in some quarters were actively vilified for their role in spreading the virus and for not conforming to the most severe adult-initiated restrictions on their normal activities in generations.

General practice responded rapidly and dramatically in the face of the crisis, with remote consultations and new ways of working becoming the norm. However little thought was given to the impact of this on young people. For some, access became almost impossible as new remote access systems set arbitrary age limits or required parental consent. The assumption that tech-savvy teenagers would welcome virtual consulting has been proved completely wrong – whilst they may be happy sharing the most explicit details of their lives with their followers on social media, most still want to be able to see a health professional face to face.

So how will general practice respond to young people in the post-Covid world? Faced with a backlog of long term conditions and potentially serious missed diagnoses, whilst also contributing the vaccine rollout, it doesn’t seem likely that young people will feature highly on any primary care agenda. Added to this is the ever-increasing complexity of primary care services, with new types of provider and professional seemingly arriving on the scene every few minutes. If we are confused as GPs, then what will it be like for a teenager perhaps trying to navigate the system independently for the first time? And how will they ever be able to form the trusting relationship with a single health professional that most want early in their journey?

Inequalities in young people have widened during the pandemic.

On top of this there is evidence that inequalities in young people have widened during the pandemic, perhaps more than in any other age group, and the impact on their longer term mental health cannot be underestimated.5

So what should general practice do to help young people in the post-Covid world? Perhaps the answer is not to ask ourselves, but to ask them. Involve young people in the re-design of services. Whilst issues such as access and confidentiality will always be important to them, most of all they want to be taken seriously. Listen to their views. Try to understand their perspective. And make sure that they are not forgotten once again.