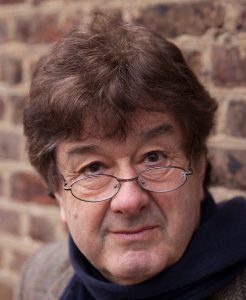 David Zigmond is a retired GP, psychiatrist and author in London. He has written and campaigned on problems within the NHS for many  years. His website is at http://www.marco-learningsystems.com/pages/david-zigmond/david-zigmond.html

Like a nearly extinct species, the value of personal continuity of care is, at last, receiving some eleventh-hour anxious attention, at least from some healthcare academics and journalists. The clear benefits to patients are recognised. Hardly ever, though, are the benefits to healthcarers mentioned.

Here is a short redress.

Cornerstone: a foundation-stone; an indispensable part or basis of something.
– Oxford Concise Dictionary

In the mid-1970s, when I first became a Principal GP, personal continuity of care was regarded as a sine qua non of most good practice. We may not have spoken much about it, but we recognised that in all but the most simply and rapidly fixable of conditions the science of any treatment was likely to be far more apposite, accurate and effective when delivered together with the personal art of practice.

What is this art? And why has it disappeared? It will be clearer to answer these questions separately.

The art of medicine used to refer, mostly, to the skilled personal understanding, resonance and attunement a doctor brought to a consultation. So it was about the often nuanced, sometimes unspoken, incorporations of personal and social context and subtext. It required empirical human imagination quite as much as fact-based deduction.

So personal continuity of care could then weave together the more measurable and objective aspects of science with the less measurable (inter-) subjective and meaning-laden aspects of art. This weave, it was believed (accurately, as we will see), is often powerfully effective. By offering comfort, containment, personal understanding and accurately judged support and guidance, many therapeutic benefits followed: patients’ symptoms were often lessened or became more endurable, their morale and mood stability much improved, compliance to prescribed treatments became more unproblematically positive, exacerbations and deteriorations of conditions lessened.

So we understood this: that procedures or drugs can treat, but it is the personal relationships and understandings that heal. Clearly, we need both.

Before the serial ‘modernising’ reforms – let us say pre-1990 – general practice was served by much smaller units with long-term staff stability and little micromanagement by executive agencies. These erstwhile GPs and their collegial healthcarers (eg district, practice and community psychiatric nurses, practice counsellors etc) were far more likely than now to know both their patients and their colleagues.

Many practices and practitioners were mindfully respectful and protective of this cornerstone of personal practice – the importance of personal bonds and relationships – which themselves often seemed guided by maxims of belief and faith.

and this one too:

‘Medicine is a humanity guided by science. That humanity is an art and an ethos.‘

Yet in those days we had little proof of such articles of faith.

Relationships are then rendered irrelevant or redundant; instead the healthcarers are corralled by a regime of no-one-knows-anyone-but-just-do-as-you’re-told-and-follow-the-algorithm.

Data-based, quantitative research into personal continuity of care became much more substantial in the last thirty years as computer use became all-but universal: obviously computers are now essential for any big-data studies. Such studies were previously well-nigh impossible. But there is a dark synchronicity here because just as we became able to statistically evidence and prove the positive effects of personal continuity of care, that form of care was, at the same time, rapidly perishing. Coincidental with computerisation were the ‘modernising’ reforms: the closure of small practices (and hospitals), the abolition of GP personal lists, the delegation of out-of-hours services and the vanishing of consultant-led ‘firms’. These reforms were to be modelled on competitive manufacturing industries – therefore, wherever possible, to cut down, to scale up, standardise, automate, corporatise and commercialise.1 There is hardly any place in such reforms for considerations of personal context or subtext – therefore for personal continuity of care. Relationships are then rendered irrelevant or redundant; instead the healthcarers are corralled by a regime of no-one-knows-anyone-but-just-do-as-you’re-told-and-follow-the-algorithm.

The history here shows us a rather tragic paradox – amidst this mounting depersonalisation and industrialisation of healthcare has come recurring and mounting evidence of the measurable (not just the experiential) benefits of personal continuity of care: better control of chronic physical conditions (e.g. Cardio-respiratory, diabetes); fewer A&E attendances, acute hospital admissions and mental health crises; fewer serious prescribing errors; and (most remarkably?) greater longevity.2

So personal continuity of care (most easily delivered in vanishing smaller practices) is likely to be not only more comforting, but better for your health. And there’s a high chance you’ll live longer.

Much belatedly now, just as this cornerstone of wise and compassionate practice is sinking into extinction, there is patchy recognition of, and interest in, the vanishing benefits of such personally infused and tethered medicine.3 The hazards and costs to patients of extinction of such care are also referred to.

What is much less referred to or researched – if at all – is the benefit to the healthcare practitioner in giving such care. Erstwhile smaller practice family doctors (remember them?) were a much more stable and professionally fulfilled workforce than the ‘primary care service providers’ (aka GPs) we have now. That is because such smaller practices were a far easier, more natural, habitat for any personal continuity. So those more fortunate doctors’ relatively healthy and happy working lives then were rooted in – and drew sustenance from – the personal identifications and relationships they could grow with their patients and co-workers.

Yes, there has always been an intellectual buzz to be had from making an accurate major diagnosis or successful intervention. But most of those not-yet-reformed GPs were probably sustained and nourished far more by the relationship aspects of work: the growing understandings, trust, shared experiences and affectional bonds that grew from their caring encounters.

Cumulatively these spawned to grow into valued senses of community for both patients and doctors.

Without this cornerstone our NHS edifice is destabilised: it first tilts and cracks … these are premonitions of collapse.

Our modernised regimes have lost sight of something crucial: doctors who find more human sense, belonging and fulfilment in their work are, almost certainly, able to provide better care. But our serial reforms – in an imperative push to commerced-industrial type of managed facility, efficiency and cost savings – have disregarded, then abandoned, a time-honoured cornerstone of practice.

Without this cornerstone our NHS edifice is destabilised: it first tilts and cracks … these are premonitions of collapse. The tilting and cracking is now signalled by the growing discontent we see among patients and doctors. Among GPs recruitment is now parlous; unprecedented burn-out, breakdown, drop-out, sickness, drug and alcohol abuse, earliest retirement all imperil a previously (relatively) robust and stable workforce. Often painfully avoided are mentions of the increasing suicides.

Such is the price of abandoning our human cornerstone to pursue industrial and commercial ‘efficiencies’. Surely, any such gains are a pyrrhic victory.

1. Zigmond, D. The Perils of Industrialised Healthcare. The Centre for Welfare Reform, August 2019.
This provides a brief and accessible overview of the nature and thinking behind thirty years of NHS reforms and their current consequences and predicaments.

2. There is now much solid research demonstrating the benefits of personal continuity of healthcare, especially in general practice. Perhaps the most comprehensive and long-term work has been done by a team at Exeter University, headed by Denis Pereira Gray.

3. See, for example ‘Falling NHS Continuity of care poses “existential threat” to patient safety.’ The Guardian, 23/6/22, reporting on a conference speech at the Royal College of General Practitioners.

A seagull with a sore leg: How having a shared focus improves staff wellbeing