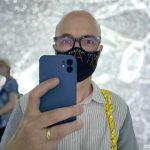 Will Norman is a GP, educator, and art lover.

I don’t think I’d thought about Surrealism until this year’s Venice Biennale. The very word ‘surreal’ has entered popular parlance as something to describe anything quirky and unexpected, but I hadn’t thought about the artistic movement that the phrase comes from.

Please bear with me as I am not about to lecture you on a 100-year-old art movement, but the genius of the central show at this year’s Biennale is that it quietly educates you about Surrealism and the forgotten, brilliant artists (many of whom happen to be female) of the movement, and how they have subconsciously influenced a generation or two of artists.

The Surrealist movement started as a response to the horrors of the First World War and reached its peak in the 1930s. Its aim was, according to frontrunner André Breton, to ‘resolve the previously contradictory conditions of dream and reality into an absolute reality, a super-reality’,1 or surreality. They were influenced by Sigmund Freud’s ideas and frequently escaped into their dreams for inspiration. The movement covered many disciplines from painting to writing, theatre to philosophy.

After a year’s delay, the 59th Biennale has at its heart an exhibition curated by Cecilia Alemani and entitled ‘The Milk of Dreams’, the title taken from a children’s book by British-born surrealist Leonora Carrington. For the first time, women, non-binary, and trans artists outnumber male artists by 9 to 1, with the lead exhibition The Milk of Dreams displaying 213 artists from 58 countries — 180 of these participating for the first time in the International Exhibition.2

Of the 80 national pavilions there is a similar mix of artists. The British pavilion, for example, has its first Black female artist in Sonya Boyce (she won the top prize of the Golden Lion), but does this sea change really live up to its billing?

The central pavilion of the Giardini begins with a huge, dark green polyester elephant on a plinth, a 1987 piece by the artist Katharina Fritsch. It is at once familiar and unfamiliar, reminiscent of childhood stories and trips to the zoo as well as huge and terrifying, towering over you from its plinth 6 feet up in the air. It is super-real, a magnificent start by an artist well deserving of the Golden Lion Lifetime Achievement award that she was presented this year.

It is the contrast of familiar and unfamiliar that first sparked my interest in contemporary art. In the 90s studying at the United Medical and Dental Schools of Guy’s and St Thomas’ Hospitals there was an exhibition at Tate Britain (the former Tate Gallery) by the German artist Rebecca Horn. She caught my attention with a waterfall of hospital beds cascading from the ceiling as I walked in the door, stimulating the senses with loud mechanical banging and scraping against mirrors. Other more delicate pieces replaced her arms with feathers or created a limp or disability. As a fledgling medic, she was taking my world and turning it upside down. This surrealistic trait has subconsciously drawn me in, over the years, to many artists.

The world that Carrington describes in The Milk of Dreams is a magical universe where everyone can change or be transformed, become something or someone else. Artists like Andra Ursuța, displayed in the room after Fritsch, work with the human form, manipulating and transforming it into hybrid forms — beautiful, fantastical, and disturbing.

Horn is also here in one of the ‘Time Capsules’ that Alemani has placed within the exhibition, to link the artworks of the past with the pieces by contemporary artists in the surrounding space. Horn is part of the ‘Seduction of the Cyborg’, and the works that I remember from all those years ago were part of her body extension performances. She is alongside Anna Coleman Ladd, who was a well-known neoclassical sculptor while working for the Red Cross in 1917 and helped to establish a workshop to create facial prosthesis for the seriously disfigured patients she was dealing with. Here we see her prosthetics and photos of her work. Also of note is the wondrously eccentric Baroness Elsa von Freytag-Loringhoven (Google her), who posed and performed in New York in the 1920s, bending and transforming her gender.

Dame Paula Rego, who died recently, has a room at the heart of the exhibition that stays with you long after you have left. In ‘Oratorio’ from 2009 she presents us with an altarpiece of an old cabinet, with walls painted with women from literature or folklore who have fallen from grace, and sitting or falling out of the cabinet are a number of her cloth dolls, life-sized, grotesque, of different ages, all with their foundling costumes on, as though whatever age you are society will never forget your past. Throughout her career she conjured fairy tales and surreal imagery to reflect our own and society’s shortcomings.

The Milk of Dreams is a more reflective and coherent exhibition than the central shows tend to be — as ever there are rooms that work less well — but its enormity, with over 1400 works, really benefit from less testosterone, allowing you the time and space to appreciate the art without the loud shouting, masculine works of previous years. It’s the best show we have seen in years and well worth a visit if indeed you need an excuse to visit Venice.

As ever most of the fun is exploring the islands and canals, and coming across national pavilions and collateral events in unexpected places. My must sees are:

Featured photo of Dreams Have No Titles by Zineb Sedira. Photo taken by Thomas Bransby.

A sinking cornerstone: the vanishing of personal continuity of care