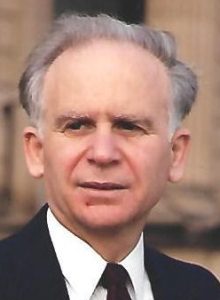 All too often I hear that the old, now more politely referred to as the elderly, are too set in their ways, but I haven’t seen just where the cutting point is between the ‘oldies’ and those who regard themselves as young or even middle aged.

If anything, what is the actual figure (in years and months) when one is considered ‘past it’ insofar as adaptability in keeping up to date in the ever changing world of electronic gadgetry, while trying to cope with the wonders of the internet that didn’t exist when most seniors were in their prime?
Surprisingly, many past their sixth decade seem to have done amazingly well in acquiring skills for using modern technology, including those whose eyesight, hearing or lack of mobility are not what they once were. More than a few have had to contend with the effects of serious illness, or looking after an ailing partner, with little or no outside support, not to mention having to work part-time to make ends meet, or having to wade through endless forms when applying for benefits not overly generous.

Then, of course, there’s the challenge of learning how to go online for ordering essentials such as food or for purchasing goods too heavy to carry, especially if relying on what’s left of public transport. There may even be difficulties in programming the latest TV or having to negotiate a sequence of button pushing before finding the right station on a multiple-choice DAB radio. And, as for smart phones, it’s those of retirement years who are least likely to have one.

Covid-19 and its viral cousins have compounded these concerns, along with umpteen rules on where to go, what precautions to take, and the repetitive washing of already clean hands. Not to mention the delights of being pushed around by panic buyers and inconsiderate others during super-markets time slots reserved for those over 70, the disabled, and their carers. Given that a high proportion of seniors were living on their own long before the pandemic appeared, it’s surprising so many have been able to cope as well as they have, and with a minimum of complaints when compared with lots much younger, whose main pastime is protesting about the latest issue to be protested about, with little or no mention of problems related to ageing.
When considering how much society has changed in the last few decades – and at breakneck speed – more regard should be given to those of mature vintage, whose younger pace of life was much slower when compared with how it is today. Indeed, it seems that whatever new gadget comes on the market, it risks being obsolete even before its layers of polluting polystyrene wrapping are removed. In noting how much people in the upper age range have had to contend with, the list seems almost endless, not only in keeping track of modern devices but also in ways of behaving, in speaking, in relationships, in sexual orientation, in modes of contact, in distancing and in being unable to be with all of their nearest and dearest because of feeling excessively vulnerable to a viral disease which could result in a most unpleasant demise – none of which has made for easy living.

They have also encountered an undercurrent of resentment, because when they were younger, there was no charge for higher education fees and they did not have to amass large debts in student loans before starting to earn money, as in the case of millions of graduates, who, for an indefinite period may not be able to enjoy the same standard of living as the two generations before them.

They have also encountered… resentment, because when they were younger, there was no charge for higher education fees … as in the case of millions of graduates, who… may not be able to enjoy the same standard of living as the two generations before them.

Even so, it is relatively easy for the young with their newly grown-up problems to blame the longer living, while overlooking or being unaware of the blessings they now enjoy because of the previous efforts and sacrifices willingly made by those in their declining years, who, when in their prime, were more involved with family matters, especially in maintaining contact with and helping to look after relatives as too old to be fully independent.
While teenagers and those in their twenties will undoubtedly be saddled with the momentous increase in the national debt, having to repay it will also be borne by many born long before, who may have to pay more in taxes as deducted from their much too little and the added delays in payment of state pensions

Needless to say, the younger ones who complain, albeit with some justification, about not having a better chance career wise when compared with their parents and grandparents – could -in the inevitable passage of time – experience similar (if not worse) criticisms from their own offspring.
In trying to convey these thoughts to others, it seems those well past their half-century are more willing to accept that in their youth they were not exactly angels in how they regarded the aged, whereas those now finishing their education or starting out on a career, may feel they have been dealt a bad hand, even before the arrival of Covid-19 and its cousin viruses.

After all is said and done, it won’t be easy to reconcile what seems irreconcilable views between the generations, except to suggest that they are very much alike in how they react at any particular point on the chronological continuum of life, which, perhaps, is a positive note to end on, especially where ageism (however construed) at any age is concerned.

Its always a delight to read Arthur’s work. Thoughtful and thought-provoking too.