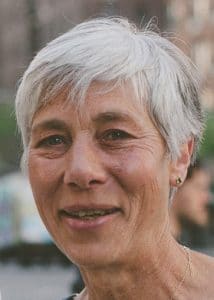 Marion Brown is a retired psychotherapist and researcher/campaigner/petitioner on behalf of the patient self-help peer group Recovery and Renewal. Her late husband was a GP. She is on twitter: @recover2renew

Hengartner begins “Over my academic career, I went into different stages of belief and disbelief.” In his studies of clinical psychology and psychopathology in Switzerland in the early 2000s he learned about Diagnostic and statistical manual (DSM)  and International classification of diseases (ICD) psychiatric diagnoses as if these were clear-cut natural disease entities, and was taught that this is how humans think, behave, and feel because it has been confirmed in this or that study. He never considered “that many, perhaps most of these studies, could be simply wrong.”

His discomfort began in 2010 when, as a PhD student, doing what he had been taught at university and by his supervisors somehow “didn’t feel right”. After completing his PhD in 2014 he took up a tenured position at the Zurich University of Applied Sciences, where metascience, research methodology, statistics, and the philosophy of science became his primary research interests.

In this post he searched the scientific literature “This is when I opened Pandora’s box, for when you search the literature on publication bias in psychiatry, among the first research papers you’ll find are the seminal studies from the 2000s that demonstrated how selectively the results of antidepressant trials were published. Next, you’ll discover how pervasively the pharmaceutical industry has corrupted academic medicine and that drug manufacturers systematically bias the scientific evidence so that their products appear more effective and safer than they really are. You will probably also learn about the various flaws in the contemporary definition of depression and other mental disorders and how mental disorders were misleadingly marketed by the pharmaceutical industry to increase the sales of psychiatric drugs”.

In 2017 he published his first paper on antidepressants for depression, a critical review of methodological limitations in clinical trials, selective reporting of research findings, and corporate bias in the evidence base. The response to this publication completely changed his research career and position. He discovered that the debate was “highly polarised and hateful, where scientific arguments could quickly turn into scathing and discrediting accusations.” But there was also interest and he was encouraged to write a book.

He learned that many practicing psychiatrists and GPs were simply not aware of these pervasive issues “Some also admitted honestly to me, in confidence, that they were not allowed to raise these issues in the clinic, fearing disapproval and rejection from their colleagues and supervisors.” This extended to researchers, service users, advocacy groups and policymakers who are not aware of the multiple flaws in the way we define, diagnose, and treat depression. “That’s why I wrote this book on antidepressant prescribing in depression.”

The book contains an astonishing revelation of deeply researched and detailed evidence (all meticulously referenced) of these gaping flaws. It is a fascinating and shocking read covering:
• Clinical practice – where many psychiatrists and GPs confidently affirm that antidepressants are effective based on their clinical observation and a common reply to scientific debates about the questionable effectiveness of antidepressants is “In my clinical experience, antidepressants clearly work, I’ve witnessed it hundreds of times”.
• How ‘diagnosis of depression’ has been transformed towards increased medicalisation and pharmaceuticalisation – with screening instruments such as PHQ-9 and GAD-7 adopted for use in primary care (and self-diagnosis tools) as simple and cost-efficient alternatives time-consuming diagnostic interviews.
• How antidepressant research is flawed: the efficacy and safety of antidepressants systematically misrepresented in the scientific literature due to methodological biases, selective reporting, and spin – revealing how the pharmaceutical industry, psychiatric associations, and eminent academics play a major role in pervasive distortion of the scientific evidence.
• Widespread conflicts of interest where the pharmaceutical industry can, and does, influence physicians’ prescribing behaviour by supporting academic departments, senior researchers, medical organisations, and both the clinical practice guidelines and diagnostic manuals they produce – as well as through continuing medical education and direct to prescriber incentives.
We are left without any doubt that pharmaceutical marketing inevitably leads to overprescribing and can have a detrimental impact on public health and patient safety.

Hengartner discovered that asking questions about the effectiveness of antidepressants is one of those ‘uncomfortable questions’, and that critically writing about adverse effects is ‘not welcome’ in psychiatry and may prompt fierce (even hateful) reactions. He strongly urges that defensiveness, denial, and dismissal are not the way forward to improve public health and patient care.

The evidence that Hengartner provides is extensive and impeccably presented. He concludes “With this book I hope to have made a small contribution to an evidence-based, judicious, and cautious prescribing of antidepressants in depression without fuelling blanket condemnation of this popular drug class.”

Thank you to BJGP life for publishing this review..
It is very interesting that Hengartner’s book complements academically the new book Antiidepressed written by Beverley Thomson – for laypeople – containing patient experience evidence of what has happened to people who have taken the antidepressants ‘as prescribed’ .
https://www.penguinrandomhouse.com/books/688086/antidepressed-by-beverley-thomson/

Thanks Marion; I will look up the book you recommend above. And yes, thank you to BJGP Life for your conscise review.