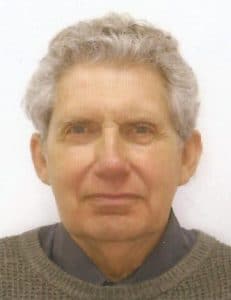 John Launer is a GP and family therapist, and lead programme director for educational innovation at Health Education England for London. He is on Twitter: @johnlauner

If you’ve ever seen Mozart’s opera ‘The Magic Flute’, you will know that its plot is problematical. GPs who are confused by it can at least console themselves that it isn’t so different from much of our work. The opera carries uncanny echoes of seeing family members who have torn loyalties, bring us contradictory accounts of each other, or say things we find deeply uncomfortable. There are reminders of all those occasions when we suspect abuse or coercion, but don’t know whether to trust our intuition or believe a denial. Here I want to look at the plot and how different directors, including a modern feminist one, have dealt with the issues it raises.

The opera carries uncanny echoes of seeing family members who have torn loyalties, bring us contradictory accounts of each other, or say things we find deeply uncomfortable.

Briefly: the heroine Pamina is the subject of a tug of love between her mother, the Queen of the Night, and a man called Sarastro who rules a cult devoted to the pursuit of wisdom. Sarastro is ‘in loco parentis’ for Pamina’s late father who was connected to the cult, although some productions make him Pamina’s actual father. Believing the Queen of the Night to be a bad influence, he abducts Pamina but leaves her exposed to the attentions of a slavemaster called Monostatos.

So far so good, and many of us have looked after families who are similar in some ways. In the first hour, the opera seems to invite our allegiance to Pamina’s mother. She persuades a young prince called Tamino to rescue her daughter, showing him a portrait with which he instantly falls in love. When he arrives at Sarastro’s temple, however, there is an abrupt change of perspective. Sarastro turns out to be a wise and much-loved ruler who hopes to initiate Tamino into his cult. He also reveals it was his own plan for Tamino to marry Pamina, and her wicked mother has been in his power all along.

Tamino is soon convinced. Frankly, many GPs may take longer, particularly in view of some unpleasant misogyny and racism in what Sarastro says, and his negligence in failing to protect his daughter from abuse. Nevertheless, by the end of the opera Tamino has successfully undergone initiation into the cult, the Queen of the Night has been defeated, and it is clear we are meant to be delighted.

In between, there are various other goings-on including some tests of endurance that lead to two near-suicides. Monostatos defects to the Queen of the Night in exchange for a promise of Pamina’s hand and together they launch a final putsch which fails. There is also a working-class couple called Papageno and Paragena who don’t give a fig for any of these shenanigans or mystical stuff and are more engaging than all the other characters put together.

…consider how our own beliefs about gender, race and politics inform our perceptions, both in art and life.

Directors deal with the contradictions of the plot in various ways. In traditional productions like David McVicar’s staging for Covent Garden, the Queen of the Night is presented as a garish harridan from the outset, while Sarastro is made out to be so wise and adored by his subjects that we will hopefully be distracted from his misogyny, racism and poor recruitment practices regarding slavemasters. Another approach is represented by the Swedish director Ingmar Bergman, who filmed the opera as a pantomime in a Baroque theatre, using light-heartedness instead of solemnity to achieve the same effect.

A recent performance by students at the Royal College of Music in London, directed by Polly Graham, is the most courageous and intelligent I have seen yet. It sustains our sympathy with the Queen of the Night throughout. In keeping with the spirit of the #MeToo movement, Sarastro is depicted as the creepy head-teacher of a secondary school where male staff molest the sixth form girls including Pamina, who defy them with studied insolence. It spares us the moral contortions of trying to admire her abductor and I would highly recommend it (although it’s a shame the College could not find a single black student for the cast.)

I hope you enjoy watching one or more of these versions. You can see them on YouTube and can also buy a study guide with the complete libretto. Adventurous GP educators might even want to show excerpts to their trainees and invite them to consider how our own beliefs about gender, race and politics inform our perceptions, both in art and life.

This article draws wisdom out of art. We can do this in many ways with any form of art because art almost by definition captures human feelings and experience. See for example December article reflecting on children’s stories https://bjgplife.com/storytime-as-a-vehicle-for-reflective-practice/