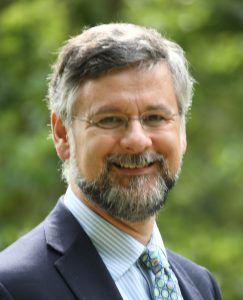 Martin Roland is an Emeritus Professor of Health Services Research at the University of Cambridge. Professor Roland was a practising GP for 35 years.

So NHS patients are going to be able to deregister with their practice and reregister with a practice offering instant smartphone consultations. Apparently 80% of problems can be dealt with by phone, but surgery consultations will be offered for those who need to be seen. In an interview with The Times, Ali Parsa, founder of Babylon – the firm providing the service – is quoted as saying “I think this is the beginning of the end for the old-fashioned way we use healthcare. It’s like going from a Nokia to an iPhone. Maybe next year 10 per cent of people will have one and in five years it will be everybody.” This may be his (commercial) dream, but I think it’s my nightmare.

The smartphone consultation will be a poor shadow of a personal interaction with a doctor they trust.

Some patients will like a quick call to an anonymous GP, but we can quickly dispel any notion that this will somehow solve the workload crisis in general practice. In fact, the service is more likely to increase demand from people who wouldn’t have sought help in the first place. Past research consistently shows that new interventions intended to reduce demand on regular NHS services, e.g. phone consulting, walk-in clinics and NHS Direct, can be popular with patients but increase overall workload. Furthermore, these studies show clearly that, while a lot of work can be done on the phone, it’s nothing like the 80% of consultations that Babylon suggests. For those who most need the NHS – the elderly, the sick, the mentally ill – the smartphone consultation will be a poor shadow of a personal interaction with a doctor they trust.

Actually, that’s not Babylon’s problem if you look at their list of exclusions. They don’t want to take people living with complex mental health conditions or complex physical, psychological and social needs, people with dementia, pregnant patients, frail patients or people with drug dependence (plus a few more). Hang on a minute! Aren’t those the people that need GPs’ professional input and take up most of our time? Ah, now we get it. Babylon wants to provide care for patients who don’t really need care at all. As Ira Gershwin wrote “Nice work if you can get it”.

It will make things worse by removing capacity from the rest of general practice.

But it’s worse than that. Not only will regular GPs in Babylon’s areas be left with all their most time-consuming patients (who minds the odd sore throat in a busy surgery?), but this scheme is going to increase health inequalities. The young, smart, fit and literate will be the ones to benefit most from the new service, and some of them will love it. But we shouldn’t imagine that it will ease demand on NHS services or substitute for the type of doctor-patient relationship that people value most. Indeed, for those GPs left looking after the patients who need our skills most, it will make things worse by removing capacity from the rest of general practice.

Babylon have done some interesting work in Rwanda, providing smartphone consultations in areas where people have mobile phones but live miles from any healthcare facility. But even if it’s right for Rwanda, that doesn’t mean it’s right for England. I’m not Luddite about this. Personally, I’d quite like the idea of a quick smartphone consultation with my GP, but only if it’s an addition to the services which he already offers and doesn’t detract from them. So if the country can afford and find the extra GPs to man the service, I wouldn’t complain. But we shouldn’t delude ourselves that this new service will in any way be a substitute for the service to our patients that GPs have developed over past decades.