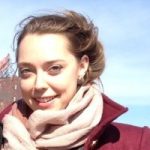 Anna Pacholczyk is a Lecturer in Medical Ethics and Law, St George’s University of London. She is on Twitter: @anna_pacholczyk

Carwyn Hooper is a Reader in Global Health Ethics and Law, St George’s University of London. He is on Twitter: @hoopercarwyn

John Spicer is a GP and teacher in Croydon, South London. He is on Twitter: @johnspicer3

Ask yourself ‘Do I feel lucky?’ This often-misquoted line from Dirty Harry, said by Clint Eastwood in role, serves to introduce the notion of moral luck. Gratifyingly, we do not often find ourselves staring down the barrel of a violent cop wielding a gun in the course of our clinical duties. But we do need to consider how luck fits into our professional lives, and the lives of our patients. And we need to reflect on the normative aspect of luck, so called moral luck, even if the term can at first appear oxymoronic.

Think of it this way: we can only be morally responsible for that which we have at least partial control over — that could mean our actions, thoughts, and even the outcomes our patients endure. Yet in the messy, complex world of primary care this degree of control might be elusive, making the interaction between our moral responsibility and luck important to think about.

For example, to escalate concerns about a poorly performing, or alcohol overusing, colleague is a matter of courage, among other things, and an example of virtuous behaviour. Many of us have had to raise a concern in the course of our careers, and it hardly needs describing as a stressful and courageous act when done. Some of us would have never had to do such a thing and, as a matter of luck, would have never encountered a situation where that degree of courage — or judgement — was called for.

It is a matter of luck regarding circumstances we’ve found ourselves in. Additionally, when we’ve brought a justified concern forward when it was necessary, the full spectre of the consequences was not in our control. Whether our action results in overall good circumstances — perhaps with the colleague getting appropriate assistance, and minimal strain to professional and team relations — is a matter of luck regarding the outcome of our action.

Similarly, when we discuss the application of statins in the primary prevention of cardiac disease or the risk of breast cancer in hormone replacement therapy (HRT), we are rolling the moral dice. Research helps of course in offering us a number needed to treat (NNT) in the former or a number needed to harm in the latter, and such statistics will guide us and our patients in reaching a shared decision. However, they conceal a luck calculation: we simply do not know if the particular patient in front of us will lie in the larger NNT or the small group where it actually brings about success. The patient is lucky if she lies in the successful or unharmed group.

Additionally, in a wider consideration of ischaemic heart disease, our patients’ behaviour may load the outcome dice one way or the other, and thus augment the luckiness, or otherwise, of the clinical outcome. While the uncertainty is likely to be diminished as personalised care advances, for the moment the uncertain status quo remains in place.

As clinicians how should we consider cases such as these and other examples of luck in medical practice? Philosophers can help us with this. Bernard Williams, who first explored the concept of moral luck, initially considered it to be a contradiction of terms, but on further philosophical analysis he argued that it was not so.1 Thomas Nagel also reasoned that luck could have a normative aspect, and in a very accessible review of the subject he offers us four ways of thinking about situations where luck can affect what he calls the ‘natural objects of moral assessment’.2

“… primary care practice is considered high risk by medical defence organisations, perhaps because of the uncertain nature of presentation and diagnosis.”

First, we should consider the constitutive aspects: it is a matter of luck that each of us has the qualities we do, such as temperament or inclinations. It could be argued that constitutive luck is also a matter of genetics and life experience, but regardless their source and correct outcome of the nature versus nurture debate, our temperament and inclinations are brought to bear on a morally important moment in professional life.

In fact, primary care practice is considered high risk by medical defence organisations, perhaps because of the uncertain nature of presentation and diagnosis. Indeed, both categories of moral luck — constitutive and circumstantial — apply in the example of the poorly performing colleague described above.

Nagel’s next two categories concern luck in prior events and outcomes that are apparent in the second clinical example. It is clearly bad luck to have a genetic predisposition to ischaemic heart disease and it is unmodifiable, unlike some of the other risk factors — although advances in genomic medicine may well impact our epistemic understanding of genetic risk factors and our ability to partially ameliorate these risks by attending regular screening or engaging in behaviours that reduce risks in other ways.

Yet, it is additionally unlucky to be subject to a disproportionate severity of psychosocial stressors, which have been associated with ischaemic heart disease in some studies.3 Moreover, it is unlucky to be one of the groups who are harmed by HRT, genetic factors notwithstanding — a matter of outcome luck. Both of those aspects of luck add an ethical layer as part of the everyday delivery of healthcare interventions, so our conception of chance events does need some thinking through as professionals or indeed as patients.

“… the view that underplays the impact of moral luck is fraught with dangers that hardly need enunciating.”

We might consider that persons who have constitutive risks of disease, and thus are morally unlucky, have a greater call on healthcare resources than those who by their own agency have created the circumstances where disease has fostered, and — by their own agency — become diseased. Occasionally, politicians let loose suggestions along these latter lines, perhaps because it is a tempting answer to the continuing underfunding of public health care or because of an ideological commitment to personal responsibility, but the view that underplays the impact of moral luck is fraught with dangers that hardly need enunciating.

Were such a system implemented, it would be rather like the legal notion of strict liability, where our patient is held at fault for risky behaviour and suffers the consequences thereof. Moreover, to attempt to bias healthcare delivery in favour of our constitutively unlucky persons seems a hard path to follow given both the ethical contestability of the moral claim that we ought to move from ‘delivery based on need’ to ‘delivery based on responsibility’, and the problems with practical and fair assessments of responsibility for health problems one suffers.

Another writer in the field, Donna Dickenson, discussed the thought experiment of a ‘probability machine’ that grinds on through life subjecting us all to effects of chance health outcomes.4 The suggestion is offered that the probability machine can be stopped — in the sense of nullifying the doctor’s responsibility for the outcome of any intervention — by fully informed consent.

Provided that the doctor performed their job competently and the ethical and legal requirement of informed consent has been met, the doctor bears no moral responsibility for the outcome. So the culmination of the discussions around HRT or statin therapy, assuming a shared decision and all that entails, bequeaths a consent to treatment that takes the GP out of any responsibility for secondary harm or failure to benefit.

The doctor might, naturally, care that the outcomes for the patient are good, and aim at the ethical goal of improving welfare of the patient as an important project. The duty of care also prevents the doctor from taking a too light, ‘better luck next time’, attitude. In cases where the outcomes are bad, therefore, there is a cause for regret — but not remorse. The poor moral luck of the patient has not, at least, morally harmed the GP.