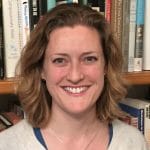 Emma McKenzie-Edwards is an Oxford GP and Medical Educator. She teaches medical students at the University of Oxford.

In 2013 an anthropology professor coined the concept of ‘bullshit jobs’. Writing for the political magazine ‘Strike,’ David Graeber proposed the theory that certain jobs are inherently useless or pointless.1 They waste time and resources and produce nothing of value.

The moral and spiritual damage to people performing tasks that they believe do not need to be performed is profound – the very antithesis of the work ethic that associates work with self-worth. His theory was based on a hunch but borne out by survey data. He expanded this as a subsequent book which is reviewed here.

…. the theory that certain jobs are inherently useless or pointless. They waste time and resources and produce nothing of value.

Graeber describes 5 types of pointless job and illustrates them with cases:

His contention is that at least 50% of jobs fall into these categories. How and why did we come to this state? He argues that the increase in automation, instead of freeing up people for more leisure time or more time for productive work, has led to the creation of bullshit jobs; a moral and political response to the anxiety that people who are ‘happy and productive with free time on their hands are a mortal danger’.

Graeber cites Orwell, ‘I believe that this instinct to perpetuate useless work is, at bottom , simply fear of the mob. The mob (the thought runs) are such low animals that they would be dangerous if they had leisure; it is safer to keep them too busy to think.’

These jobs, confoundingly, are not more likely to be lower paid, menial jobs but more likely to be in the private sector. Moreover he describes a general rule that, the more obviously one’s work benefits other people, the less one is likely to be paid for it. Graeber contends these result from ‘managerial feudalism’. The idea here is of jobs purely as vehicles of status and income in and of themselves, rather than for any other benefit to the individual or society. He likens the living of this reality to a ‘kind of hell’.

The moral and spiritual damage to people performing tasks that they believe do not need to be performed is profound.

Healthcare work is often not highly paid work and the status offered is debatable. Controversially, aspects of healthcare work could arguably fall into one, or several, of the categories of ‘bullshit jobs’.

Consider if you will the general practitioner who ‘monitors’ a person with severe depression who really needs specialist input and for whom primary care measures have been exhausted; or perhaps offers a patient with hip pain analgesia when they really need a hip replacement (but one is not forthcoming). Are they a ‘duct taper’? Consider the GP who conducts tests of limited or spurious benefit to the patient in order to complete their quality outcome framework targets. Are they a ‘box ticker’? Could a GP ever find themselves deployed as a ‘flunky’ or a goon? Worryingly could the GP in question start to see their work as less meaningful and might that have an impact on the quality of their work and life? Or are we all wired to see work that we hate or find meaningless as a noble self-sacrifice, one that brings us closer to wealth, power, comforts and pleasure?

How do we find a way out of this mess? Graeber suggests the solution may be as simple as offering people a living wage, removing the need for relentless pursuit of money and status and releasing people to perform work in a more naturalistic, productive and meaningful way. A free society if you will. According to Graeber, 37 to 40 percent of workers in rich countries already feel their jobs are pointless. If we let them decide for themselves how best they could benefit humanity, he argues, how could we possibly end up with a distribution of labour more inefficient that we already have?

David Graeber died suddenly in 2020 having just completed his last book “The Dawn of Everything: A New History of Humanity” which was published posthumously in 2021.

The Jekyll and Hyde treatment of general practice