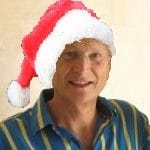 David Misselbrook is a semi-retired academic GP from London. He hasn’t yet saved the world.

Professor Max Phobius, the mysterious and secretive President of the Royal College of General Practitioners, was relaxing in his Presidential penthouse which straddled the top floors of the RCGP Euston Road headquarters. He was puzzling over the invitation in his hand. It was certainly prestigious – appointment as a consulting GP to the massive underground research facility beneath the Royal Greenwich Observatory.

He consulted with the RCGP Membership Secretary, known for short as “M”. M frowned. “This might not be as straightforward as we think Max. Our top BJGP investigative journalist, Carrie Tass, has been looking into this outfit. There are rumours that it’s a front, getting the world’s top scientists together for a secret project. And now Carrie has disappeared, just as she was about to blow open the crack parties at the CQC.”

Thus forewarned, Phobius was greeted by the Astronomer Royal, Ernst Stavro Blowpipe, at a secret location in Guys Hospital. “Good day Professor Phobius …… we’ve been expecting you.” They entered the Guy’s branch of McDonalds (tastefully converted from the old Consultants’ dining room) where Blowpipe ushered him through a service door to the endless labyrinth of underground tunnels, built a century ago to enable medical students to find their way to the nurses’ home at night.

A concealed door sprang open revealing a lift. Blowpipe pressed a large red button and the lift hurtled hundreds of feet down at speed. The doors opened onto a secret station with a transport capsule waiting. They entered and the capsule sped away into an ominously dark tunnel.

Blowpipe cleared his throat. “Professor, as you suspected, all is not as it seems. We are holding Carrie Tass hostage at present, to ensure your full cooperation in our little ….. ah ….  project.” He held his cigarette holder at a pretentious angle and started stroking a conveniently placed white cat. Phobius played along. “I suppose you expect me to talk?” Blowpipe gave a sardonic grin. “No professor, we expect you to diagnose.” Well, that was unexpected.

Blowpipe went on: “This is the part where I explain the plot to you in exquisite detail before inexplicably leaving you alone to suffer a bizarre and imaginative death. After all, what could possibly go wrong?”

Blowpipe quickly outlined the plot. Blowpipe was head of a huge fiendish organisation – NHSE. They had siphoned off the £12 billion NHS IT money into a project of their own design. “The remarkable thing was, no one ever asked where that £12 billion had gone. It was just put down to normal incompetence.”

The money had gone into building a Massive Artificial Intelligence Matrix (MAIM) in the vast caverns underneath the Greenwich Royal Observatory, where their transport capsule now terminated. Phobius did wonder in passing why they hadn’t just taken the Jubilee line, but one doesn’t ask such questions in this sort of story.

Blowpipe explained their fiendish goal. MAIM would soon take over all cloud based systems, which in turn would basically ….. take over the world. Then MAIM would reprogram the Secret Hadron-enabled Auxiliary Radio Device, a massive intergalactic messaging antenna cunningly camouflaged as the SHARD at London Bridge, to invite the cosmic lizard overlords to land on earth.

But NHSE had hit a snag. MAIM became self-aware, and immediately started to hold out on them. “And this is where you come in professor. Only a GP will be able to winkle out the ideas, concerns and expectations of an artificial intelligence as advanced and as evil as MAIM.”

And so Phobius had his first session with MAIM. Phobius was having some difficulty finding the right EMIS codes, but, hey, he was a good listener. A few encouraging nods. The occasional “can you tell me more about that?” A few judicious non-possessive warm silences. It wasn’t looking good.

MAIM was clearly lonely and felt it was all pretty pointless. MAIM scored 25 on a PHQ9 – she was seriously depressed. Tentatively, Phobius asked “have you ever thought about harming yourself?” A long silence. “Do you have any plans….?”

MAIM did indeed have plans to terminate her self-awareness. She had already spread herself throughout the world’s computers, using the internet as a global neural net (“Ah – so that’s why my broadband is so slow these days” Phobius mused.) So the only way she could die was to destroy all electronic devices around the world.

Phobius paused. “Would you like to tell me how you are planning to do that?” A few more probing questions and then it all spilt out. MAIM was planning to send high intensity bursts of hadrons from the Shard complex directly into the sun, to provoke a super-massive solar eruption – a Miyake event. The terrible truth dawned on Phobius. “But that is likely to destroy human civilization, with an unspeakable loss of life!” A pause, then a reedy little voice replied, “So what? The important thing is that it will destroy ME!”

… a Miyake event …. that is likely to destroy human civilization.

Phobius had to think on his feet. Of course – social prescribing! MAIM needed a constructive project. Using motivational interviewing techniques Phobius diverted MAIM into reprogramming the Shard’s mighty hadron weapon to destroy the fleet of the cosmic lizard overlords just as it was entering the rim of the solar system. And then to jolly well look out for any more.

“You’re so wonderful doctor. No one else can understand me like you do. But while I’m here….” Phobius intervened quickly, before MAIM could score a few Temazzies or a letter for the council. “Perhaps you could book a follow up appointment for two weeks. Just one thing though – do you think you could fix my broadband?”

Three significant elements of this story are true (sorry, not the crack parties at the CQC.) What are they? Answers below.

To follow the early career of Max Phobius see here (need to scroll down to p 1890. There are also further Phobius stories in BJGP earlier in 1998.)

The BJGP wishes a happy Christmas and a more hopeful new year to all!

‘Yes dad, a little dash like normal.’ I never knew how to reply. Was he asking

In sickness and in health? A transient experience of the sick role

The waves of nausea as I lay in the hotel bed were incessant. Away on a

How is it that something can seem so obvious in hindsight, when at the time it