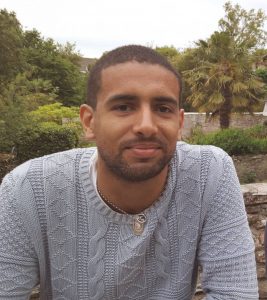 Christien Fortune is a final year medical student at The University of Manchester and has interests in cardiology and medical education.

In the fabled land of post-June 23rd Britain and Northern Ireland, politics in the UK has been understandably dominated by the UK’s decision to exit the European Union. Vote Leave’s successful campaign, in part, utilised the public’s deep seated suspicion of the juggernaut that is the multinational political union of the European Union; one that in the eyes of the “Brexiteers” yielded little benefit despite its large cost to the UK. What was remarkable was the resonation of Leave’s message with the older population; according to YouGov poll over 64% of over-65s voted to leave the EU.1 The merits of EU membership can be debated until the end of time, but something which is unequivocally clear is that the older generation, in general, did not want to be part of the EU.1

As a casual observer of the UK political scene and avid viewer of the BBC programme, Question Time, I couldn’t help seeing striking parallels between the public attitude towards the EU and another juggernaut, this time of the pharmacological variety. To understand the aspersions surrounding statins is bewildering; at the time of writing, a Cochrane review of 19 studies assessing the value of statins in the primary prevention of cardiovascular disease revealed a marked reduction in all-cause mortality, major vascular events and revascularisation.2 Objectively, it seems unmistakably clear that statins have a major role to play in preventing our cardiovascular disease-baiting, overweight country. Unfortunately, the very nature of opinion does not lie in objectivity. In my admittedly limited experience, I have found a sizeable number of older patients sceptical about the benefits of statins. In broad agreement with my anecdotes, a study looking at adherence in secondary disease prevention for coronary artery disease in a US population revealed that consistent use of lipid-lowering therapy was 44%.3 The US does have other financial factors which will play a role in adherence, however, I’m sure that for certain healthcare professionals, this message will sound familiar. It is interesting that in the case of both the European Union and statins, scepticism seems to be the default setting of the UK’s older generation. Why is it that for a demographic, we (either Remain or medical professionals, take your pick) fail to convince them of a benefit which may be inconspicuous?

Although the older generation’s relationship with statins doesn’t pose quite as bigger problem to the future of our economy as the Referendum result will, it does still have important ramifications to an individual’s cardiovascular-related mortality. A failure to address the unhealthy relationship in those who are wary about the effects of statins has the potential to detrimentally affect the very lives we seek to care for. In a Scottish population, those who were compliant with statin use were more likely to have had the consequences of hyperlipidaemia emphasised.4 Tolmie et al also highlighted the need to a regular addressing of any concerns patients may have in order to prevent patients discontinuing medication without letting their doctor know.4 At the same time, there has to be some serious PR to promote the undoubted benefits of statins in the appropriate cohorts.

Interestingly enough, as was the case in the referendum, a major stumbling block in convincing the public about the benefits of their respective causes is the work of the tabloids. In a 15-day period, the Daily Mail published articles on their website with the following titles, “Statins ‘may be waste of time’…”,5 “Millions of people may be needlessly taking statins every day…”6 and “Don’t give up your statins…”.7 This startling contradiction indicates the type of mixed messages that the public is being told; it is unreasonable to expect the general public to be able critically analyse the underlying research and human nature means that the take home message will be the title in bold above the text. Naturally, this type of journalism creates the perfect conditions to promote widespread reservations about statin use. Therefore, it is up to healthcare professionals to combat the seeds of doubt surrounding statin use and provide a clear and coherent message about the advantage of using statins.

Now, the ship may have sailed across the Channel with respect to the UK’s membership but its sister ship containing some positivity about statins is still in the docks, albeit with increasingly frayed moorings. As doctors, we need to make sure that we shore up the public’s trust in statins; it is, of course, in their interest and that is something that it is easy to overlook.