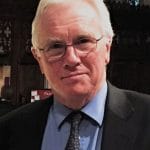 Roger Jones is Emeritus Professor of General Practice at Kings’ College, London and former editor of the BJGP.

“With all the Cummings and goings of the weekend, the UK medical profession is feeling as angry as it has been at any time of the pandemic”.


These are the opening words from the COVID-19 bulletin written by Professor Andrew Goddard, President of the Royal College of Physicians, on May 26th. Cummings is the third senior figure involved in dealing with the pandemic to have broken the rules, and the fallout has added to the litany of incoherent messaging, opaque decision making and fumbling management that has characterised much of the government handling of the crisis. It isn’t surprising that at least one medically-led petition demanding his resignation is in circulation. On the same day, as part of the Hay Festival, which is being broadcast entirely online, Devi Sridhar, Professor of global public health at Edinburgh, gave an interview about the pandemic,° which made uncomfortable listening.

The fallout has added to the litany of incoherent messaging, opaque decision making and fumbling management that has characterised much of the government handling of the crisis.

It was clear that a pandemic of a new, rapidly spreading, respiratory pathogen was regarded as highly likely by the World Health Organisation, who published a report on this in September 2019. When the WHO Public Health Emergency was declared in January it seems that low income countries responded differently than higher income countries, with more sophisticated healthcare systems. The emphasis in lower income countries such as Senegal, Rwanda, Ghana, Thailand , Vietnam, and parts of India, was on testing and containment and, given their limited resources, their health outcomes in terms of mortality have been remarkably good.

When asked to choose countries which she would highlight as having done particularly well Sridhar chose, first of all, South Korea which, despite having a huge capital city, Seoul, achieved remarkably low levels of mortality without imposing a lockdown, using testing, tracing, isolation, wearing face masks, and temperature checks in buildings, whilst maintaining movement of individuals. She highlighted New Zealand for its leadership and the declaration by its Prime Minister that they would not accept any level of mortality, and closed borders and locked down very fast, long before the infection rate started to become exponential, as it did before lockdown began in the UK. Numbers of coronavirus cases in New Zealand are now so low it is possible to keep a check on all of them. Greece, where intensive care and ventilation facilities are limited, and where there is a large elderly population, has also done well in this battle, through early lockdown and testing and tracing. Finally, she highlighted Senegal, which started to focus on producing cheap diagnostics as early as January, so that testing, tracing and isolation could be possible.

Overall, countries which followed WHO advice advice on testing, tracing and isolation have done better, irrespective of their levels of resource. Rich countries with strong healthcare systems, such as the US and the UK, who thought that they could ‘treat their way out’ of the virus have done worst of all. It is remarkable that the UK’s test and trace system is still at such an early stage. Two weeks ago a friend was alerted via her mobile phone, having downloaded the Covid app, that she should go for testing because of likely contact with a coronavirus-infected person. She drove to the postcode she was given, which turned out to be in the middle of an uninhabited industrial estate.

The separation between health and social care, which was in part responsible for the appalling scandal which engulfed care homes, has long been a source of concern

Of course, nobody has ‘done well’ in this tragedy, and the excess mortality related to the crisis was one of the topics discussed by another Hay contributor, Sir David Speigelhalter, Winton Professor of the Public understanding of Risk at the University of Cambridge. He was clear that the most appropriate metric which, when the data are all available, will tell us most will be the excess mortality incurred over the pandemic period. One of the consequences of the NHS preparing itself to deal with coronavirus cases was that it effectively closed down for business for many other serious problems.

Much of the excess mortality will almost certainly turn out not to be due directly to coronavirus infection, but to other diseases, undiagnosed, untreated or treated too late, and also to the large number of excess deaths which have taken place at home, possibly because of problems with palliative care. There is a terrible irony in that –— the magnificent response that we saw across the NHS and the entire health and social care system having serious unintended adverse consequences.

There are already many lessons to learn from this catastrophe, particularly about preparedness, honesty and transparency, learning about and following best practice in other countries, clarity of information and public health messages, and consistency in their application. There are also some positives. The NHS has been catapulted into the digital age, and patterns of consultation, attendance, referral and investigations will never be the same again. The service may become more efficient and more able to cope with the increasing demands and resource constraints that lie ahead, and in general practice we need to think of ways of doing this without losing the human touch.

The separation between health and social care, which was in part responsible for the appalling scandal which engulfed care homes, has long been a source of concern and in future the Department of Health and Social Care must start doing exactly what it says on the tin. There will almost certainly be a radical reappraisal of the way that public health is configured and operates in the UK so that when the next crisis comes, as it surely will, we are better prepared, more agile, less hubristic and more decisive.

Hong Kong, COVID-19 and the role of GPs