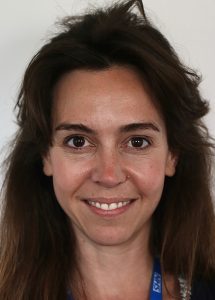 The Assisted Dying Bill, a private member’s bill (the third bill debated in recent years) had its second reading in the House of Lords in October 2021. During the debate Lord Field revealed that he was terminally ill and now supported the legalisation of assisted dying, having previously voted against it. His words read out by Baroness Meacher: “I changed my mind on assisted dying when an MP friend was dying of cancer and wanted to die early before the full horror effects set in, but was denied this opportunity.” 1 The bill is currently at the committee stage.

A YouGov poll of 1758 adults published in August 2021 showed that 73% supported allowing doctor assisted suicide.2 The largest ever public poll, undertaken in 2015 by Dignity in Dying, found that 84% of the 5018 people polled supported assisted dying.3

…the BMA adopted a neutral position on assisted dying at its annual meeting in September 2021.

The British Medical Association (BMA) held a vote in February 2020 in which 150,000 members were contacted. A total of 28,986 members responded and of those 40% felt that the BMA should actively support a change in the law. 50% of respondents supported a change in the law to allow a physician to prescribe life ending drugs. 39% opposed this and 11% remained undecided. Subsequently the BMA adopted a neutral position on assisted dying at its annual meeting in September 2021.4

The Royal College of Physicians (RCP) polled its 36,000 members in 2019 on whether the RCP should support a change in the law to allow assisted dying. Of the 6,885 physicians who responded 43.4% did not want the RCP to support this. Of those remaining, 31.6% did wish the RCP to support a change in law and 25% were neutral on the issue.5 As a consequence, the RCP has adopted a position of neutrality with regard to a change in the law.

The British Geriatrics Society (BGS) stated in 2015 that they would not support a change in the law. However, they accept that within society there is a growing emphasis on the rights of the individual, including the right to choose the manner and timing of one’s death. The BGS would play a constructive role in discussion with law makers if there were to be any change in the law, to ensure robust safeguards to protect the interests of older and vulnerable people.7

There are now 11 countries in which some form of assisted dying is legal, either country wide or in certain states or provinces. A review of Canada, in which medically assisted dying (MAID) became legal in 2016, shows that there were 7,595 cases of MAID in 2020, representing a 34.2% growth rate from 2019 and accounting for 2.5% of all deaths.8 The vast majority of these deaths required a physician to administer an IV drug to facilitate death. Cancer was the most common underlying condition (69.1% of cases), followed by cardiovascular conditions (13.8%), respiratory conditions (11.3%) and neurological conditions (10.2%). Of these patients, 82.8% were receiving palliative care at the time of their death. 68.1% of patients received MAID care from a family physician and a shift was noted towards receiving MAID care in the home environment, with 47.6% of patients in a private residence, 28% in hospitals and 17.2% in palliative care settings. 78% of written requests for MAID were granted, with the remaining not granted due to death before receiving MAID (12.7% of requests), ineligibility (6%) or withdrawal of request (2.5%).

All patients should receive excellent palliative care when they are given a life limiting diagnosis. It is our hope that all patients experience a good death. The government published its National Commitment For End Of Life Care in 2016 aiming to provide all patients with high quality and compassionate care, respecting the wishes of a dying patient, easing their pain and lifting their spirits.9

Patients with end stage dementia and neurological illness, and those at the end of life are often unable to express their pain, their wishes and their concerns. It falls to physicians then to ensure that patients are pain free and that their wishes are respected during this time. Relatives often feel the burden of care and of decision making during the end stages of illness, they can feel helpless and tormented at the sight of their loved ones. If we encouraged families to initiate conversations about death and dying in times of better health, and in absence of fear and depression that illness so often brings with it, then both relatives and doctors could be more confident in acting in the individual patient’s best interests.

It is understandable that many hospital physicians may not feel comfortable with discussing assisted dying with patients who are generally admitted due to acute illness or decompensation. They will not necessarily know the patient and their family well, and understandably are focussed on trying to treat illness with the aim of discharging a patient home. GPs however have the opportunity to discuss end of life wishes over a longer period of time, raising the issue when it feels appropriate and in anticipation of decline.

It is entirely reasonable to accept that not all physicians would be willing to assist a patient in ending their life. However, this should not necessarily mean that they cannot support a change in the law, and it does not mean that they should avoid the discussion and the debate. It is relevant to remember how different our roles within the medical profession are and how this changes one’s perspective on the issue. Let us also never forget the perspective of the patient. And if we are to believe the surveys historical and current, the general public seem more concrete in their views on the issue than we do.

Many medical professionals have yet to express their views on the matter of assisted dying, as demonstrated by the small percentage of member responses to the various surveys published. The RCGP, who continue to hold a position of opposition to any change in law, received responses from just over 13% of their members in 2020.6 Given their integral role to the potential future practice of assisted dying, as demonstrated by the current practice in Canada,8 it is GPs who should be most encouraged to debate the issue without fear of judgment from within the profession. It is incredibly challenging for a physician to consider the issue in plurality; as any individual might contemplate their own death and that of a loved one, a physician must also contemplate what it would be to take responsibility for ending another person’s life, even when that is considered to be in their best interest.

Moral distress and euthanasia: what, if anything, can doctors learn from vets?

The Second Reading of The Assisted Dying Bill in the House of Lords: A critique