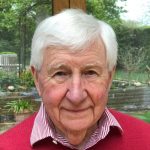 Edward Reynolds is a Medical Historian. He is a former Consultant Neurologist to the Maudsley and King’s College Hospitals, London and the Integrated Care Partnership, Epsom, Surrey. He is Honorary Senior Lecturer, Department of Clinical Neurosciences, King’s College, London and Past President, International League against Epilepsy.

“The doctor was there to order isolation”1 Camus, The Plague.

The three national quarantines …. in the last year are the first for any infectious disease for over 140 years.

The 1875 Act established local urban and rural authorities responsible for their own public health led by a local Medical Officer of Health (MOH), invariably a General Practitioner (GP). Working with the local Council the MOH was responsible for water and food hygiene, sanitation, and all issues injurious to health arising in the home, school or workplace; and crucially for the diagnosis, recording, management or isolation and prevention of infectious diseases.

In the 1877 Report of the Local Government Board the Medical Officer noted that a quarantine which is ineffective is a mere irrational derangement of commerce, and a quarantine of the kind which ensures success is more easily imagined than realised. Therefore quarantines were to be replaced by a new system of primary care-led “Medical Inspection” or local public health.2

Before, during and after World War Two (WW2) my father, a single-handed GP, was also MOH for our village of Caerleon in Monmouthshire with a pre-war population of about 3,000. He was responsible for the local diagnosis, notification, isolation, treatment or vaccination of the many bacterial or viral outbreaks of that pre and post WW2 period. Working with a Committee of another GP and two of the Urban District Councillors he produced an Annual Report covering all aspects of the public health of the village, including communicable diseases. His Report for 1937 for example, includes vital statistics, i.e. births and deaths, in great detail; social conditions, including housing and sanitation; medical and social services, almost all, including isolation hospitals, outside Caerleon; food and factory hygiene. That year the dominant infectious diseases of the village were tuberculosis and scarlet fever, but the infant school had to be briefly closed on three occasions because of outbreaks of Chicken Pox, Mumps and Measles respectively.

The demise of local public health and reintroduction of national quarantines.

It is insufficiently appreciated that primary care-led local public health protected this country well from national quarantines for over a century until the former was gradually eroded early in the 21st century and centralised, first in the Health Protection Agency and later with the 2012 Health and Social Care Act in Public Health England. At the same time the 1990 NHS and Community Care Act introduced market forces and fragmentation into the NHS. Since then service principles have been subordinated to, or in constant tension, with business principles such that the NHS has been under constant pressure and rarely out of the news with concerns about under-funding, under-staffing, patient safety and staff morale.3

Service principles have been subordinated to, or in constant tension, with business principles.

And so when the new untreatable Covid 19 virus struck the UK in February 2020 the previously robust local public health defences no longer existed, and the NHS was functioning precariously at maximum capacity. As of May 2021 over 127,000 have officially died and the UK has one of the worst death rates in the world despite three national quarantines for the first time since the 1875 Act.

The predictable economic and social consequences of such quarantines have been all too visible. Furthermore with the future plans of almost all on hold together with painful separation from both the living and the dying, family and friends, many have become anxious prisoners of the quarantines,1 with long-term harm to mental and physical health. It is debatable and debated whether the disastrous consequences of such quarantines are as bad or worse than the disastrous effects of the pandemic.4

When the pandemic is over there will be a detailed inquiry of what went wrong and how to do better in future pandemics. One conclusion seems almost certain. Never again should we have to experience such impractical, arbitary and avoidable harmful national quarantines, as was understood in 1877. One other conclusion seems probable. We have known for centuries that apart from hygiene, sanitation and disinfection the key to preventing the spread of an untreatable infection is isolation of patients and contacts. As was well known the key to isolation and the prevention of contagion is local public health as we have successfully practiced in the past and other countries have demonstrated in this pandemic.5 A good example is Thailand with only 67 deaths in 2020, largely due to the mobilisation of one million volunteer health workers together with border controls, including free quarantine hotels for Thais. Unfortunately in the spring of 2020 instead of building up our depleted local defences the Government made the monumental misjudgement of establishing a new centralised test, trace and isolate system run by private companies with little or no experience in public health.

The Government made the monumental misjudgement of establishing a new centralised test, trace and isolate system run by private companies with little or no experience in public health.

As others have pointed out, despite impressive numbers of tests6 the data for contact tracing is consistently poor at around 60% by November of 2020. But worst of all we have no statistics for the number of isolations which is the objective of the system. In the absence of significant supervision and support for isolation it has been predicted that fewer than 20% of those asked to isolate are doing so, confirming that the centralised system is an expensive failure,7 contributing to the second and third waves and quarantines. If only half the allocated 22 billion pounds (so far) had been directed to primary care with GP’s and their support staff in the frontline of “medical inspection”, where isolations can be encouraged and documented, the outcome could have been very different. If GP’s can now be involved in Covid vaccination there is every reason to believe they should have been involved in test, trace and isolate.

As we have seen in the last year, national quarantines are so harmful to the personal, economic and social life of the country that it is difficult to imagine that any Regulatory Authority, if ever asked, would approve such a health policy, except as a last desperate measure to allow time to initiate more effective, less harmful local public health measures, as was understood in 1877.

Unfortunately the primary care-led public health defences against infectious diseases which proved so successful throughout the 20th century have been dismantled.

Unfortunately the primary care-led public health defences against infectious diseases which proved so successful throughout the 20th century have been dismantled and inappropriately centralised in the 21st century. This together with the simultaneous reduction in capacity and increased fragility of the NHS left the country particularly vulnerable to a pandemic. Regrettably, during the first national quarantine in the spring of 2020 the Government failed to learn the lessons of the past or from the example of other more successful countries, leading to two more harmful national quarantines.

The simultaneous reduction in capacity and increased fragility of the NHS left the country particularly vulnerable to a pandemic.

History, present experience and common sense indicate that to prevent further harmful national quarantines the way forward is to revive a modernised partnership between primary care and very local authorities with the guidance and support of central Government. The UK has one of the most comprehensive primary care services in the world, as illustrated again this year during the rapid implementation of the vaccination programme. Almost everyone is registered with a general practice and no one is better placed to understand and address the health issues of patients, families and their local community than GP’s. The reinvolvement of primary care together with more granular local authority structures will be the key to preventing further disastrous national quarantines in the future.