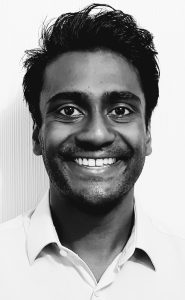 Yathu Maheswaran is a junior doctor in the West Midlands with interests in medical education and global health. He is on twitter: @yathunamatata

This is Going to Hurt, based on Adam Kay’s book of the same name, aired on BBC One on 8th February 2022.1 The semi-autobiographical series follows Adam as he navigates a career in Obstetrics and Gynaecology, set against a backdrop of an under resourced UK National Health Service (NHS) pre-dating the political and healthcare challenges of the previous decade.2 Whilst in some instances recognisable dramatic license has been taken, many NHS staff will resonate with the series’ reflection of the realities of life on the NHS frontline. This story serves as a memoir, a comedy and a cautionary tale with lessons which are applicable to working in a present-day NHS.

To improve role modelling, we should consciously recognise the potential positive or negative impact of our behaviour…

The show depicts an exhausted and frustrated Registrar, Adam, who is often abrupt with his Senior House Officer (SHO) Shruthi, to whom he becomes a role model. Role modelling is an important phenomenon in medical education, describing the learning process in which seniors can demonstrate skills, knowledge and behaviours to learners. All role models function in the informal curriculum – the unplanned, interpersonal forms of teaching and learning – in contrast to the course objectives that make up the formal curriculum (3). Adam’s role modelling positively impacts Shruti’s clinical development demonstrated by her increase in clinical competence and realistic expectations, however we can also attribute some of her later negative behaviours to him, including her own initial dismissiveness towards a junior colleague and nursing staff. This also highlights the potential negative effect of role modelling on the professional behaviours of learners.

To improve role modelling, we should consciously recognise the potential positive or negative impact of our behaviour on those who seek to learn from us. Furthermore, we should examine and explain our behaviours to learners, thereby making their implicit observations explicit.3

Role modelling also takes place at the level of the hidden curriculum – the set of influences conveyed by the attitudes, policies and culture within an organisation.4 From the series, the pressures on the health service are evident. The pervasive culture is one of overwork and making do with the available time and resources. We see the effects of this in Adam’s hasty admonishments of Shruti in moments when she would benefit from more instruction, or the simple acceptance of shortage of equipment and institutional support. In these moments, the show warns against the erosion of morale and the negative impact of the hidden curriculum. It is worth considering how our institutions unknowingly influence our own approach to work and how to overcome any barriers to creative a positive work environment.

The series is a portrait of the collateral damage on the characters’ personal lives too. We experience this in the narrative threads of Adam’s inability to discuss his work with his partner, Harry; and the lack of support available to Shruti as she juggles the stresses of work, training demands and social isolation. The harrowing conclusions of these threads can be attributed to chronic fatigue, workplace stressors and lack of psychological and practical support. It is worth noting that doctors have been reported to be more vulnerable to mental illnesses than the general population – something which this series and the COVID-19 Pandemic bring into sharp focus.5,6

During an exchange with her consultant Miss Houghton, Shruti is told to either sink or swim when facing her challenges, reflecting the tendency of neo-liberal culture to place the responsibility for wellbeing on the individual rather than the organisation.5 The narrative makes apparent that these challenges are too much for any one person to face alone. Thus in the latter moments of the series Adam Kay is able to stress his two most important lessons. Firstly, that urgent systemic changes are needed to support NHS staff; and secondly, that we have a collective responsibility for the wellbeing of our colleagues and ourselves.

This Is Going To Hurt depicts the NHS at a different time, but the parallels with post-COVID-19 times are stark. The show invites us to reflect on the very real challenges that NHS trainees (and indeed all staff) face and on the persisting care and altruism that they continue to display.

Should we be teaching doctors to be better patients?

Planetary health and sustainable primary care: What does this mean for a GP curriculum?

The Last King of Scotland: Using a movie to explore family medicine residents’ understanding of professionalism