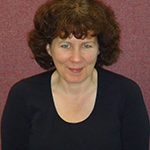 Judith Dawson is a GP in Kettering and national clinical lead for the social care charity, Leonard Cheshire.

When I was a junior doctor in 1991, I was very impressed by a paper written by a consultant orthopaedic surgeon who had the courage to take a junior medical house officer locum to experience their working conditions.1

He wrote of the experience of time from both a consultant and junior doctor perspective, something which he had been unaware of before taking on the post. He described the ward round as ‘a pageant in slow motion, a ritual so dissociated from everything going on around as to be almost psychotic’ followed by the frenetic activity for the junior staff when the senior was not on the ward.

This experience of time as being influenced by our position within the medical hierarchy is common to many encounters. We become accustomed as GPs to time being broken up into 10-minute blocks, to the extent that it is often difficult to keep still or concentrate in long meetings.

In the patient view, psychological preparation for [an] appointment consumes time for at least a week beforehand.

The time stolen from our clinics while we wait on the telephone trying to get through to an acute hospital feels almost physically painful, the knots tighten in the shoulder muscles as the clock ticks on. The stress and stigma of running late in clinic is very strong, although thankfully has been tempered to some extent by the more flexible consulting patterns that have arisen because of COVID-19.

Time perception also changes during a long medical career. At the beginning it seems to stretch in front of us and spool forwards, punctuated only by professional examinations and then, suddenly, like Philip Larkin, we realise that time has gone, ‘torn off unused’.2

From the patient perspective, time takes on a completely new meaning. Anya de longh has written of how it feels to be a patient with a complex clinical condition, waiting for the hospital appointment that comes round every year; planning for it, thinking about it, hoping for a better outcome.3

She describes the fear of seeing her precious time evaporate if she has to recount her past medical history, as this inevitably eats into the remaining therapeutic discussion, and how she feels burdened by the need to prioritise her questions and work out what she can afford to leave for the 12 months till her next appointment. In the patient view, psychological preparation for that appointment consumes time for at least a week beforehand.

Then there is also time spent in phoning receptions in general practice, travel to the hospital, parking, navigating large healthcare campuses and registration systems, before achieving access to the waiting room itself and the inner sanctum inhabited by the clinician. In 10 minutes the patient is in and out of that door, shriven but not healed, still bearing the burden of their illness and going out to face the world again, as if at the bottom of the mountain path leading to the apex of the next appointment.

Having become accustomed to the 60-minute hour and 60-second minute, we forget that once the notion of time was fluid …

Inpatient studies have shown that hospital patients become acutely aware of the loss of control of their time. The days are described as ‘unbearably long’ in contrast to the lack of time that they observe is experienced by healthcare professionals.4

We know that different cultures look at time in a different way. Having become accustomed to the 60-minute hour and 60-second minute, we forget that once the notion of time was fluid for many people apart from the marking of religious observance, and it was not until the introduction of the railway timetable that time really became standardised across the country.

Anthropological and psychological studies have shown the perception of time can be altered by emotional feeling or by cultural structure.5 For a clinician, being able to get a patient seen within 2 weeks when we suspect cancer feels like a breakthrough, but for that patient, it’s 2 weeks, 14 days, 336 hours of wondering whether their symptom is a harbinger of severe illness or a sheep in wolf’s clothing.

In his masterly study of general practice, John Berger reminds us that ‘anguish has its own time scale. What separates the anguished person from the unanguished is the barrier of time: a barrier which intimidates the imagination of the latter’.6

Palliative Care: Is it time for healthcare professionals to talk openly about psychedelic therapy?