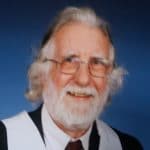 Peter D. Toon is a retired GP and clinical ethicist, now living partly in Canterbury Kent and partly in Avignon, France, and writes in both cities.

Spending part of the pandemic in England and part in France has made me think about differences between the two countries.  At the time of writing, France has had 68,939 deaths from Covid 19 against the UK’s 83,342. Total recorded cases are similar, but probably underestimates incidence: not everyone infected is symptomatic and not everyone who is symptomatic gets tested.  Total deaths is a more reliable measure (epidemiologists say “where there is death there’s hope”) but criteria for attributing deaths to Covid may vary. Excess deaths compared with previous years avoids this difficulty and on this measure the difference is even greater; 53,100 deaths in France against 79,70 in the UK.

The population of the two countries is almost the same, so why more deaths in the UK?

The population of the two countries is almost the same, so why more deaths in the UK?  Age profile and average income are similar;  indeed the French are slightly older and poorer than the British, which should increase their death rate. French population density is lower, but in both countries more than 80% of people live in towns – France just has more empty space.

Possible explanations include the nature of the infection, health service provision and Government policy and behaviour. There is much talk in the French press about the “variant anglais”; might this mutation explain the difference? It seems improbable that French doctors are 50 % more skilled in saving lives than British ones; however some blame the UK death rate on NHS underfunding. In 2017 France spent $4,380 per head on health against $3,859 in the UK, a 13% difference.

Some have blamed the second  UK wave on the “Eat out to Help Out” programme in August, because it  encouraging mixing and gave people the impression the epidemic was over. But France also had a second wave without this programme – the French need no encouragement to eat out!

In general, policies in the two countries have been similar: the first lockdown started a few days earlier in France than in the UK, a delay which has been criticised as causing more deaths. In November lockdown in France started just a couple of days before England, but unlike England France moved most higher education online at that point.

The first thing I noticed when we arrived in France was the difference in mask wearing. This was compulsory where we live and most people complied, although some wore it on their chin or below their nose in the street,  pulling it up when going into a shop or meeting someone. Returning to the UK I was shocked to see most people still walking the streets without masks.

A striking difference was the greater clarity of lockdown rules in France.

A striking difference was the greater clarity of lockdown rules in France. You could exercise for one hour a day within 1 km of your home: you did not have to guess what “local” meant. A form listing legitimate reasons for leaving home was printed in newspapers and available on the web – I downloaded it to my phone.  You were supposed to complete this “attestation” with your name, address and reason for leaving home every time you went out. I only saw them being checked once, but this made people very aware of the rules.

Similar clarity was seen in official announcements. In late November President Macron said that daily cases has fallen from over 60,000 before lockdown to 20,000 per day, but that did not meet their target of 5,000 cases per day before lockdown could  end. He announced a slight easing of exercise to three hours a day up to 20km from home and the reopening of some shops, and a programme of fortnightly reviews over the next two months which contrasted with the vacillation seen in the UK.

A strategy used in France  but not in the UK has been curfew:  Immediately after lockdown at 8 pm, and in many places now 6 pm. This was lifted on Christmas Eve so people could go to Midnight Mass, but not for New Year, despite the importance of Reveillon meals in French culture.

However the pandemic is not over, and whilst the UK is amongst the leaders in its vaccination programme, France is the slowest. Will this compensate for earlier problems?

How can General Practice improve the mental health care experience of Black men in the UK?