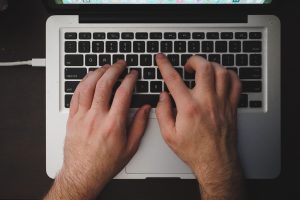 Anybody who was a fan of movies, sports, or Al Pacino in 1999 is probably familiar with Pacino’s famous ‘game of inches’ speech. Pacino was playing the part of coach to a struggling American Football team and it was with this speech that he inspired his team before they ran out for a make or break match. Many consider it to be a paradigm for motivational speaking.

In between looking at that funny mole and ticking the QOF boxes, it is easy to let the note taking seconds vanish from the consultation. How often is a complex and draining consultation summed up with a couple of rushed and inadequate sentences that hardly do the interaction justice as we hurry on to see the next patient? How often do these rushed entries leave us indefensible in the eyes of the law and the GMC should things turn out badly?

It seems unlikely that our patients are about to become more straightforward and, whilst we might wish it, the administrative burden of our roles is unlikely to diminish any time soon. But there are ways that we can squeeze those vital seconds, ways in which we can make that part of the consultation count.

How many of us ever learn to touch type?

For example, almost every interaction we have with patients results in typing and yet how many of us ever learn to touch type? A proficient touch typist can type as quickly as someone speaks and it is a skill that is relatively straight forward to acquire with a few minutes of practice each day over the course of a few weeks.

Of all the technology in our rooms, the keyboard is amongst the most simple and yet most of us use it badly. Data from NHS England suggests that the mean number of words typed in a GP consultation is 29.¹ This seems very little given the often complex nature of the consultations and probably reflects the time pressures involved. This data was from an audit of 200 consultations and data acquired from the same audit suggested that a GP who touch types rather than using the ‘hunt and peck’ method of typing could save 17 minutes each day, or nearly two consultations worth of time, based on 40 consultations per day.

Perhaps better yet is to stop typing altogether. Voice recognition technology is not new but it has taken some time for it to become capable of handling medical dictation. At my practice, most of the GPs now dictate directly into the patient notes, both for consultation notes and for letters, obviating the need to type at all. We use Dragon Medical which can transcribe at a rate of 160 words per minute, but there are numerous other medical transcription software packages that are capable of the same.

The ten minute consultation is bursting at the seams as is, arguably, the whole of general practice. If a seismic shift in the way we work is not soon forthcoming then, for now, we need to work in the inches. We need to find ways to make every precious second count and there are relatively simple technologies available already that can help us do that.

Nice to read a post with positive suggestions rather than droning on about our dire situation ad nauseum. 👍

My story of everyday scholarship in general practice