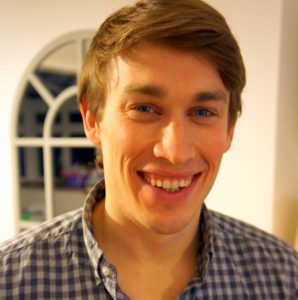 Adam Staten is a GP in Milton Keynes and is on Twitter @adamstaten.

In the last forty years there have been at least fifteen major structural reforms to the NHS. These have frequently been cyclical, rapidly and incoherently implemented, with very little analysis of why each reform has failed to deliver what it was intended to before the next one is begun.[footnote]Walshe K. Reorganisation of the NHS in England. BMJ 2010;341:c3843[/footnote]

Amongst the latest and most notorious of these changes were those introduced by the Health and Social Care Act 2012. Those reforms resulted in the dismantlement of 162 organisations and the establishment of between 500 and 600 new ones and they are conservatively estimated to have cost about £1.15 billion. The changes were so cack-handedly implemented that the King’s Fund almost immediately commissioned a report entitled ‘Never Again?’.[footnote]King’s Fund. Never Again? The Story of the Health and Social Care Act 2012. 2012[/footnote]

And yet a few short years later, we in primary care are a few weeks away from another major reform that even at first glance is so obviously filled with inconsistency and magical thinking that the seeds of its failure seem to be sown at its inception. As ever, the details of the plan are not clear but it falls on us to implement it at breakneck speed.

It seems that some of us are going to serve our patients better by seeing less of them.

The intention is good, providing for collaborative working, economies of scale, and a funded multi-disciplinary team to support us in our work, but the implementation is bizarre. Whilst the formation of primary care networks is supposed to represent bottom up reform that allows us to dynamically meet the needs of our local population we are told more or less exactly how to do this with a standardised approach. For example, funding for allied health professionals is welcome but why are we told who to employ and even when we should start employing them? Surely our local demography and system pressures should dictate who joins our team?

At a time of a stretched and dwindling workforce, every 30-50,000 patients in the country is now also going to lose a day a week of GP time in order to provide network clinical directors. It seems that some of us are going to serve our patients better by seeing less of them. I am sure I am not alone in already having spent hours sat around tables discussing network agreements, voting arrangements, even a new name for the network, rather than attending to clinical duties.

We can however choose who we work with, unless we choose wrongly in which case we will be told who to work with. And the network DES is of course voluntary, giving us the option of either voluntarily delivering it, or voluntarily going out of business.

With talk of the need to form boards, sub-committees, and legal entities, what enthusiasm there was for the changes seems to be rapidly ebbing away and already people seem to be talking quietly of just doing the minimum necessary to grab the funding on offer whilst waiting for the whole scheme to fall over.

Personally I think there is a lot of merit in the idea of us working more closely together but the implementation of primary care networks is too fast, too forced, and too formulaic either to achieve its aims or to get the buy in of the people who will have to make it happen. If this is going to work we need to be trusted to do it in ways that suit our local workforce and our local patient population.