The NHS in England is going through a process called Sustainability and Transformation Plans (STPs). As the NHS England website describes “each system will produce a multi-year Sustainability and Transformation Plan showing how local services will evolve and become sustainable over the next five years – ultimately delivering the Five Year Forward View vision of better health, better patient care and improved NHS efficiency”.1

All 44 STP areas have now published their plans and it appears that there are a number of common themes. Firstly that there is a recognition that there are efficiencies and cost reductions to be gained by reducing back off costs, by improving procurement (mainly from single and at scale purchasing) and by co-locating health and social care staff and thus being able to reduce the buildings estate and improve integration. Secondly by reducing (or at least not having any more) acute and hospital beds often by centralising services in a given area. Thirdly that a considerable amount of work currently undertaken in a hospital sector can be encompassed within primary care and that primary care (including general practice) will have the capacity to undertake additional work transferred from secondary care by improved prevention, better integration and the greater use of (predominantly) nursing and allied staff supported by better social care and that fourthly that themes 1 to 3 will lead to better care and at lower costs. Do current STP plans stand up to scrutiny and have they used the lessons of history in building their plans?

It may surprise some to realise that a British health service successfully did a very similar task over 20 years ago. Following the fall of the Berlin Wall there remained a British population attached to HM Forces in North West Europe and spread from Berlin through Northern Germany and into the Low Countries. It was served by British GP and community practices (often with integrated community hospital type beds) with British hospital services located at four locations across the wide geographical area. There was widespread recognition that whilst primary care (including general practice) services were good, access to secondary care was difficult due to the large distances patients had to travel and that the overall system was inefficient and expensive even if other standards were high. Following considerable work, the eventual model implemented a system whereby it increased the focus on community services; on prevention; on only referring patients to hospital when the experience, expertise and technology that a hospital setting could provide and it integrated staff under one management structure. Within this all health staff (including community based consultants) used the same GP based computer system2 and within the structure there was the ability to ‘flex” staff in a geographical region according to patient demand.

A key element of the changes was the closure of the British Military Hospitals and a change to accessing local German hospital services for episodes of care under contract. Within this was an aim to save over £4M or 10% of the then budget (based at 1994 prices).3 As part of the process there was a ‘bottom up’ mathematically derived approach on the numbers and types of community staff required to meet both accessibility needs and quality standards and especially in the changed system whereby many services which had previously been supplied in a hospital setting moved into the community.4 With the changes predicted to hospital services, there was a significant increase in community resources and staff which included general practitioners, midwives, health visitors and others.

There are clear parallels from the above experience in British Forces Germany (BFG) to the challenges that currently confront STPs; what can be learnt from this experience? Firstly that there needs to be a single and coherent vision based upon a needs assessment of the population; in BFG there was a large evidence based exercise in involving patients by means of questionnaires, public meetings and focus groups and it was clear that most patients wanted improved access and that travelling the large distances for British secondary care was unacceptable. Secondly there needs to be “cross system” professional engagement and broad agreement on the direction of travel; within this is an ability to address the many difficult issues and questions that any major system change will raise. Thirdly that there needs to be a full understanding that as hospital systems change, that there is detailed plan (including mathematical modelling) of how, where and when community services would be able to cope with the increase in patient volumes and potential complexity. The BFG experience is that practice workload increased by approximately 10%, so this area is not to be underestimated and as described above was expected and met with a large increase in staffing of all groups. Fourthly that whilst integration is helpful (predominantly to the quality of care), improvements in productivity are likely to be marginal. Other studies have reached similar conclusions.5

The challenges confronting STP leaders are significant.  In many cases engagement with the public, the professions and politicians has only just started – this is to be regretted as consistent evidence on system change is that early engagement, considering and overcoming barriers is required. Secondly there needs to be urgent analysis of the implication of proposed changes to hospital services on the community services including general practice This is much wider than increasing the number of nursing and allied staff but must include where and how medical care is provided including prescribing, taking a broad holistic approach to patients many of whom have polymorbidity, managing risk and where responsibility for decisions lies. An analysis of published STP proposals reveals that this area of detail is lacking in all. Finally there needs to be an overview on whether current STP plans can be delivered in planned timescales given the significant number of barriers they are likely to encounter and very importantly whether in reality they are likely to deliver the required improvements in productivity and cost reduction without significantly affecting patient safety and experience. 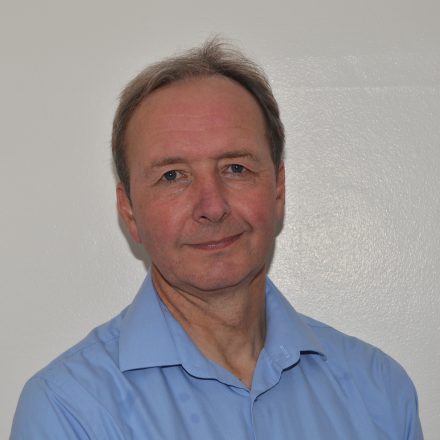 Jonathan Leach is a GP in Bromsgrove and Chair of the Midlands Faculty of RCGP. Jonathan initially pursued a military career for 25 years as a doctor before returning to the NHS. He is especially interested in supporting general practice at a time when it is under significant pressure.