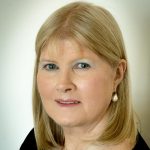 Frances Cranfield is a senior partner in practice and Medical Examiner Lead for the Royal College of General Practitioners.

This journey began with the horrific murders by Harold Shipman. Dame Janet Smith in her third Shipman Report in 2003, recommended a system of medical examiners. It has been a long and bumpy path, with matters such as the Mid Staffordshire NHS Foundation Trust Inquiry and the Morecambe Bay Investigation providing further evidence for the need for a medical examiner system. There have been some initial pilots schemes implemented, from which there has been valuable learning.

…. a national system of medical examiners in England … will result in the scrutiny of all deaths not referred to the coroner.

Medical examiners put the bereaved at the centre of the process by giving families and next of kin the opportunity to ask questions, raise concerns and hopefully help them to gain a better understanding. This important part of bereavement care aims to help them find the best closure they can to this part of their lives. In addition to their vital work with the bereaved, medical examiners, by their support and discussions with the doctor certifying, help doctors to complete the Medical Certificate of Cause of Death (MCCD) to the best of their knowledge and belief, especially in complex cases. This has led to improvement in the quality and accuracy of MCCDs and so has reduced the number of occasions when the register offices reject MCCDS. Medical examiners can also support GPs by advising whether there is a need to refer to the coroner and can help when coroner’s officers have queries.

In the last two years, despite the pandemic, there has been significant progress and all hospital trusts in England and Wales now have a medical examiner system in place, in differing stages of development. The national system is now ready to extend scrutiny to deaths that occur in the community.

So who are medical examiners? They are senior doctors who provide independent scrutiny of deaths not referred to the coroner and they come from a wide range of medical backgrounds.

[Medical examiners] are senior doctors who provide independent scrutiny of deaths not referred to the coroner.

Medical examiners are employed by NHS Trusts in England and by NHS Wales Shared Services Partnership in Wales. To aid with their independence they have a separate reporting line to regional lead medical examiners and the National Medical Examiner. Information about the job description, e-learning modules and face to face training are all available on the Royal College of Pathologists website.2,3 Updates are available on the National Medical Examiner website4 together with further information about the extension of medical examiner scrutiny to non-coronial deaths in the community.5

Updates are available on the National Medical Examiner website.

The medical examiner system forms part of the death certification reforms. Some changes were introduced in the Coroners and Justice Act 2009.6 The 2019 Notification of Deaths Regulations7 made it a legal requirement to notify deaths to the coroner in writing in a number of situations. The Coronavirus Act 2020 brought some easements of the processes involved in death certification8 and it is hoped that the government will extend some of these permanently. There is significant work being undertaken, including the production of an electronic Medical Certificate of Cause of Death, which it is hoped will bring the administrative processes into the digital world of the 21st century. The Cause of Death List9 is also a very useful additional aid. The Confidentiality Advisory Group support provides a basis for GP practices to share confidential patient information with medical examiners.

The Royal College of General Practitioners was an initial stakeholder in this process and when the Royal College of Pathologists was appointed as the lead College, the Royal College of General Practitioners continued to work with them concerning matters of education, training and standards. This has resulted in the production of a whole new medical speciality which presents an interesting and valuable opportunity for a new portfolio career for general practitioners. A large number of medical examiners have now been trained and as the system expands into the community it is expected that an increasing numbers of general practitioners will be appointed to these posts. It is expected that all medical examiners will scrutinise deaths that occur in hospitals and in the community.

This is currently a non-statutory system but the recent White Paper10 sets out legislative proposals for a Health and Care Bill which will include changes to the medical examiner system. Under these proposals a cause of death will be registered only after scrutiny by a medical examiner, or by the coroner.

…. it will be a system with which we shall all need to engage in the future.

However, it is recognised that there are significant complexities and pressures involved in the roll‑out of implementation into primary care. An incremental approach is being encouraged to allow local systems to identify suitable first steps for local use, and to build on these. There will continue to be a need for informed discussion to ensure that the implementation proceeds in an appropriate manner, particularly around governance structures that will outline how concerns raised about matters in general practice will be investigated and how it will support learning in primary care. It appears that the Government’s aspiration is to establish the statutory medical examiner system as soon as reasonably possible and so it will be a system with which we shall all need to engage in the future.