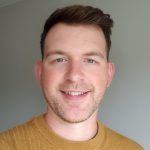 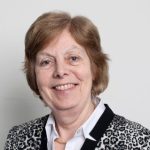 Paul Beaney (left) is a junior doctor working to explore the potential of digital healthcare. He is on twitter: @BeaneyDr

Ruth Chambers (right) was a clinical lead for digital primary care transformation across Staffordshire. She is on twitter: @DrRuthChambers

The pandemic has given us all a taste of what socially isolated and lonely patients must experience year-in-year-out.

The effects of loneliness on health and wellbeing are well understood to be deleterious in terms of mortality, mood and morbidity.1 The ramifications of multiple lockdowns on our wellbeing are steadily being appreciated and there are warnings of a looming mental health crisis,2 not to mention the backlog of delayed diagnoses and planned treatments.

But amidst all of the doom and gloom, there is cause for hope. Like it or loathe it, like a star in the East, digital healthcare has led the way over the past two years, enabling patients to access their clinicians via online and video-consultations along with exciting visions of new modes of healthcare delivery.3 Moreover, it has empowered many of us to stay in touch with friends, family and work. Christmas is a time for staying in touch with family and friends (not so much work) and for helping those who are in need.

But what do you do if you don’t live near relatives or have any close family? For those patients who are on their own at Christmas and for most of the year round there could be a digital miracle available to provide them with some festive cheer.4,5 Earlier this year, we ran a small pilot project to see if Alexa Echo Show smart speakers could be a potential ‘social prescription’ for patients of local social prescribers. One of the variables on which we asked for feedback was social isolation and loneliness, and whether this was affected by having one of these devices at home.

Three of our participants’ stories* are particularly powerful and demonstrate the difference a smart speaker can make to patients who are on their own and unhappy about it.

1. Nick, 51, had a sudden deterioration of his multiple sclerosis and was left unable to walk. His house was not fitted with a lift and the door frames were too narrow for a wheelchair to fit through so while he waited to have a lift put in, he felt like “a prisoner in his own bedroom”.

Bedbound for most of the day he was referred to a social prescriber who thought he could benefit from taking part in the project. He had never considered having a smart speaker before and thought it was ‘unlikely’ that he would have bought one for himself. Initially, he responded to the questionnaire saying that he felt bothered by feeling lonely “everyday” over the past two weeks.

“It’s been a godsend for me …. for someone in my position who is stuck in bed, it’s kept me going.”

When asked the same question again three months later, he said that he still felt lonely but only “some days” as “Alexa takes my mind off my loneliness. It’s nowhere near as bad as before… it’s been a godsend for me. I know that for most people who can go and do things it’s probably not so important, but for someone in my position who is stuck in bed, it’s kept me going.”

2. Noel, 88, lives by himself independently and is partially sighted. His social prescriber referred him into the project to help improve social connectivity and his confidence as he felt so dejected.

He struggled to use a microwave before, so using Alexa was going to be a challenge. But with the help of his daughter Holly, he was soon able to make phone calls and video call his grandchildren and great grandchildren. The fact that he could do it by using his voice alone was much easier for him due to his visual impairment, than trying to use a comparatively small smartphone screen. The knock-on effects of this seemed to give him a boost in other aspects of his life too.

He started painting and going for short walks every day and was not feeling down and depressed as he had been before, and Holly put a lot of this down to getting to grips with the Alexa. Unfortunately he still struggles with the microwave!

3. Carol, 92, who has lived by herself for the last 20 years in a remote area was already socially isolated but felt that the pandemic caused deep feelings of loneliness. Again, her social prescriber recognised her need for support and referred her to our project. Her expectations were very low (‘1/10’ initially) and she admitted she was “a bit petrified of it [Alexa]”. She was bothered by feelings of loneliness “most days” and said that she had “too many dark days recently”. With support from us and her social prescriber she got the Alexa set up. Three months later she was emphatic about how the device had exceeded her expectations. She described how her mood had improved and how she didn’t know how she got on without it before. She was able to listen to music from the past which brought back happy memories. Movingly, she explained that “it’s a constant, it’s always there for me, even when I don’t feel like talking to anyone else. In fact, it’s like someone is actually there, it answers my questions instead of the usual blanket of silence I had before.”

Recent developments in technology and redesigned workforces that include social prescribers in primary care has clearly had a huge impact on our patients’ lives, mostly it seems for the better.

“It’s like someone is actually there … instead of the usual blanket of silence I had before.”

Whether smart devices such as Alexa could one day actually be a viable social prescription is a question that warrants proper investigation. Of course, there are the age-old problems of cost, data privacy and security to overcome. However, given that real human contact is in short supply and cannot ever be there 24/7, maybe we should think twice before dismissing the potential these devices offer, especially as the need is possibly greater than ever before.

Indeed, for those who are socially isolated and lonely all year round, perhaps smart speakers could provide sufficient cheer and comfort so they won’t be quite so lonely next Christmas. “Move over Elvis… Alexa, can you play ‘All I Want for Christmas is You?’”

* All patient names, details and diagnoses have been changed.

The doctor will see you now

Hybrid conferences offer a reduction in environmental impact, allow those who cannot attend in person to