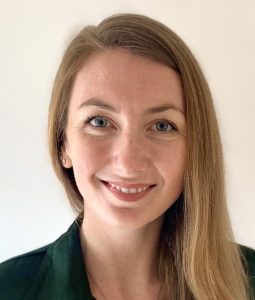 William Osler reputedly said, ‘A physician who treats himself has a fool for a patient’. This Oslerism has been re-expressed many times by medical institutions and their members, and guidelines advising against doctors self-treating are prevalent throughout medical licensing boards, including the General Medical Council. Yet, in a systematic review of doctors’ health and barriers to care, between one-quarter and almost all doctors reported ‘self-treatment’.1 Importantly, the process by which a doctor might recognise a potential medical problem they are experiencing, and adopt the role of patient to seek treatment from a GP, can be blurred.

Within the general population, reasons individuals avoid seeking medical care include unfavourable relationships with medical care; low perceived need to seek medical care; expectation that illness or symptoms will improve over time; high cost; lack of health insurance; and time constraints.2 Many sociological theories describe the unique and complex experience doctors face as patients, with perceived barriers to accessing medical care beyond those experienced by the general population. Hahn describes the concept of the ‘medical self’, which can impinge upon a doctor’s ability to adopt the role of a patient.3 Embarrassment was a recurrent theme identified as a reason doctors did not seek care in a systematic review, with one study reporting that 71% of doctors felt embarrassed when seeing another doctor.1 4 McKevitt and Morgan explain how such embarrassment can encompass a range of experiences, from general discomfort with the patient role, to concern that their treating doctor might think that they were over-reacting to a trivial illness.5 In a qualitative study of physicians experiencing long COVID, Ladds et al. describe how the anxiety surrounding role ambiguity or reversal can result in minimisation of patient issues as a protective coping mechanism.6

In my own experience as a junior doctor, embarrassment at the thought of ‘making a fuss’ has resulted in reluctance to seek medical care. When I noticed a new mole on my back that met all of the ABCDE melanoma detection criteria, which I would have recommended evaluation by a dermatologist if I saw it on a patient, I dismissed my basic diagnostic observations and assumed a sprinkle of hypochondria was at play. A friend and colleague arranged a biopsy appointment on my reluctant behalf (the biopsy showed severe dysplasia, and the site was re-excised with a simple procedure).

A doctor’s reluctance to seek healthcare has important implications for both the provider and their patients. Although healthcare professionals have been shown to have lower rates of smoking, obesity, diabetes, hypertension and coronary artery disease,7 mental illness is a particularly notable consideration, with increased rates of burnout, depression and suicide in medical students and physicians compared to the general population. 8 9 In a survey of 2106 female physicians, almost 50% of respondents believed that they had met criteria for mental illness but not sought treatment, with key reasons including belief that diagnosis was embarrassing or shameful, belief that they could manage independently, limited time, and fear of reporting to a medical licensing board.10

Increased dialogue about the unique nuances of physicians adopting the role of ‘patient’ should be supported throughout medical training, with emphasis on the fact that illness does not represent ‘weakness’ for our patients or for ourselves and does not warrant embarrassment; and that our ability to make clinical decisions about our own symptoms is not reflective of our skills in our professional roles as doctors. Indeed, experience of being a patient can help doctors to establish an empathic understanding of their own patients’ situations, a skill essential to the development of a therapeutic relationship. Historically, Plato wrote in the 4th century BCE that the most skilful physicians were those who had suffered from illness themselves, and transculturally, in certain ethnomedicine traditions healers are chosen as a result of their personal experience of severe illness.3In the aftermath the COVID-19 pandemic, physicians with both patient and provider experience of healthcare systems have offered invaluable service recommendations.6 The role of patient need not challenge a doctor’s ‘medical self’ at all, but can support doctors in achieving empathetic therapeutic partnerships, benefiting both patient and physician health.

Planetary health and sustainable primary care: What does this mean for a GP curriculum?

The Last King of Scotland: Using a movie to explore family medicine residents’ understanding of professionalism

Increasing capacity to teach medical students in general practice in the UK: there’s a will, is there a way?