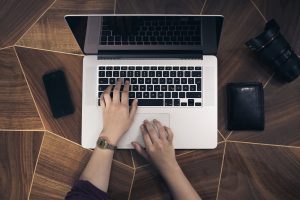 Perhaps I have had a run of bad experiences but I sometimes feel that our secondary care colleagues are beginning to act as technicians and not physicians, directing themselves to a particular task to rule in or rule out a particular diagnosis, and ignoring the fact that the patient is suffering from symptoms, not from a diagnosis. For instance, you may refer a patient complaining of acute onset shortness of breath to the medical team, querying a PE, to have them sent back to you with ‘no exertional desaturation, d-dimer negative, no evidence of PE’. So now you find yourself with a breathless patient who mere hours before was tantalisingly close to investigative possibilities that would have given you an explanation for their breathlessness, but who is now back in the community, still breathless, and as distant from those investigations as they were when they first came to you.

I don’t hold this against those working in secondary care, they are usually as swamped as we are, and they get given a task, get on with it, and then move on to deal with the mountain of other tasks awaiting them. But this task based approach to medicine makes for some very clunky and uncoordinated care for patients with complex or difficult to diagnose conditions. These patients can end up batting back and forth to the hospital being seen by different specialists in different specialties to get the investigations that they need.

It may just be the local guidelines and protocols where I work but I often feel that I make referrals simply to get a particular investigation done. Colonoscopy for example. There are certain patients who clearly need a colonoscopy, such as those with suspected inflammatory bowel disease. I can take the history, take the bloods, check the faecal calprotectin but then, at the final diagnostic hurdle, I have to refer, and so my patient will wait weeks to see either an SHO or a registrar in clinic who will take the history again, probably repeat the bloods, and then agree that they need a colonoscopy.

Part of the problem has been the inverted investment strategy of the last decade that has seen the number of hospital consultants increase at double the rate of GPs. This burgeoning cohort of consultants are sustained in purpose by the artificial rationing of investigations and the production of guidelines where every step is caveated with the advice to consider referring to a specialist.

Clearly resources are finite and we will always need appropriate stewardship of diagnostics but is this not best done at arms-length by specialists, rather than with face-to-face consultations?

In this month’s BJGP Sampson, Barbour and Wilson explore the use of email communication between primary and secondary care and their findings suggest that its use is patchy and limited.1 But should this not be the default means of accessing secondary care investigations for the majority of our patients? A brief email exchange between GP and specialist to guide and rationalise investigations is surely a far more effective use of everyone’s time and money than sending patients to have an outpatient appointment to have investigations arranged that could have been arranged weeks before?

As outlined in the same paper, there are some potential problems with email communication, particularly around the issue of confidentiality, but there are already systems in use around the country that have overcome these issues. Surely the use of these should be much more widespread.

NHS England’s Five Year Forward View has lofty ambitions of moving care back into the community. Allowing GPs much freer access to the full range of diagnostics will hugely facilitate this aim.