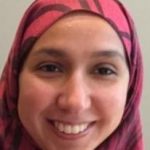 Jamila Sherif is a GP, trainer and appraiser based in Harrow, North-West London. She is a member of the Muslim Doctors Association and engaged in addressing health inequalities.

Muslims form one third of the Black and Minority Ethnic (BME) group in the UK and are an ethnically diverse group, 68% being South-East Asian and 32% non-Asian. There is substantive evidence of racial inequalities in healthcare and of the key role played by structural and institutional racism.1 There are alarming accounts of Islamophobia and discrimination from healthcare staff towards patients in primary care.2 While there is growing acknowledgment that women from BME groups have poorer health outcomes at every juncture across their life,3 there is a dearth of research concerning Muslim women’s experiences of health care to help us understand the reasons behind this. Their voices need to be heard across the spectrum of ethnic diversities, immigration histories and ages, as experiences and health care needs are distinct.

There are alarming accounts of Islamophobia and discrimination from healthcare staff towards patients in primary care.

There is no doubt the quality of care patients receive is influenced by their social group and the inferences consequently made by health care professional (HCPs).4 The Royal College of Obstetricians and Gynaecologists (RCOG) highlights that racial bias plays a part in poorer health outcomes for women from BME groups by “negatively influencing diagnosis and treatment options and indirectly affecting medical interactions​ and experiences of care.” This brings to mind derogatory stereotypes, such as “Bibi (or Begum) syndrome”, “Bibi-itis or “all over body pain”, applied by HCPs, to older, Pakistani and Bangladeshi female patients who present with non-specific complains or symptoms that are perceived as exaggerated. Such stereotyping impacts on the judgment and decision making of HCPs, leading to disparities in medical outcomes.4 Racial and religious biases undermine Muslim women’s experience of care and perpetuate existing health care inequalities.

HCPs are often susceptible to implicit biases, relating patients with certain traits due to their social group status, and these associations can influence the judgments they make about the patients and their conditions.4 Based on anecdotal experience, the “Bibi syndrome” is a common, negative implicit or unconscious racial and religious bias within the NHS that can give rise to delays or misdiagnosis of serious medical conditions. All HCPs need to be aware of and address unconscious bias. The RCOG calls for the recognition of the presence and impact of implicit racial biases to eliminate health disparities and the need for awareness amongst clinicians of the ways it can influence practice and health outcomes.3 The widespread and longstanding application of the “Bibi syndrome” stereotype suggests that HCPs grapple with illness presentations in older women from Muslim communities and that current training does not equip them to appropriately appreciate, understand and manage the cultural diversity of symptom expression.

Stereotyping impacts on the judgment and decision making of HCPs.

There is currently a much-needed focus on the inequality in maternal mortality risk with growing awareness that maternal and perinatal mortality in pregnancy is five times higher in black women and twice higher in Asian women compared with white women.5 Health inequalities arise due to a combination of discrimination based on race, religion, culture and socio-economic inequality.  A qualitative review of Muslim women’s experiences of maternity services pointed to a failure to provide appropriate care to BME groups and found that the majority of women experienced poor quality care which at times indicated stereotypical and discriminatory behaviour.6 There is evidence of poor communication with HCPs, cultural misassumptions held by HCPs and lack of culturally sensitive care as barriers to appropriate care.6 An appreciation of cultural and religious diversity is required so that HCPs do not come across as insensitive to Muslim women’s needs, leading to a breakdown in trust and poor outcomes.

The RCOG points out the “racial disparity in maternal mortality is the most devastating consequence of ​a wider trend towards poorer outcomes that we know permeates through all aspects of women’s health care​ ​and throughout their lives” and highlights inequalities in access and outcomes of fertility treatment as an example.”3 Analysis from University of Warwick shows HRT prescription rate was 29% lower in GP practices from the most deprived quintile compared with the most affluent7 and as people from the Pakistani ethnic group more likely than white British people to live in the most deprived neighbourhoods this finding is likely to reflect HRT prescribing in Pakistani women. Experience in general practice certainly suggests low HRT prescription rates amongst Muslim women due to a combination of language and cultural barriers and lack of access to appropriate information and care. Research focusing on ethnicity and religion, women’s understanding of the menopause and HRT and experience of care in this area is much needed.

In 2019, a report published by the Muslim Council of Britain (MCB), found persisting health disparities amongst older Muslim women.8 Drawing on the last decennial census for England and Wales, a key observation of the report was that 38% of Muslim women, aged 65 or above, self-declared bad or very bad health compared to 16% for all women in England. This finding may reflect poor experience of healthcare in part due to racial and religious biases, barriers to healthcare access and unmet care needs, including mental health. Strikingly, within the South Asian community in England and Wales, research has indicated that older South Asian women seem to be an at-risk group of suicide.9

Analysis of 2020 data from the GP Patient Survey (GPPS) starkly exposes persisting religious and racial inequalities in primary care. Muslim women encounter discrimination and greater barriers in access. 18% of Muslim women reported that they did not find reception at their GP practice helpful as opposed to 11% of all other women. Muslim women had a poorer experience of making an appointment (22% versus 17%). A lack of religiously and culturally sensitive care and empathy is evident. While 10% more Muslim women, compared to other women, had a preferred GP they wish to consult with (perhaps reflecting a choice for a GP of same gender and language, religious or cultural background or with hight levels of empathy and good listening skills), 10% fewer Muslim women were able to consult with their preferred GP. They were less likely to feel that the HCP they last saw was good at listening to them, giving them enough time or treating them with care and concern.

Muslim women were 7% less likely to feel that the HCP recognised and/or understood any mental health needs that might have. Neither did they feel as involved as they would have liked to be about decisions regarding their care and were less likely to agree that their needs were met by the GP appointment. They had a poorer experience overall of their GP practice. The above findings correlate with worrying accounts of Islamophobia towards patients in primary care. A qualitative study of asylum seekers and refugees experience of access to primary care, found that the participants, who were mainly from Muslim countries, reported discrimination at GP surgeries relating to their race, religion and immigration status.2

Research is needed to understand Muslim women’s experiences of health care and the key role racial and religious biases play in their inferior encounters of health care and outcomes. In order to curtail health disparities HCP training needs to include an appreciation and understanding of religious and cultural diversity and how to address stereotyping operational in inherent bias. If HCPs take time to really listen and understand, automatic stereotypes can be overcome.