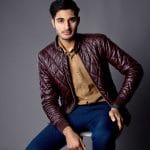 Jatinder Hayre is a medical student, researcher and campaigner, with an acute interest in health inequalities and the social determinants of health. Recently he co-authored ‘SAGE Report 21: COVID-19 and Health Inequalities’. He is also a member and spokesperson for Keep Our NHS Public and partakes in journalism. He is on Twitter: @JatinderHayre_

Every day at Operose Health at 11am. Sharp. The staff are instructed to take a 10 minute “pause”. In other words, what used to be called the humble tea break. And in many ways, this epitomises what private healthcare is all about; they try to reinvent the wheel, and what we’ll end up with is a flat tyre. In truth, private sector involvement in healthcare is a deeply unpopular prospect, with 76% of Britons wanting an end to privatisation of health services. The old adage of the NHS as “the closest thing the English have to a religion” still rings true.

Why then, is US corporate giant Centene, a Fortune 500 company listed on the New York Stock Exchange and uncoincidentally the parent company of Operose Health, now in control of 58 GP surgeries across the UK: making it the largest GP network in the UK?1 This is what the reality of privatising the NHS looks like, covert not overt. Still publicly funded, yet privately provided. Allusion without answerability.

US corporate giant Centene …. [is] now in control of 58 GP surgeries across the UK, making it the largest GP network in the UK.

A chain of events brought this about. AT Medics, operating 37 GP practices across London, was attained by Operose Health, which is the UK subsidiary of multi-billion-dollar company Centene.2 Operose Health currently runs 21 GP surgeries. Together, the 58 GP surgeries under Centene’s corporate hand covers approximately 530,000 unwitting patients.1

How has this been allowed to happen? The answer finds its origins in 2004, with the advent of the ‘Alternative Providers of Medical Services’ (APMS) contracts allowing the infiltration of private corporations into primary and secondary care provision. The APMS model has been greatly expanded in the past decade, to the extent that a multi-billion-dollar US corporation can penetrate deep into primary care services in the UK. With the push for a US-UK trade deal, many feared exploitation of our NHS by US corporations, prompting 75% of the British public favouring the NHS to be protected from such a trade deal. Though, unbeknownst to many is the US corporate takeover is not a future prospect but a present reality. The invisible hand of the private sector is amongst us.

Yet, against the invisible hand of the private sector, the visible hand of the politician must protect the public interest. The Centene Corporation’s takeover is not without consequence to people like you and I. Namely, the deterioration of care. Private sector owned GP practices have traditionally failed to employ permanent GPs relying, instead, on locum provided care.3 This is shown to be suboptimal, and second-rate to permanent GPs. Locum doctors may disrupt the continuity of care, especially in complex patient cases. A recent model indicates disruption of care may affect multiple domains: failure to adequately assess the patient, failure of communication between doctor and patient, inappropriate response to a recent investigation, and delayed diagnosis of cancer.4 Privatisation often robs doctors of their professional autonomy and subverts patient-centred work into profit-centred work. This is an oft-cited reason why GPs leave the profession early.4 Yet, we have a health system which is dangerously short of 9,000 GPs,5 with the shortest consultation time of any economically developed nation.6 Survey data based on more than 8,000 GP practices compared mean satisfaction scores for practices run by APMS contracts with those run by the standard General Medical Services (GMS) contract. The study showed APMS to be substandard on four out of five key indicators: frequency of consulting a preferred doctor, ability to get a convenient appointment, rating of doctor communication skills, ease of contacting the practice by telephone and overall experience.7 With this in mind, can we really afford to let the Centene experiment in GP practices continue?

The study showed APMS to be substandard on four out of five key indicators.

An inconvenient truth to the profiteers and privatisers is that GP surgeries do not operate like small businesses, in the traditional sense. It is true that GPs have been self-employed since 1948, however, GPs cannot sell or advertise their surgeries like a small business can. Neither are GPs answerable to shareholders wishing to maximise return on their investments. The GP is a pillar of a local community; a GP surgery invests in a community and generates local social capital. Though, with offshore corporations conquering the primary care service, this community investment approach may be lost in favour of market driven dynamics. A comparison between traditional GP practices and the new APMS corporate run GP practices is a fallacy.

In fact, the unaccountable market dynamic was soon realised in Valencia.

“Reversión de la sanidad privatizada” the Government of Valencia announced. Literally “reversal of privatised healthcare”. But what prompted such a move? The answer is Ribera Salud, a Spanish healthcare company currently under police investigation for fraud, overcharging and issues with subcontracting.8 The company’s practices led to a complete reversal of a once popular policy. But 90 per cent of Ribera Salud is owned by Centene, the same Centene running the 58 GP practices under its UK subsidiaries.9 A glimpse into the future of how bad things may become.

What makes private healthcare so easily exploitative of us, the unwitting patients, is the asymmetry of information. Nobel laureate, Kenneth Arrow used the analogy of the medical market not being a simple product such as a box of screws, instead it is subject to major information asymmetries, as the healthcare professional will usually know more than the patient. This is the inherent danger of privatisation, to us, the eventual patients.

In Medicine, we have a term for when the medication becomes the malady: iatrogenesis. Examples are innumerable: anticoagulation medication saving you from a heart attack but causing a massive bleed in the brain. Or being the unfortunate 1 person out of every 2000 people developing cancer from a CT scan. And if the struggling NHS was our patient, subjecting it to privatisation by US corporations would be no different from iatrogenesis, the treatment being far more destructive than the current state. But by no means is this a treatment. Many of the US corporations making in-roads into the heart of NHS have been involved in fraud cases. United Health paid $2.9 billion, McKesson paid $350 million, Aetna paid $170 million. All of these corporations are already involved in the provision of publicly financed NHS services.10 And now, Centene joins the growing club in managing the “NHS PLC”.

Many of the US corporations making in-roads into the heart of NHS have been involved in fraud cases.

The NHS has been held in such great reverence, and such reverence is not without rationale. Despite, funding for the NHS being the second-lowest in the G7 at just £2,989 per person, the NHS was ranked as the best healthcare system in the world by the Commonwealth Fund, besting private insurance and public-private models. The optimum treatment for the NHS is not iatrogenic reinvention, but to maintain the publicly funded-publicly provided infrastructure.

It’s easy to envisage within the next few years of visiting a GP practice, owned and operated by Operose Health, referring you in your time of need to a hospital operated by another private provider. An NHS butchered and fragmented. Even though this will still be free at the point of care, in line with Aneurin Bevan’s principles, it is not without consequence. So, the doctor will indeed still see you; but, how and why, that’s a different matter altogether.

Episode 022: Exploring the role of gut feelings in how GPs diagnose cancer