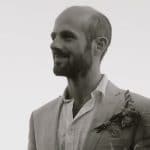 Giles Dawnay is a recently qualified GP and writer from Herefordshire. Visit his website at www.gilesdawnay.com and find him on Twitter: @gilesdawnay

Ihave to start this article by saying when I heard about the TV adaptation of Adam Kay’s reflective portfolio memoirs I wasn’t sure whether I really had the heart to watch this new series on BBC iPlayer.

The book, although deeply and utterly compelling, revealed dark and uncomfortable access to the inner thoughts of a beleaguered and drowning junior doctor. Things we perhaps have all thought at one point or other but would be horrified if anyone ever heard them, let alone our patients. I wasn’t sure I could endure this in visual format.

However, from the off it is clear that this is a much more adapted version. The series follows ‘Acting Obstetric and Gynae Registrar’ Adam as he attempts to keep his head above water in an utterly dysfunctional but disturbingly familiar NHS hospital. However, it soon becomes clear that there is a story to be told, not simply a collection of hilarious and horrifying memories. Without wanting to give too much away, over the seven episodes there seems to be a genuine exploration of what it is like to be a junior doctor, not only through Adam but also his junior Shruti, for whom he is meant to be acting as mentor.

I found it to be compelling yet painful watching

The series weaves together the many paradoxes of what it means to work in the NHS. The glory and chaos, the elation and visceral pain, the variety of the patients and the grimness of the hospital setting, the tenderness and viciousness of one’s colleagues, the vice that signing up to a vocational job has on one’s ability to walk away, the sense of utter aloneness when finishing yet another night shift with no one even noticing.

I found it to be compelling yet painful watching. The characters are real and nuanced, none are heroes yet also intriguingly none are villains either. Everyone making the decisions they need to keep going and keep their head above water. From the phantom-like and deeply menacing consultant Mr Lockhart, the savvy ‘say it how it is’ Mrs Horton, the bewildered registrar Adam who is having to juggle so many plates in the air to keep going, the wide eyed and extremely vulnerable newbie Shruti for whom there is no one to provide safe shelter. The streetwise ward Sister Tracy and her less confident equal ‘non-reassuring’ Trace, these are all characters we have met before in our previous hospital lives. These are people we are likely to meet again in our referrals and interactions with secondary care.

We see the impossibility to maintain a personal life, the real pressure that dealing with the General Medical Council has, the sense of watching a slow-motion car crash as exhaustion wraps its tentacles around those involved, the fact that not all patients are easy and pleasant, the unspoken alpha competitive nature that exists in medicine as we aim to get where we believe we need to be.

We see how impossible it is to relate what we do to an unknowing outside world: One scene in particular jarred me as the deeply jaded Adam in a rare moment opens up about how blown away he was by ‘actually saving someone’s life’, and his partner interrupts by taking a call half way through to organise a night out and cuts him off dead.

Then there is sense of trauma that is inherent to the job. Adam makes a mistake in episode one that sets the story rolling. He is constantly haunted by what has happened for many reasons yet has no outlet, no one he can turn to. The machismo of western medicine demands he ‘suck it up’ or witheringly comments ‘what did you expect?’ In the medical bubble we normalise the deep anxiety and fear that we have all felt in times of being utterly out of our depth. It hardens us and we lose our healing capacity to be vulnerable to others in the process. See one, teach one, do one.

It is hard to know what the non-medical public might make of this series, but I can fully say that this is worth the effort to watch. Be warned, it will hurt, but perhaps that may not be a bad thing.

Fantastic review Giles. I’m not a medic and hold you and any one who does this a blooming champion.

Some great rolling sentences of listed descriptions. Two that stick out- see one, teach one, do one. And ‘finishing another night shift…’

Where is the sales pitch for NHS primary care careers?

Ode to my GP colleagues

Hannah Weston-Simons shares an ode to her GP colleagues

This is Going to Hurt: Reflections for medical training