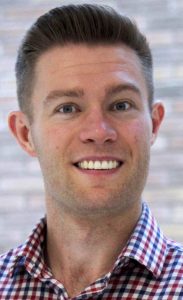 Since the initiation of the Russian invasion of Ukraine on 24 February 2022, over 4.7 million refugees have fled into neighbouring countries to the west,1 while over 7 million people have left their homes in the heavily bombarded northern-central and eastern regions but remain in-country.2  These internally displaced people (IDP) – including babies, children, adults and the elderly – have travelled west to the relative safety of neighbouring regions.  For example, over 400,000 IDP have migrated from Kharkiv into Poltava Oblast immediately to its west, which at the time of writing has sustained little Russian aggression.3  Many of these people – disproportionately of lower socioeconomic status and with fewest opportunities to leave the country, while simultaneously bearing the greatest burden of disease – are accommodated in temporary evacuee centres fashioned from repurposed buildings such as schools, nurseries and gymnasiums, often situated in villages surrounding major settlements.

…over 7 million people have left their homes in the heavily bombarded northern-central and eastern regions but remain in-country.

While hospitals in and around cities under assault are flooded with patients having sustained extensive traumatic injuries, primary healthcare in regions hosting IDP increasingly strains under the enormous pressure of mass migration.  Accordingly, IDP face substantial barriers to accessing essential healthcare in Ukraine’s over-stretched and under-reform primary health system, which is officially state-funded yet considerably supplemented by out-of-pocket payments.4

As war broke out, millions of IDP abandoned their homes with only what they were able to carry.  Without a supply of, or reliable access to, regular medications and health monitoring equipment, control of both chronic communicable and non-communicable diseases quickly deteriorates within IDP populations.  Before managing to flee, many sheltered from Russian shelling for extended periods in crowded and unventilated underground spaces patently unfit for human habitation, and now consequently suffer from infections, infestations, and musculoskeletal disorders.  Prior to escape, many IDP sustained extensive psychological trauma through the violent loss of their neighbours, friends and family members, and the destruction of their homes, livelihoods and local communities.  This burden of physical and psychological disease significantly contributes to the conflict’s indirect morbidity and mortality, and stands atop the usual and continuing primary care disease burden in both IDP and resident populations in a country with concerning background rates of cardiovascular disease, tuberculosis, and infant and maternal mortality.5

Along with municipal buildings, vital infrastructure and residential accommodation, many healthcare facilities have been attacked and destroyed.

As Russian troops leave the northern-central regions of Ukraine in preparation for their intensified assault on the east of the country, many IDP are returning to what remains of their homes and communities.  Along with municipal buildings, vital infrastructure and residential accommodation, many healthcare facilities have been attacked and destroyed.6  This will only further increase the growing stresses on both the region’s primary and secondary care services, and thereby exacerbate the war’s indirect impact on morbidity and mortality of Ukrainian non-combatants.

Until it concludes, the direct and indirect morbidity and mortality of Russia’s invasion of Ukraine will continue to grow.  Under such conditions, not only will hospitals dealing with traumatic injuries reach and surpass their breaking point, primary healthcare will do the same.

Internet shutdowns are government interventions motivated to intentionally disrupt access to, and the use of, online