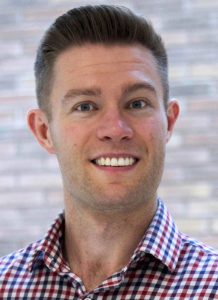 Richard Armitage is a GP and Public Health Specialty Registrar, and Honorary Assistant Professor at the University of Nottingham’s Academic Unit of Population and Lifespan Sciences. He is currently providing primary care to internally displaced people in the east of Ukraine. He is on twitter: @drricharmitage

Much attention has been focused on the nearly 5 million refugees that have left Ukraine since the beginning of the Russian invasion of the country on 24 February 2022,1 and calls have been made to secure essential resources – including finances, facilities and healthcare – to safeguard the physical and mental health of this vulnerable population in its receiving countries, 2,3,4 including the UK.5  However, while these calls for compassionate humanitarianism are entirely appropriate and immediately required, the provision of crucial assistance to the vulnerable populations that still remain in Ukraine – groups that are likely to harbour health needs that are generally greater than those that have fled the country – must be urgently delivered.

As such, the general rule holds that ability to escape Ukraine is positively associated with socioeconomic status and good health.

Although many exceptions doubtlessly exist, those that have successfully managed to escape Ukraine, and are now therefore labelled with refugee status, generally have the greatest means by which to do so.  These resources, including higher levels of education, personal contacts in receiving countries, and access to adequate finances and private transportation, not only enable relatively advantaged individuals to reach safety first, but are associated with good pre-existing health status and the capacity to acquire accommodation, food and water, and healthcare in receiving countries.  As such, the general rule holds that ability to escape Ukraine is positively associated with socioeconomic status and good health.

Consequently, those that remain in Ukraine (other than men aged 18-60 years who have been prevented from leaving the country since a general military mobilisation was declared on 24 February 2022),6 especially those in close proximity to hostilities, are disproportionately members of lower socioeconomic groups.  As such, these groups are simultaneously encumbered with the greatest burden of disease, which consists of concerning background rates of non-communicable disease (especially cardiovascular disease, diabetes mellitus, and chronic respiratory conditions) and communicable disease (especially drug-resistant tuberculosis, HIV, and viral hepatitis, alongside low national vaccination rates).4  Accordingly, those of lowest prosperity, poorest health, and highest age are the least likely to have escaped the dangers posed by Russian aggression,7 meaning it is these groups that are most likely to have remained in their homes in assaulted cities such as Luhansk, Donetsk and Kharkiv, or to have fled the shortest possible distances to the relatively safety of Ukrainian cities such as Zaporizhzhia, Dnipro and Poltava.

Paradoxically, it is this same group to which high quality health care is least accessible, thereby creating a variant of the inverse care law in the theatre of active conflict.

Many of those still residing in embattled cities have been sheltering in place for multiple weeks, often below ground level in uninhabitable conditions, or have taken up arms as civilian combatants.  This has created an enormous burden of disease – above that disproportionately borne by these vulnerable groups prior to the war’s commencement – including traumatic and musculoskeletal injuries, uncontrolled chronic disease, acute illness, dehydration and malnutrition, poor sanitation and hygiene, psychological injury, and mental health deterioration.  However, despite the urgency and scale of these health needs, the health systems operating in beleaguered cities have largely collapsed, often as a result of deliberate targeting by Russian forces, while humanitarian assistance is increasingly unable to access the most desperate locations due to intolerable security risks.8  Simultaneously, the vast migration of citizens who have escaped to neighbouring cities within Ukraine – constituting over 7 million internally displaced people (IDP)9 – places an immense and increasing strain on the existing primary and secondary health services in the east of the country, and further concentrates this elevated burden of disease in a state-funded health system that was over-stretched and under reform prior to the outbreak of war.10  While some IDPs access private accommodation in neighbouring cities, the least affluent are accommodated in temporary evacuee centres fashioned from repurposed buildings such as schools, nurseries and gymnasiums, which are often over-crowded and remotely located. Accordingly, it is IDP with the fewest resources that face the greatest barriers to accessing the living conditions and quality healthcare essential for the maintenance and promotion of health and wellbeing.

As such, it is generally those Ukrainians who remain in their home country, especially those located closest to Russian hostilities, who bear the greatest burden of disease and associated health needs, rather than those who have escaped the country and are now refugees.  Paradoxically, it is this same group to which high quality health care is least accessible, thereby creating a variant of the inverse care law in the theatre of active conflict.11  The deep injustice of this situation is entirely unacceptable to the public health, humanitarian, and clinical healthcare communities worldwide, and necessitates the immediate cessation of hostilities in Ukraine, especially those that target non-combatants and healthcare facilities, and the free passage of medical assistance to those Ukrainians who require it most.

Internet shutdowns are government interventions motivated to intentionally disrupt access to, and the use of, online