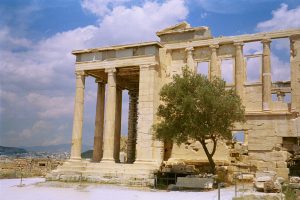 We were in Athens with a couple of hours to kill. Acropolised out, too early for Ouzo. We had seen Socrates’ jail cell (almost certainly apocryphal).  We had seen the remains of Aristotle’s Lyceum, lovingly excavated. We had felt the weight of Pericles and the genius of Phidias. So we had a chance to check out an old rumour that the site of Plato’s academy was now marked only by a Texaco garage. (We had just found a Lidl on the site of the battle of Marathon, so who knows?) There it was on the map, “Plato’s Academy Archeological Park”, just a few miles out from the centre of Athens.

According to Alfred North Whitehead all philosophy is a series of footnotes to Plato. When my out of hours driver had been mind blown by the illusory world of “The Matrix”. I explained that this came from a two thousand year old thought experiment that we call Plato’s Cave. Suddenly my driver was interested in philosophy. Plato tackled the problems of perception and how we can (or cannot) know reality long before Descartes or Kant. He and a few mates created western thinking.

So we asked a taxi driver, gnarled as an ancient olive tree, to take us to Plato’s Academy. He looked confused. “But there’s nothing there.” We say that’s OK, we would just like to see the site and take some pictures. “Well, I haven’t been there for years” he said. We offer him our map, which he declines. We leave the tourist trail, driving through run down streets, the never ending layers of graffiti resembling Jackson Pollock’s stream of consciousness. A corner shop displays its stock of “Essex” washing powder, the finest goods on offer.

Unfortunately we have chosen a taxi driver straight from My Big Fat Greek Wedding. He explained all of Greek history with a running commentary on language and civilization, demonstrating exactly What The Greeks Did For Us, which by a remarkable coincidence turned out to be absolutely everything. Triangulating with what I already knew I reckoned about a third was approximately true, albeit exaggerated. We decided not to mention Lord Elgin.

We reached the area on the map. There was a post apocalyptic park of sorts. A couple of adjacent areas of worn and scrappy grass with a few dejected trees were surrounded by railings within what looked like a condemned South London Council Estate. We drove around randomly looking for something the driver recognized. There were no signs, no indication of an archeological site (surely the only square mile in Athens so deprived). The driver stopped to exchange enquiries with puzzled locals, none of who had ever heard of Plato and all of whom clearly wondered if we needed strong psychotropics.

We settled for jumping out of the taxi and taking random photos of the grass, concentrating on the occasional stone wall, which may or may not have been more than fifty years old. The driver became excited by some stone columns in a lock up yard, but on close inspection they were recent architectural salvage. However we found some overgrown stone ruins behind yet another fence, inaccessible and unlabeled. We declared these to be the ruins of Plato’s Academy, and duly photographed the hell out of them.

Driving off through the dystopian labyrinth we found a structure resembling a grey shipping container with the sign “Plato’s Academy Digital Museum”. It was locked. We walked round and found two elderly Greeks. “Come back tomorrow” they advised. A good suggestion except that by then we would be in France.

We drove back. So many shabby streets. We had not even found the Texaco garage. We heard more dodgy political theory than the whole of Plato’s Republic. How was it that this city, so full of ruins (and so full of itself) could not remember its greatest philosopher? We could find no trace of Plato. Not even a cave.

We sped back towards our hotel. Time for Ouzo and another view of the Acropolis.

Visit bjgp.org to find and read David’s series ‘An A-Z of medical philosophy’. 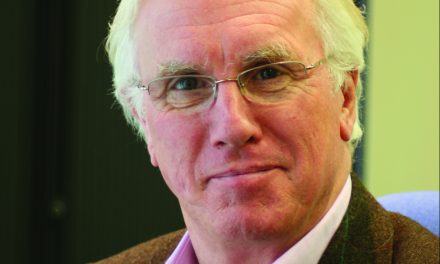 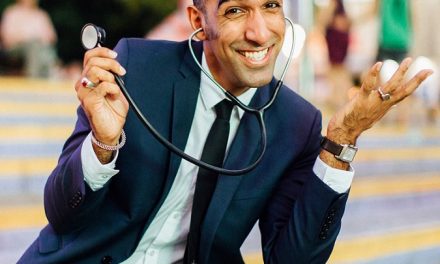