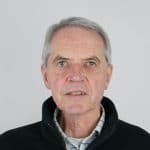 Terry Kemple is a Royal College of General Practitioners (RCGP) National Representative for Sustainability, Climate Change and Green Issues, and was President of the RCGP 2015–2017. He is on Twitter: @TKemple

Before they became infamous, the Sacklers were the unknown family whose name had appeared on museums, universities, and other grand buildings around the world. Even less well known was how the Sacklers had made their fortunes.

The Sackler saga reads like a legal thriller but truth is better than fiction. The story follows the rise of the workaholic tycoon Arthur Sackler in the mid-20th century through to the 21st century disgrace of the next generations of Sacklers. The saga chronicles their hubris in creating and expanding the aggressive marketing of ‘ethical’ pharmaceuticals like OxyContin.

The Sacklers’ philanthropy in giving gifts as a public rather than a private act was not selfless charity, it was a business deal about virtue signalling.

The Sackler saga reads like a legal thriller but truth is better than fiction.

The founder of the dynasty in the mid-20th century was the entrepreneurial genius Arthur, the eldest of three brothers. These three were the older Sacklers.

All the main Sacklers in both generations were medically qualified. Arthur lived in the age of new wonder drugs, and he would both invent and profit from many of the dark arts of pharmaceutical marketing.

His advertising agency was the first to promote Librium and Valium. His medical journal was distributed freely and extolled the benefits of these drugs. His database tracked what products doctors prescribed. The older Sacklers could push through their generation’s light regulations in the advertising and promotion of their products. They could befriend and influence the regulators. They could target and entertain doctors, and nudge them to prescribe their products.

Most modern doctors will be familiar with these marketing techniques. Arthur Sackler probably invented them.

They were the family that bought Purdue Pharma that made bland products like Senokot and Betadine. After Arthur’s death, the two surviving brothers and their families controlled Purdue Pharma and developed their solution to pain.

They bought the UK’s Napp Pharmaceuticals and owned its MST Continus extended-release morphine tablet. Led by Arthur’s nephew Richard, and the need for a new patent protected drug, they believed they had an effective painkiller that lasted for 12 hours and did not cause addiction. They wanted it used as the first choice for all chronic pain. This was the coated opiate tablet, OxyContin.

None of these claims were really true but OxyContin sales rocketed, created billions of revenue, and led to millions of new drug addicts and thousands of deaths. Building on the success of the previous generation, with their friends in high places, using bogus science and aggressive marketing the younger Sacklers found their way through their generation’s tighter regulations to promote their products.

They could still influence the regulators. They could target and entertain doctors even better and nudge them to prescribe more OxyContin. They targeted both the ‘whales’, who were the high prescribing doctors, and the ‘opioid naives’, who were the low prescribers.

There was plenty of blame for all involved. Doctors profited by running the pill mill clinics that prescribed OxyContin indiscriminately and prodigiously. There were countless warnings of drug abuse but Purdue Pharma condemned the patients rather than their product, and went to great lengths to protect their product and their name.

Their argument was that like guns, you could not blame the manufacturer for what people did with the guns. When regulators and the law tried to control this scourge Purdue Pharma usually settled claims to avoid any trial and then buried the evidence. The lawsuits multiplied and merged, and then started targeting the Sackler family directors of Purdue Pharma.

In 2019 the scandal reached its tipping point in the popular media. The legal manoeuvrings continued when the Sacklers offered an overall resolution to give up Purdue Pharma as part of a billion-dollar settlement that protected the fortune the family had already made. This was rejected and Purdue Pharma filed for the bankruptcy that would freeze all litigation. An untidy mess continues as attempts are made to hold the Sacklers to account, and remove their name from their philanthropy.

This is a cautionary tale for all doctors. Arthur Sackler always defended his marketing by stating that doctors would never be seduced into believing false advertising. If that was true, this story of ambition, philanthropy, crime, and impunity, the corruption of institutions, power, and greed would never have been written.

Children forsaken: A brief introduction to the history of child abuse

Can you spot a bully?

This website uses cookies to improve your experience while you navigate through the website. Out of these, the cookies that are categorized as necessary are stored on your browser as they are essential for the working of basic functionalities of the website. We also use third-party cookies that help us analyze and understand how you use this website. These cookies will be stored in your browser only with your consent. You also have the option to opt-out of these cookies. But opting out of some of these cookies may affect your browsing experience.
Necessary Always Enabled
Necessary cookies are absolutely essential for the website to function properly. These cookies ensure basic functionalities and security features of the website, anonymously.
Functional
Functional cookies help to perform certain functionalities like sharing the content of the website on social media platforms, collect feedbacks, and other third-party features.
Performance
Performance cookies are used to understand and analyze the key performance indexes of the website which helps in delivering a better user experience for the visitors.
Analytics
Analytical cookies are used to understand how visitors interact with the website. These cookies help provide information on metrics the number of visitors, bounce rate, traffic source, etc.
Advertisement
Advertisement cookies are used to provide visitors with relevant ads and marketing campaigns. These cookies track visitors across websites and collect information to provide customized ads.
Others
Other uncategorized cookies are those that are being analyzed and have not been classified into a category as yet.
SAVE & ACCEPT